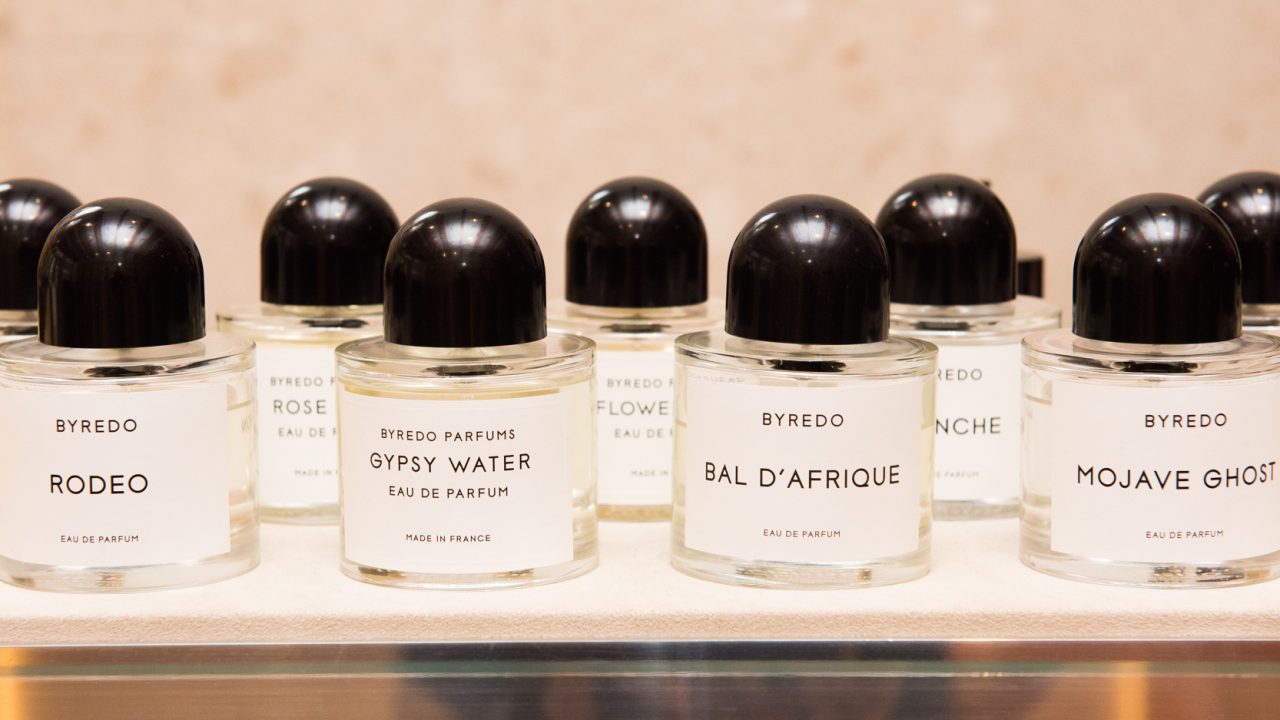 How Byredo Won the Fragrance Game

Ben Gorham tells us how a little company from Stockholm became the coolest brand in fashion in just 10 years.

There are very few brands out there that we blindly follow. Not to mention, buy every one of their launches. Hey, even the best of the best can have a misstep. But there is one brand that can do no wrong as far as we can tell. And that’s Byredo. Everything they do is a win; every fragrance, every candle, every handbag, every novelty (a marble hand cream squeezer?)—we want it all. Of course, it’s hard not to love everything when the products are as high-quality and luxurious as Byredo’s are, but we’re not too above it all to admit that their branding gets us every single time. The purest expression of Byredo is, of course, the Soho store—a little jewel box filled with all the sweet-smelling products you could ever want. While we drop by whenever we have a minute, just to feel like we’re part of something, last week we went for the ultimate visit when their founder was holding court in the back sitting area. Ben Gorham was in New York for a few days to celebrate Byredo’s 10th anniversary, expressly with the latest fragrance, Unnamed (actually though—each person is invited to name the perfume whatever they feel best suits the scent), and a little party later that night. Gorham is the personification of Byredo—unquestionably cool, absurdly handsome, intelligent, friendly. So, what better time to quiz him on how he went about constructing what might be the most universally admired brand ever? 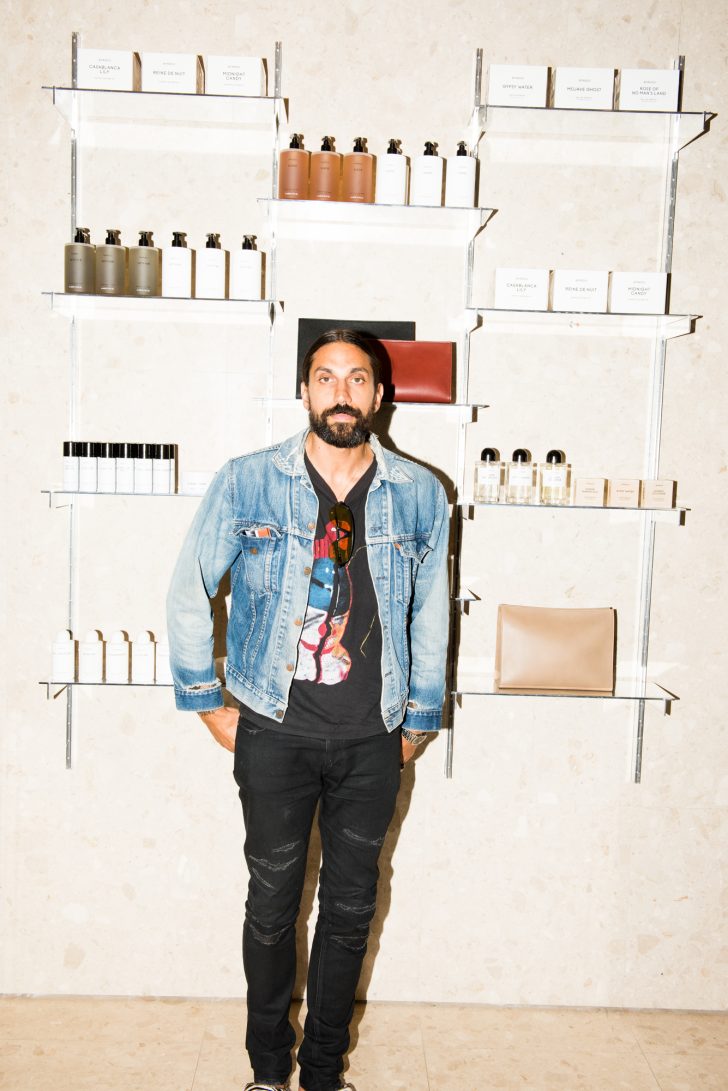 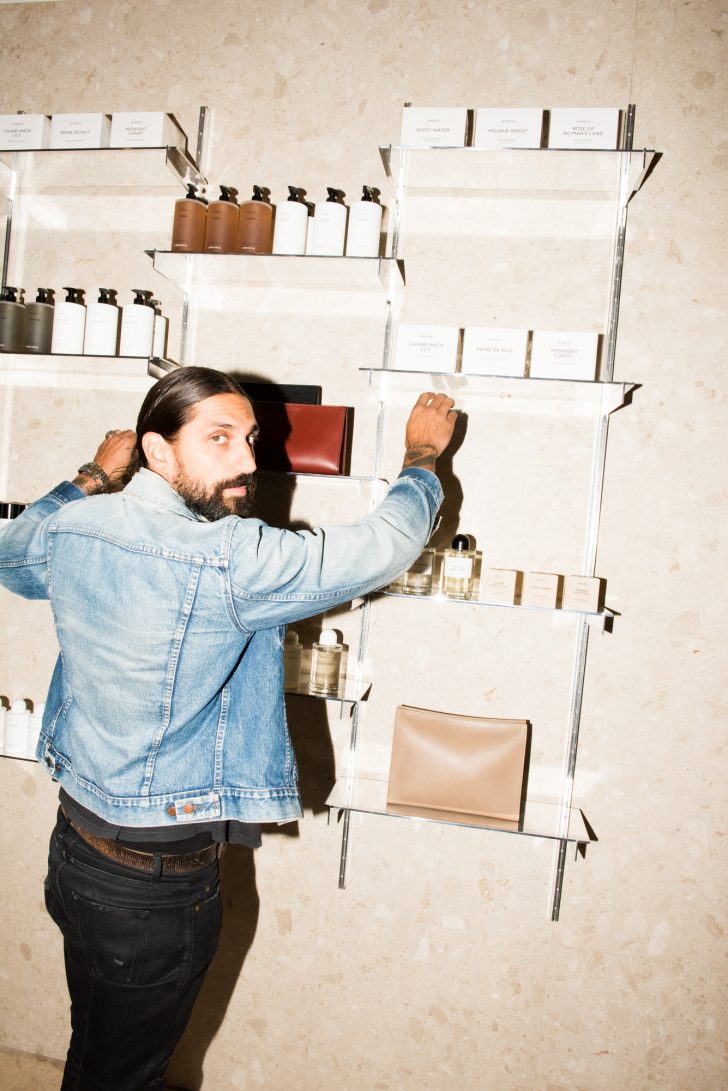 His attitude when he first started Byredo:

“When I first launched, it was what I could see right in front of my hand. I had no ambition and was very naive. Then my appetite grew, and I painted a pretty grand picture of what it could be when I started showing people products—I started realizing that people were receptive. That triggered something.”

“Now it’s obviously a much bigger animal: we have business in 52 countries. We have hundreds and hundreds of different products. And most importantly, we have all these people working for the company. There are so many people contributing to the process in so many ways. It’s really evolved to be much bigger than this self indulgent idea that I was working on. It feels like a real brand and a real company. That’s the satisfying part of looking back at ten years—from what sometimes felt very internal as a process, and being based in Sweden which I still am, you’re quite isolated. It’s like working in a cave. Now we have offices in New York, London, Paris, Tokyo and Stockholm and it feels real.” 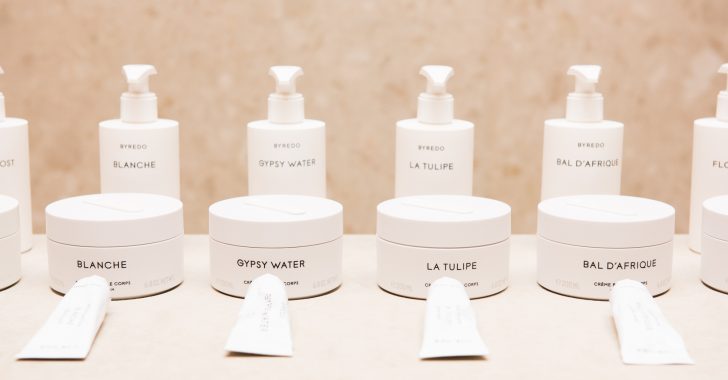 Why Unnamed was the best way to celebrate Byredo’s 10th anniversary:

“Some people would say that when you’ve run out of ideas, that’s where you end up. With the ten year anniversary, it was very much an element of celebration, but also about reflecting and what we’ve learned about the brand and our strengths and weaknesses. One of the things was that the scents were completely subjective. Even though I had no training and no background in fragrance I did something that was very personal to me and our customers have embraced that as well; they made them their own and connected their own narratives. Even though we have fragrance names that trigger interest and imagination, people really create their own connection to a fragrance and what it means to them. That theme was something that’s been around throughout the past ten years and that I thought we’d highlight by this ultimate collaboration with all of our customers. I had someone earlier today tell me ‘Oh it’s great!’ because in this era of personalization—I guess it checks those boxes. Initially it was just about how people—especially our customers—think about smell and what it means to them. As an independent brand you can do these things. For us, it’s part of the DNA—it’s that very subjective, personal approach.

“I can’t describe the notes of Unnamed! You’re supposed to describe it! With the fragrance, I created a brief like I always do. Which had a name and a brief de perfumer. I worked through it with a very specific idea, and then I tore it up. Now you have to smell it and say, ‘Oh! This smells like my grandmother or this is how I imagine outer-space smelling.’” 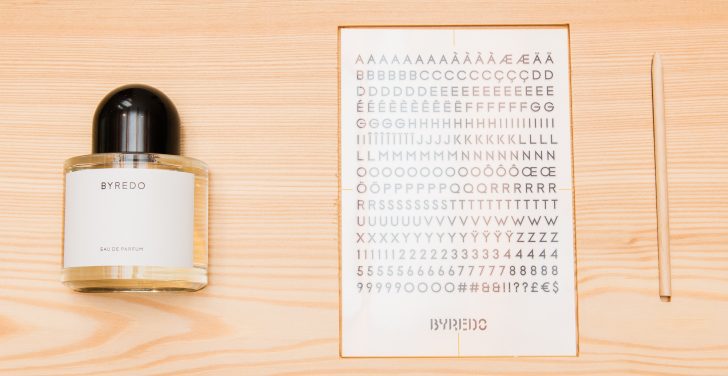 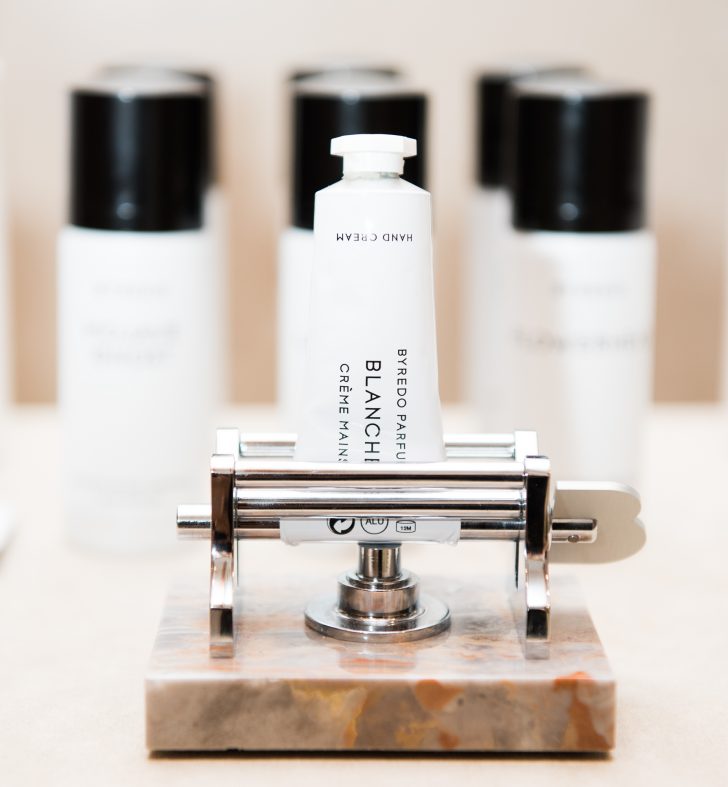 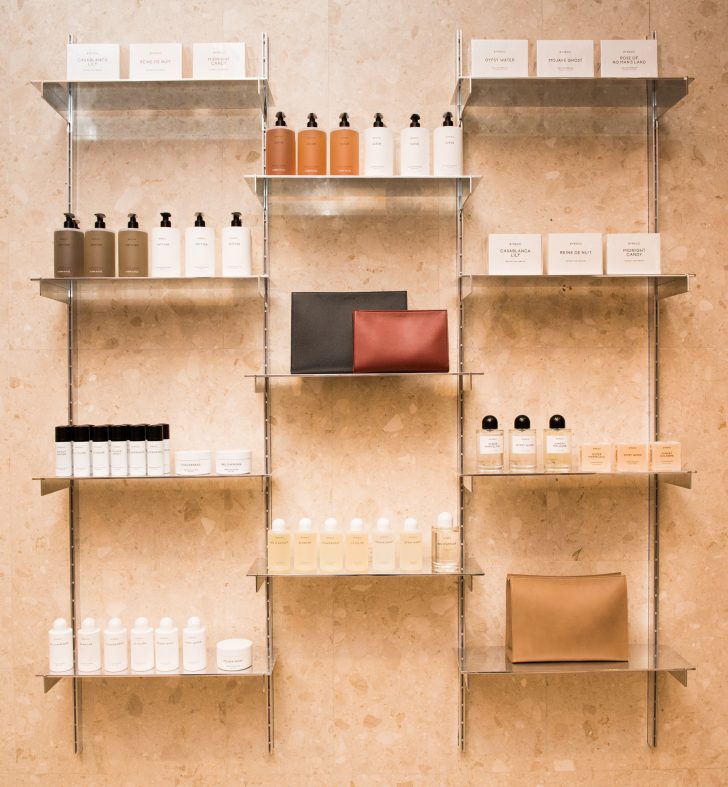 How Byredo’s genius branding came about:

“I spent way too much time with it! It has been an evolution. When I started, I felt that because we lacked the pedigree and heritage of all the successful brands in fragrance and luxury goods I needed to create a backdrop which felt harmless. As we evolved it bothered me that we didn't have that heritage honestly. So two years ago I started a new project with M/M Paris cleaning up all the stuff we'd done. We took away the black frames, we redesigned the logo, which is a stencil as opposed to the serif font that we used before. It was just trying to create a very honest origin that is really relevant without losing an association with luxury and craftsmanship.”

How the bags (launched last year) fit into the brand:

“Leather became an obsession a few years ago, but our process of creating, like with the typeface, translates very well into leather—it’s all handmade in Italy by craftsmen who have been doing it for many, many years. I studied my wife and how intimate a relationship she has with her bag—it's very much like the intimacy of a perfume. Taking that into consideration in designing these pieces, they need to have the same tactility and details of the perfume. But at the end of the day, I chose a commercial path. I'm not an artist—I make products for people to buy, people buy bags and people buy perfumes and I want people to buy knives and toothpaste squeezers. Anything I can imagine myself buying, I try to make.” 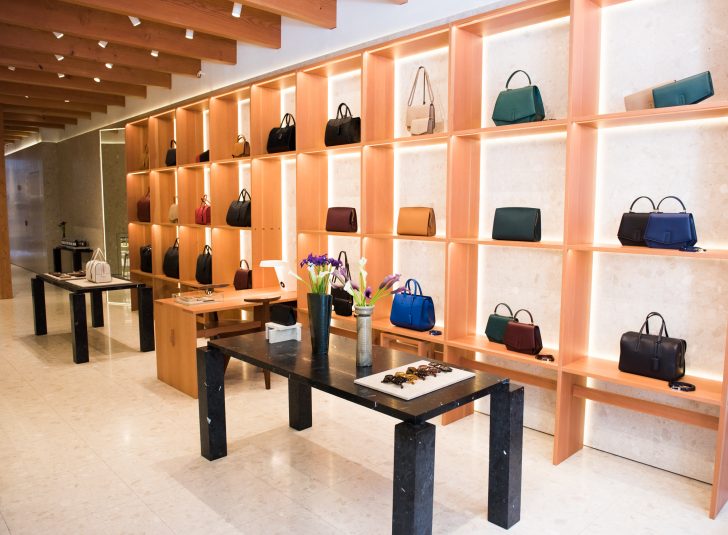 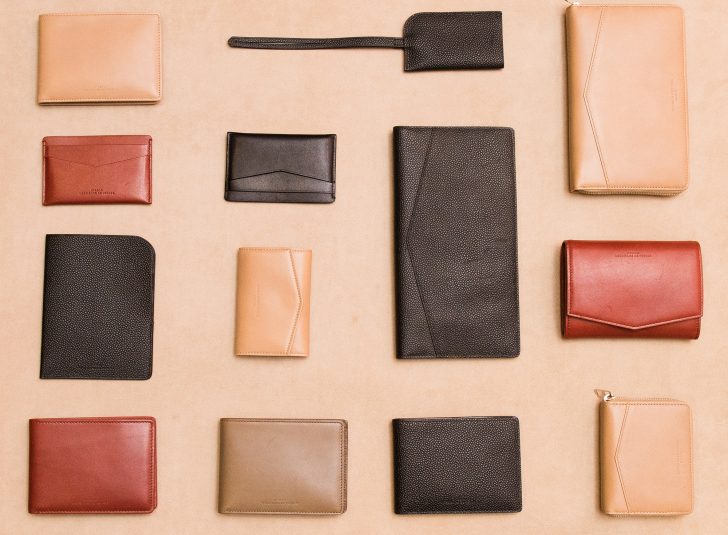 Why the store is so important to the brand:

“Offline is the new luxury—that’s the biggest truth ever. I like the idea of opening a few more stores and I like the idea of selling many of our products only in those stores. One of the foundations for my aspirations associated to luxury was scarcity. I'd like to have things be a bit more special in the way that people experience product.”

Want more Ben Gorham? (Seriously, though, who doesn’t?) His Stockholm home and closet is inside our new book (pre-order it now!)—you can only see it there, in true Byredo fashion.