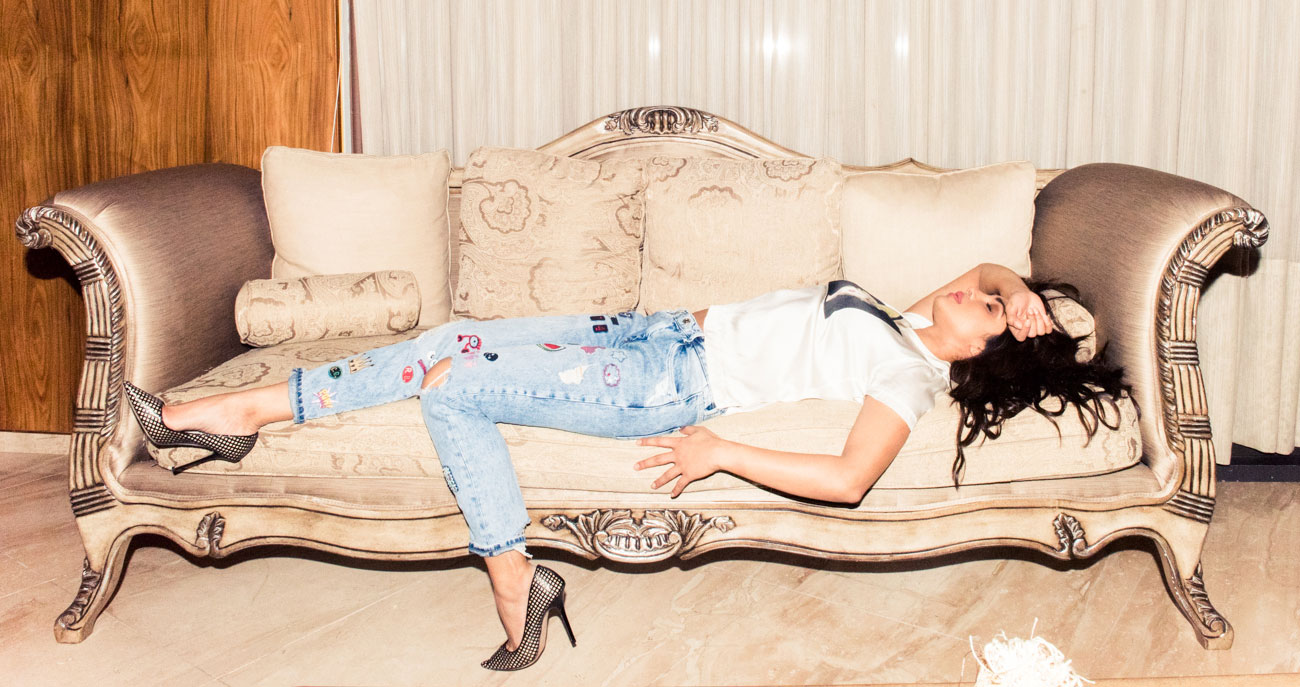 How to Beat the Sunday Scaries in 60 Seconds

Together we can beat this thing.

It happens every week and yet it blindsides us every time: the Sunday scaries. It’s a very specific, visceral breed of anxiety that’s completely unique to the last day of the week—and it’s enough to make a girl hurl her iPhone out the window if she sees one more fucking meme that says ‘a Sunday well spent, makes a week of content.’ The crushing combination of Monday being just around the corner, the weekend ending, and coming back to earth and realizing everything you have to get done this week—plus the potential for PDA (that’s post drinking anxiety)—is all too real. The only real comfort is knowing that it’s near-universal. Here, the tools in our toolbox that help us try to deal.

Sleep In (But Not Too Late)

I’m an actual monster when it comes to sleep. I can happily sleep 12 hours and wake up feeling exhausted. No exaggeration. And the idea of having to wake up early-ish on a Sunday to do anything resembling productivity puts me in a weird cycle of resenting my alarm, sleeping way too long, and then hating myself for waking up so late. Don’t you do that? Lately I’ve been attempting to allow myself to sleep in an hour or two (or three), but not too late. That way, I have enough time in the day to accomplish everything key to defeating the Sunday scaries. Like...

Allow Yourself a Little More Weekend…

If you make the entire day about getting shit done, you’re going to hate every second of it and never have a productive Sunday again. Allow yourself the morning and early afternoon-ish to do real weekend activities. That can look like a leisurely brunch, shopping, or just allowing yourself to revel in being gross and dealing with your hangover.

...But Take the Time to Get Organized, Too.

I don’t know about you, but my Sunday scaries are largely fuelled by feeling unprepared for the week ahead, and doing something that’s productive rather than hiding in bed is the only way to deal (although I totally do the latter, too).

I know that for me, if I don’t take an hour or two to get my life together on Sunday, my entire week is a wash. For me, this starts with grocery shopping. For real! If I don’t take the time to get groceries and prep a bunch of things for meals throughout the week, I’ll end up spending what can add up to hundreds (!) of dollars on eating out. As an example, I’ll pre-cook a bunch of quinoa, a few pieces of protein (chicken or salmon) to throw together for easy lunches; pre-spiralize a half-dozen zucchinis for veggie noodles; and throw soup or chili (or something) in the slow cooker. It’s decidedly unglamorous in its domesticity, but my Saint Laurent sneakers aren’t gonna fund themselves. The bulk of my lunches and dinners are covered this way, and I have the exact same easy-to-prep-the-night-before breakfast every morning: a spinach, Greek yogurt, cinnamon, turmeric and water smoothie. It’s Spartan and not pleasurable, but you don’t have to be a freak martyr like me. Add some fruit in there! Put it all in your mixer the night before, stick in the fridge, and toss it in the blender in the A.M. Done!

You can also take Sunday to do all of the boring errands that are necessary because they’ll help your week run smoothly: laundry, gym, dry cleaning, manicure and pedicure. If you’re feeling especially pro-active, tackle your inbox by spending as little as 15-20 minutes scheduling emails to be sent out first thing Monday morning with an app like Boomerang. Just give yourself a cut-off point, and take baby steps: for a half or full hour of being productive, you earn the same amount of time of uninterrupted lazing and Netflix, or whatever helps you forget about the looming week ahead. Deal?

Re: that whole lazing thing? Make the hours before you head to bed feel like a true Sunday, similar to what we’ve prescribed for that morning. Order in takeout, or make yourself some healthy-ish comfort food (mine’s sushi), grab some wine (or whatever you like to unwind), and watch should-be-a-guilty-pleasure-but-it’s-not TV or a movie. Or go for a walk to a nearby wine bar or park and do the same. Call your mom or long distance best friend. Something that has nothing to do with work and lets you effectively turn off.