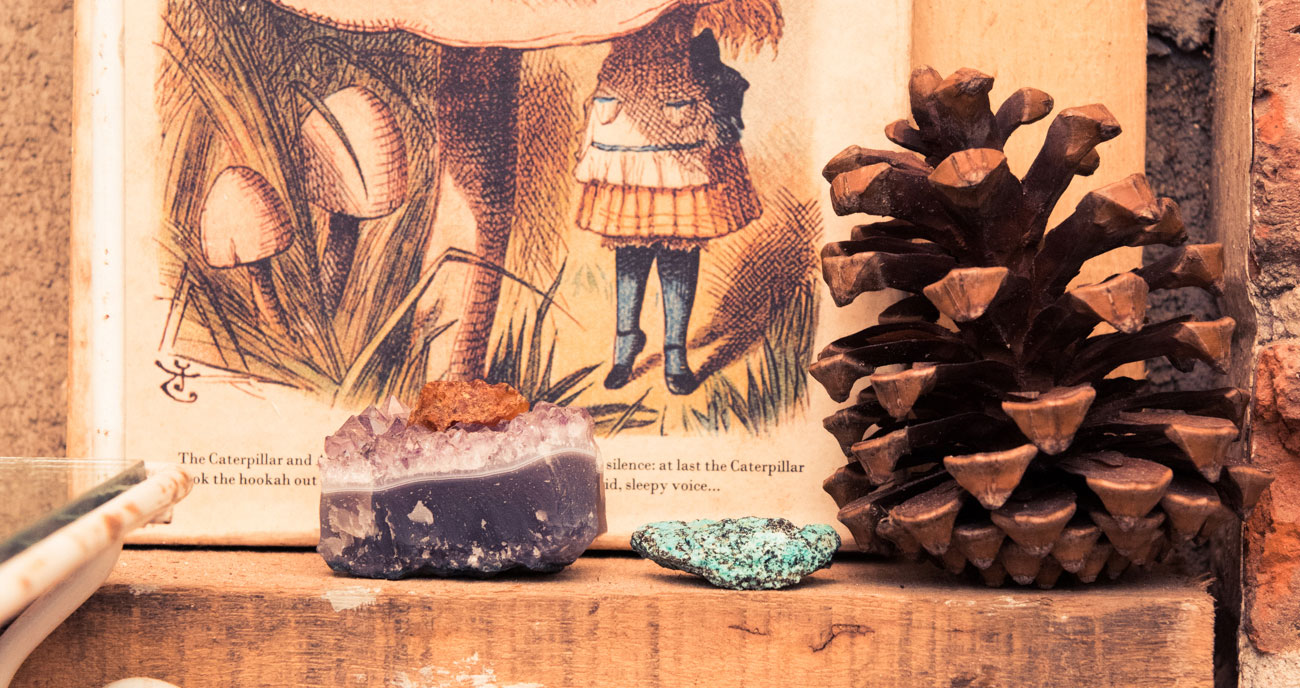 I Had A Gemstone Massage

And ended up blissed out on a mountaintop.

A few weeks ago, I went to Telluride, Colorado, for a long weekend. It was one of those perfect, relaxing trips that makes a three-day weekend feel like a real break. It involved eating great food, exploring the surrounding mountains, wandering around the historic town, spying on Oprah’s massive new mansion and eating more great food.

Don’t worry, the guide to getting away from real life in Telluride is coming very soon, but first up: the crystal massage, which is about the most extreme and unexpected way to “escape” I’ve ever experienced.

The basics: The hotel I stayed at, The Madeline, has a spa. I was on vacation; I took advantage. But this isn’t your regular spa. This is Telluride, a town that’s a good hour-and-a-half from a commercial airport (Telluride’s air strip is private only—remember Oprah?), a town that was founded for its mining but became a ski resort and arts haven in the 1970s. Now, it’s all dispensaries (because, Colorado), natural apothecaries, gourmet restaurants and Victorian-style homes that go for more than a large New York City apartment. Its permanent residents (there are fewer than 3,000 of them) are ski bums, hippies and artists. And so The Madeline’s spa director took the spa in *that* direction. There’s a massage called “Spirit of the Mountains,” which involves “a hot herbal poultice of sweet basil and kaffir lime and a warm relaxing oil massage.” Oh, and it also comes with a guided meditation. And then there’s something called a “Gemstone Ritual.” When it comes to beauty treatments, especially when I'm coming off a night of drinking something called a Flatliner (only in Telluride) at almost 9,000 feet elevation, my policy is the weirder the better. Gemstone Ritual, here I come.

Going in, all I knew was that there would be a massage that somehow involved crystals. Disclaimer: I love the way crystals look on my nightstand or desk, but I’m skeptical of crystal vibey-ness. (Don’t strike me down.) The whole energy-from-rocks thing is, um, hard for me to grasp. But, again, I go for the weird: so bring on the crystal massage.

My therapist, Shelly, ushered me into a dimly lit room with a massage table and a hot pot full of warm water and the gemstones in question—four different types in all. The idea was that each different variety—garnet, rose quartz, carnelian and amethyst—correspond to your chakras, i.e., energy points associated with different parts of your body. In other words, I was about to get massaged in part using the crystals and oils blended with bits of those crystals that correspond to my chakras: garnet for my feet and legs (grounding effect that helps calm anxiety); rose quartz for my neck, shoulders and arms (encourages an “open heart”); carnelian for my stomach (“inspires the creative spirit”); and amethyst for my head (“opens a door to expanded consciousness”). These particular gemstones were refined in a neighboring town and apparently “prayed and chanted over” (?!). Shelly’s last words before she left the room for me to disrobe and get situated on the massage table: “I want you to end the massage in another world.” Let’s get weird!

The massage lasted 90 minutes, front and back. And guess what—it was incredible. Seriously. I may have even gone to another world. It was mostly an oil massage, with the occasional addition of the smooth crystals. On top of the four chakra stones, there was an unexpected face thing with selenite, another crystal that was carved into a long pointed stick—kind of like a slim pencil—which was pressed into the pressure points on my face. Honestly, this was the ultimate zen moment, as weird as it sounds—if I was ever in “another world,” it was then.

So maybe there is something to these crystal vibes after all, because somehow I ended up blissed out on the mountaintop without ingesting anything that would, uh, normally bliss me out. And just like that, I belong in Telluride.