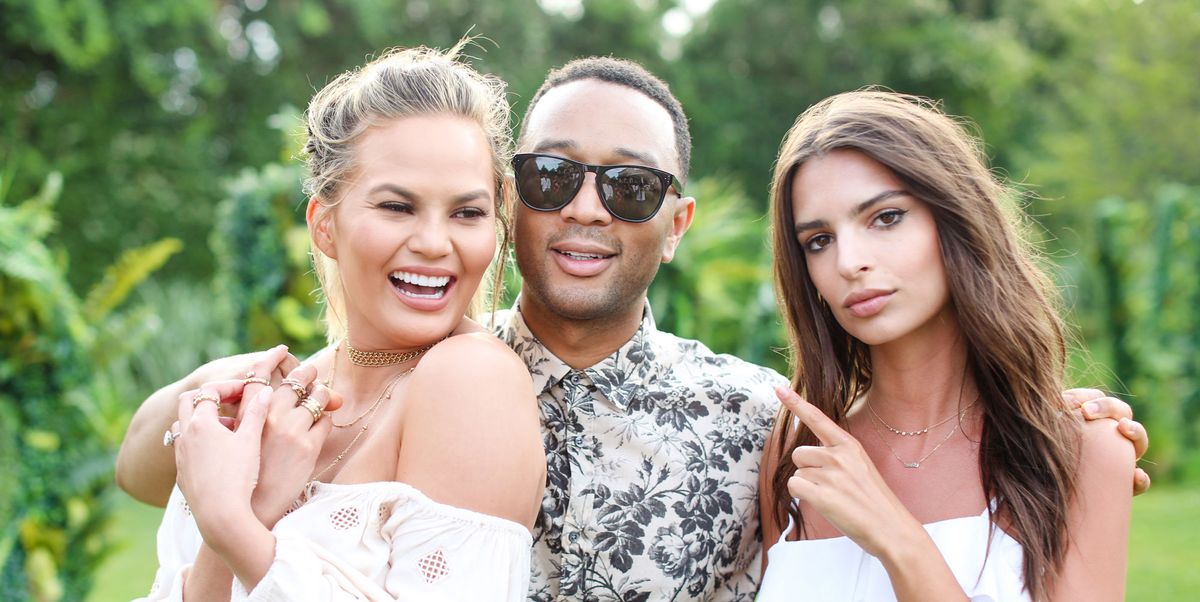 Danielle Does: How to Throw A Summer BBQ Like Chrissy Teigen in 5 Easy Steps

It won't be easy, but it will be worth it.

In fashion, like anything, it’s important to have friends. And Danielle Prescod is one of our favorites. The writer/social media wizard/general do-er of interesting things is going to bring us along on a few of her adventures this summer in a series we’re calling: Danielle Does. First up, a BBQ in The Hamptons hosted by none other than Chrissy Teigen.

The first time I met Chrissy Teigen, we were throwing back wine at a dinner in Soho. Like, really throwing back. She told me exactly what to text the guy I was seeing and gave me some serious (albeit unsolicited) relationship advice. I kind of blacked out the rest. The next morning, I got an email from her that said she missed her flight and I was sure that somehow destiny had brought us together in some sort of bizarre booze-fuelled meet-cute and somehow I just implicitly trusted her.

If that hadn’t happened though, I would still think that Chrissy Teigen was cool as shit. Cut to a cookbook release, a baby birth, and a few rogue tweets later, and Chrissy was inviting me to a BBQ that she was hosting with Revolve in Southampton. I decided that I could learn a thing or two from Chrissy on how to throw a party since she and John Legend are living goals. Here’s what I picked up.

Location is everything. When you’re a celebrity, discretion and security are top priorities. When you’re a regular person, you really just want a pool. Luckily, the Revolve summer compound has both. Chrissy and John arrived via helicopter the morning of the party, and promptly set up shop there for the rest of the day to wait for their guests (me, included, to arrive). Amongst the on-site amenities were a pool house, a rose garden, a lifesize scrabble game, and a tennis court. I consider this a pretty rad location for a casual summer BBQ. As always, Chrissy knows what’s up.

When you’re Chrissy Teigen, you are the life of the party but everyone knows you’re only as good as the company you keep so Chrissy came correct by bringing along hubby John Legend, and model pals Emily Ratajkowski, Alexis Ren, and Hailey Clauson. While Taylor Swift was on her Rhode Island compound with every famous blonde in America, Chrissy was rounding out her own rebel crew and as a peripheral member, I think it was a lot more fun.


3. Make Sure the Food is on Point

Chrissy Teigen loves to cook. If you follow her on any one of her many social media accounts, you can gain a lot of useful food knowledge. For example, I learned that you can bake bacon in the oven. It’s true! Now I make myself a daily bacon snack because cleanup is much easier than the traditional over the stove method. But to feed her masses of friends, Chrissy kept it simple with chicken skewers, hot dogs, grilled veggies, and fruit. Pro tip, only serve things that people can eat easily standing up. If you’re working with a large party, it’s hard for people to find places to eat, so any food that can be consumed standing and then easily discarded is desirable.


4. Have a Costume Change

At this party, Chrissy went through 3 costume changes. First, there was a swimsuit, then a white House of Harlow for Revolve blazer over a simple white bandeau. By the end of the night, she was in an eyelet off-the-shoulder blouse and denim shorts. The key here is comfort and ease, but also accessibility. As the hostess, Chrissy has access to her closet. As a premiere guest, the Revolve team let me get the Chrissy treatment and showed me a closet full of brand new clothes that I could choose for a midday style switcheroo. I arrived wearing a Solid and Striped bikini with vintage denim cutoffs, and 2 hours later I found myself in a Lovers and Friends halterneck embroidered dress. Not bad for a 5 minute shopping spree, huh? Changing your outfit during the party certainly keeps content interesting by maximizing the amount of photos you can take in a single day.


5. Have a Surprise Ready

Now, a summer bbq is nothing, and I mean nothing without a surprise guest. From the moment we were confirmed to attend, we all heard murmurs of a surprise performance, but the crowd went absolutely crazy for “Oui” singer, Jeremih when he turned out to be the special guest. Chrissy and John were front and center enjoying a live rendition of “Birthday Sex”, which is obviously important for party vibes. Immediately, live music puts everyone in a great mood, so if you’re looking to party like Chrissy Teigen, I would hit up everyone you know who is musically inclined and see what you can work out for a decent rate.

More From the series Entertaining