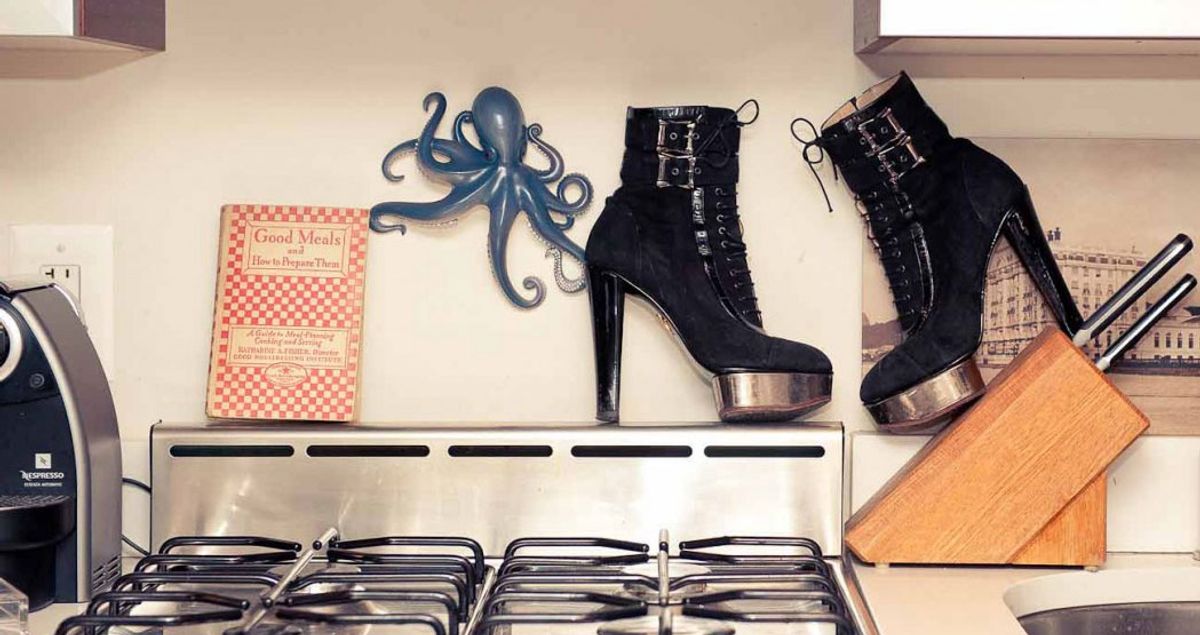 Asking for a Friend: Eating Paleo

As in, what the hell does it mean? Should we do it? Should you do it? We investigate.

Welcome to Asking for a Friend, our latest series that covers… well, just about anything (within reason, of course). The common thread? We’re asking experts all of the seemingly simple questions about the more complex (and sometimes embarrassing) topics that we keep hearing about. Because if we have ‘em, we figure you do too.

Every so often, a new diet—excuse us, lifestyle—pops up, and it’s pretty much all anyone can talk about. It’s usually accompanied by celebrity disciples, weak links to vague nutritional science, and the idea that this way of eating is going to completely change your life. Not like the one you tried last year. Or the year before that.

Paleo, as it turns out, is actually different, according to Stephanie Gaudreau of Stupid, Easy Paleo. Sure, you might hear from the occasional celebrity espousing its benefits, but only because it works—and unlike many a fad diet, it’s sustainable in the long term. Here, Gaudreau breaks down the what, why, and how of Paleo—and how it might actually be the cure to the mid-afternoon slump.

Obligatory disclaimer: we’re not doctors—we don’t even play ones on TV. Consult yours before making any major lifestyle changes.

What does Paleo even mean?

“I would describe it as focusing on real food that’s minimally processed. It’s more of a whole foods approach, and most people who are Paleo will focus on vegetables and fruit, meat, seafood, and eggs for protein, and then healthy fats.

“It’s about trying to figure out which foods may and may not work well for your body. Everybody is going to be a little bit different. Some people have food allergies, some people have foods that don’t make them feel all that great. It’s not so much sticking to a prescription because that’s what somebody told you, but really eating the most nutrient dense food that you can, that still makes you feel your best.”

What are the biggest myths about Paleo?

“Definitely that Paleo is a bacon-only diet [laughs]. The huge one is that we only eat bacon and it’s all about eating an unrestricted amount of food. People have to kind of keep in mind their activity level—obviously an athlete might eat more than somebody who’s sedentary. Some people find that they need to kind of keep an eye on making sure their portion sizes match their activity level.

“The other is that we don’t eat vegetables, that’s a huge one. Obviously we want to see people getting tons and tons of veggies and some fruit. There’s a lot of micronutrition along with proteins, fats, and stuff like that. Paleo is definitely a more balanced approach than it’s gotten a rep for. I’d say the last one is that we’re trying to make a historical reenactment of what cavemen ate. I actually had somebody comment on my Facebook page about that this morning.”

“Most grains are off-limits for a variety of reasons. Things like cereal, pasta, and rice, although some people do eat white rice, athletes especially. Also legumes—beans, lentils, stuff like that. Most forms of dairy, although dairy is a very grey area. Processed junk food is off-limits, that sort of thing. I would also add added sugar, adding sugar to your coffee or lots of baking, stuff like that, and most alcohol for a lot of people. Those are kind of the big ones.”

What about natural fruit sugars?

“Prior to starting Paleo I was a sugar addict. I loved sweet things like nobody’s business. For me, I learned that if I was going to go eat some fresh raspberries, for example, that was cool, but when I went and bought the dried mango from Trader Joe’s and started eating that was when I couldn’t stop. Trying to eat food in its most natural form is usually better, so a bunch of dried fruit is a trigger for someone who’s sugar-sensitive. But I can’t think of any fruit that would be off-limits. Just eat it, you know? When people try to get so detailed and control everything and they just end up making themselves stressed out.”

Are their replacements for my favorite carb-y sides?

“Cauliflower is the tofu of the vegetable world. People love to make rice out of cauliflower, and when you spice it and dress it up, it actually tastes pretty neutral.

“Spiralized vegetable noodles are everybody’s business right now; replacing that noodle-like texture with vegetables. I think any way you can eat more vegetables is a win.

“People really love coconut products to replace things like dairy. Coconut milk is obviously very creamy, it's very rich, and so people who can't eat dairy will use coconut milk to replace dairy.”

What does an average day eating paleo look like?

“In the morning, I’ll usually eat some kind of soup. I’ll throw some homemade broth in a pan, reheat some veggies and reheat some leftover meat that I cooked up the night before. I might eat eggs for breakfast, you know eggs and sausage. It just kind of depends on the day.

“Lunch is usually some kind quick protein again. If it’s a training day I’ll have some extra carbs—I’ll eat some sweet potato, some rice, some white potato. Sometimes I’ll make a tuna salad, with homemade mayo, green apple and some veggies in there for crunchiness.

“I’ll usually make some kind of burger or meatball for dinner. Last night I made a really fresh salad, I actually put some brisket on top with figs…I’m trying to eat a lot more of what’s in season.”

Okay… but why would I do all of this?

“One of the biggest things would be mental clarity. I think a lot of people struggle with that and they try to caffeinate their way out of it. That becomes kind of a vicious cycle, and like any other drug, you develop a tolerance to it, so then you need more and more to get the same effect. So for me, it’s been the mental clarity and stable energy throughout the day. I used to leave work, go to the 7/11, and get Coke Zero and M&Ms just to drive home and I still had no energy!

I’m 37 and I’m the strongest that I’ve ever been in my life, physically, at an age where a lot of women would be like, ‘well I’m past my prime’, or ‘I can’t do that anymore.’

In terms of how I feel physically, I don’t have digestive issues like I used to. I do have endometriosis, and I’m able to manage it with diet and lifestyle; whereas a lot of women need to actually go on hormones to try to manage the pain and the symptoms, and I have not taken hormones or birth control for two years.

Also, just having people look at you and say, ‘How? You’re thirty—I thought you were 25 or 28’. I feel like I look young, I look vibrant, I look healthy, I have great hair, and my skin’s nice.”

What advice do you have for someone just starting to go Paleo?

“Most people actually do well when they take baby steps. If you’re the type of person that goes with gradual change, it’s going to make it more sustainable for you. What can you add that will improve your situation? Can you add more vegetables? Half an hour of sleep? A little bit more protein to your plate? Stick to the basics, don’t try to overdo it in terms of complexity. Shop locally and in season when you can. I find a lot of people find that it is too expensive because they’re trying to buy things for, like, Paleo baking, which is super pricey. You don’t need to be perfect. Do what you can with what you have. Don’t try to eat an elephant in one bite. It’s okay to do a little at a time.”