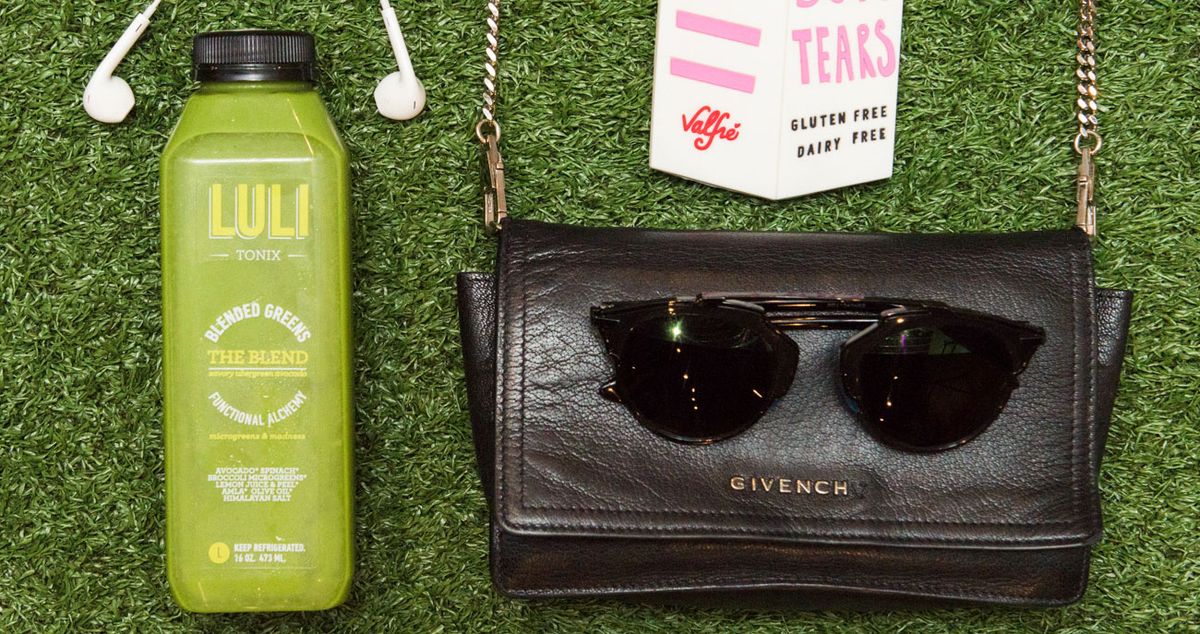 I Did 5 Days of NYC Cult Workouts

Tried and sweat(ed) for your reading pleasure.

After recently transplanting from Toronto to New York City, I’ve come to notice a few similarities among this city’s residents: there’s nothing they love more than their workout classes.

Walking through Union Square on a Saturday morning, the amount of spandex-clad, yoga mat and Doctor Greens-carrying individuals strolling to and from sweat sessions, is astonishing. It makes me—of the ambling around hungover with bacon, egg and cheese, variety—look and feel just a little bit lazy. So in an effort to really, truly acclimate myself, I had to tackle the quintessential New York workout classes once and for all. I couldn’t possibly get through another dinner with new friends without having tried SoulCycle—someone was bound to catch on.

If you’ve recently relocated, are visiting, or have somehow magically made it this far without consistently dropping $40 dollars on a single class (what!), consider this your guide to all the cult-y NYC workouts.

SoulCycle is *the* New York workout. I was almost too embarrassed to admit I had never experienced it. I arrived eager to finally lose my SoulCycle V-card, laced-up my rented cycling shoes (a plus if you’re traveling sans sneakers), and found my bike in the dark candlelit room. After clipping in (if you’ve never done so, Google that ish beforehand), and taking my first few pedals, I realized why everyone’s so obsessed—it was the music. Our instructor had more rhythm in his feet clipped into a stationary bike than I do on a dance floor four vodka sodas deep. I’m convinced he either does/probably should moonlight as a Broadway musical dancer. He constantly shouted at us over his mic to “tap it back” and “catch the beat,” as if the beat were an insect fluttering around and I desperately chasing after it with a Mason Jar. I tried another class, and it was a completely different animal. The instructor’s alter ego? An ex-rave kid with a penchant for swearing and head-banging. Adrenaline junkies who are easily addicted need apply. Or rather, if you weren’t into the whole experimentation thing, this is the cleanest high in New York. When they played Goo Goo Dolls at the end of class, I finally realized why they say people cry at SoulCycle.

Another dark room! More candles! My first foray into Y7’s “sweat-dripping, beat-bumping, candlelit class” was early in the AM. Making my way into the super-calming studio, I immediately did that thing where I wondered why I hadn’t been going to morning yoga classes every day of my life. I silently vowed right then and there to turn into one of *those* uber healthy individuals who does do yoga every damn day. But this was unlike any class I’d ever done—it’s yoga for those who can’t make it through yoga, if you will. Hip-hop played the entire time, it was dark (so no judgements) and the whole point is to flow on your own. I went to another class after work, which was a lot hotter and sweatier (not a bad thing). Trying classes in both the morning and at night (for all the workouts listed here), lends a completely different experience—from the type of people, to the instructor, and general vibe (sleepy early risers versus overworked zombies looking to decompress).

Walking into New York Pilates’ Soho studio, with its clean white walls, bright lights, and abundance of plants, was the polar opposite of the previous two workouts. It’s a space for someone who appreciates ~nice things~, like a bathroom filled with fancy soaps and candles. For a session on the reformer machine, you only need leggings and a top, which is ideal if you don’t want to lug around a ton of gym gear all day. I personally enjoy pilates first and foremost because you don’t sweat during class, so you can go somewhere afterwards without feeling not-so-fresh. It was also the one workout where I could see changes in my body with just a few sessions. Minimal effort, maximum results. And NYP is no different, delivering a “challenging, low impact, total body workout” that tones and elongates while strengthening all my muscles, but it’s intimate enough to get the attention and feedback needed. It’s the kind of class you would want to go to everysingleday, not only for the nice smelling candles, but to trade the craziness of downtown Manhattan for a calming oasis.

I’ll preface this by saying I was legitimately sore—like couldn’t walk down the subway steps sore—for four days after doing this workout. Barre classes are known for their tiny pulsating movements that really do work ALL the muscles you never knew you had. I challenge any fit person to attend this class and not feel it. The instructor was so enthusiastic, introducing herself to everyone, and encouraging us to utilize “the Beyoncé fan” since it was so warm in the studio. During the class, I was having a minor identity crisis: one second I was on the floor casually throwing my hands over my head (hardness level: one), the next, I’m pulsing my knees together,while desperately grasping the barre for support (hardness level: one hundred).

Dubbed “The Best Workout in the World” and notoriously hyped as “The Most Intense Workout in the World.” I was most nervous to try Barry’s—also why I saved it for last. As a former athlete, I’m not new to the bootcamp game, but it’s been a hot second since I’ve done something that intense. “Everything must break to grow!” “You’re the only one walking on the treadmill!” yelled an instructor with arms larger than my entire body width, while I sprinted on the treadmill and curled weights. If you take well to bootcamp-type encouragement and a hardcore environment, this is the place for you. It’s easy to see why it has a cult-like following (and it might be the one that actually gets you abs in the end). I finished off the class with a shake at Barry’s Fuel Bar. All it took was five culty workout classes, and I was drinking protein for dinner while clad in spandex, I think I’m officially a New Yorker.

Crucial takeaways from my five day experiment: there’s nothing New Yorkers value more in a workout class than anonymity, throwback hip-hop, and candles (almost as much as the Bachelorette set crew). And, a six pack really can’t be achieved in a week... but you all knew that already.