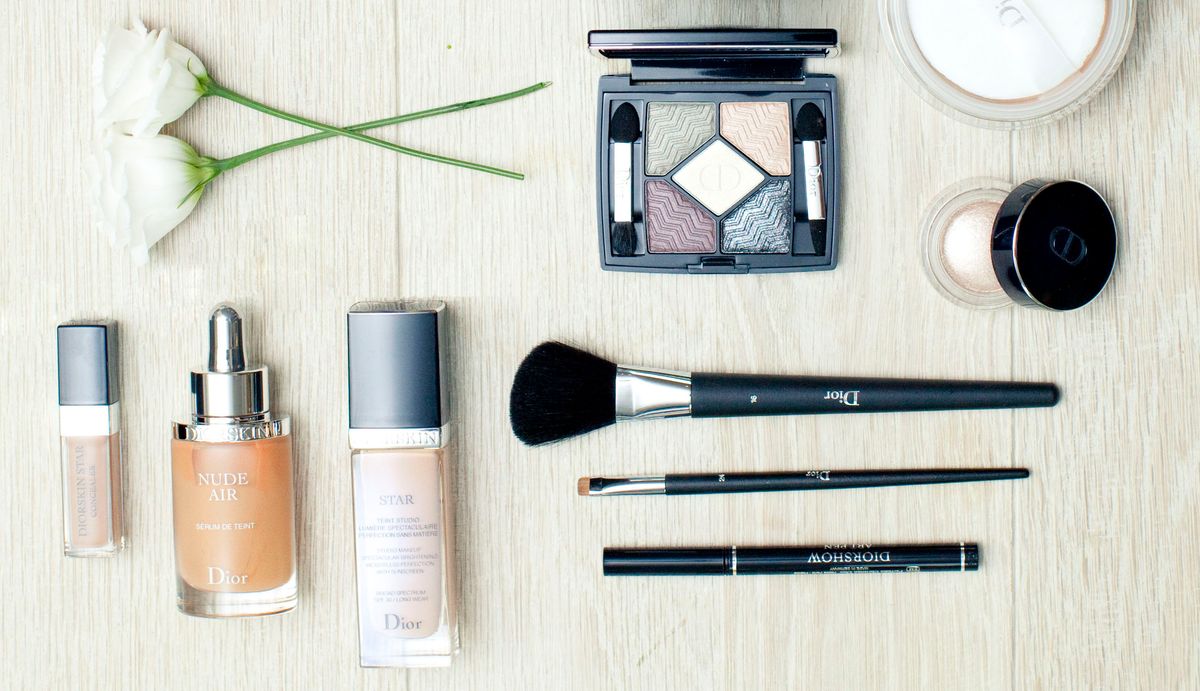 Or in other words: our love affair with mascara.

ICYMI: Last week our editors shared their everyday face makeup routines. As in, the foundations, tinted moisturizers, concealers and powders we turn to on the daily to hide a myriad of sins (lack of sleep, that third glass of pinot, last week's zit, et al.) In keeping with the theme, the latest installation has us breaking down the natural next step in our routines: eye makeup. Which, if we're being honest is the foundation, if you will, of our sometimes haphazard morning. Who doesn't feel an extra jolt of energy after swiping their lashes in that second coat of mascara? Or feel even more prepared to take on that snooze-worthy 8AM meeting after perfecting their winged liner just so (which we’ve finally hacked for you, here). So behold, our hero products in the eye (mascara and liner are basically non-negotiable) and brow realm that make our world—and or our reflections—just a little more clear and bright.

I have been wearing liquid liner since, well, I started wearing make-up. And since I've dedicated many a bottle of makeup remover and package of cotton pads to perfecting it, it's here to stay. I've also tried just about every type of liner out there: pencil, kohl, pot and brush, eyeshadow and brush, marker—you name it. The only one that's given me the effect I'm after is L'Oreal's OG liquid brush tip liner. Once mastered, it gives the cleanest saturated flick and stays on all day—and now takes me only 2 minutes to apply. The only caveat: it's kind of hard to find and when in stock, is usually relegated to the very bottom of the shelf at the drugstore. I always hoard the stuff.

Other than that, my routine is very simple. I like a good, non-clumping, yet volumizing, mascara and apply two coats. On weekend or nights out, I use my fingertips to apply a rosey-gold shadow across my lid and in the corner of my eyes before my liner and use an eyelash curler for extra 'oomph' before applying mascara. And that's that.

Okay guys, major life update: up until about two weeks ago I had a specific eye makeup routine that I followed every. single. day. (minus lazy weekends). But then I went and drank the Kool-Aid and underwent eyelash extensions. Post-application, I literally went home and kissed my liner, mascara and eye makeup remover goodbye. As you've probably heard from every other person, you're left with long, dark lashes which give off the appearance of wearing both liner and mascara (the dream), so they're pretty clutch for the lazy at heart. They've completely eliminated the winged Bobbi Brown Gel liner, drugstore pencil liner, Charlotte Tilbury mascara (I toggle between this and Benefit's They're Real) and subsequent removal process from my routine.

I'm not an eyeshadow person but whenever I see it on other people I immediately fall in love with the look, so when I'm feeling fancy I'll smoke on some of Tilbury's Golden Goddess palette. I haven't worn any eye makeup since the extensions, but in the interest of being fiscally responsible, I'm vowing to save them for special occasions, so when this application falls out it's back to the usual eye routine I go. The final and most important part of my routine, whether it's a make or no makeup kind of day, is brushing my eyebrows into place with a spooly (I also have them threaded every two weeks). Only then do I feel ready to take the day / life on.

Beyond skincare and face makeup, my day-to-day routine is very minimal—as in nothing, or next to nothing (eyes included). But whenever I have to see people other than my colleagues or boyfriend, I step it up and do a little something something. A good black mascara is my go-to and my loyalty switches constantly—right now I'm on DiorShow. But (confession), the real reason I've never really been all that into eye makeup is because I'm terrible at applying it, or don't know how (which I'm embarrassed to admit as someone in the 26-35 age bracket). Recently, though, I've become okay (only okay—it still takes me minutes too long) at penciling a line on my upper lid. Charlotte Tilbury's brown Rock n Kohl pencil is my favorite.

The other reason I keep it low key in the eye area is because I have two pretty permanent features sitting just above that tend to demand attention: my eyebrows. And dealing with them (think, black, very bold) is what I would consider the most important part of my eye routine (if you can call it that). After going through an extreme plucking phase in high school and my first year of college (it started with the unibrow and never stopped), I've let them grow back—and now I avoid any professional management at all costs. Upkeep involves keeping that unibrow forever at bay, trimming whenever they get too long, and daily (sometime twice or thrice daily) brushing to keep them straight—which is really all I can hope for.

Guys, I have thoughts and feelings on eye makeup. First and foremost: mascara—obviously necessary. What's not necessary? Spending money that could be going towards more worthy contenders, like concealers or foundation, on a department store brand. There are some baller ones with killer formulas and wands, yes, but the same effect can be found in the aisles of your local drugstore, courtesy of one mascara in particular: L'Oreal Voluminous. It won our drugstore beauty awards and I've obsessed over it before with good reason: it has this thick brush with needle-thin individual bristles that fluff and thicken up your lashes while still separating and de-clumping like nothing else. Not to sound like an informercial, but it's the closest thing to false lashes in a tube.

Next up: liquid eyeliner. Black liquid liner has turned me into the totally predictable type who never switches up her makeup routine, but IDGAF. I don't recognize myself without it. Like Noah, I've tried it all and for me, Stila is the holy grail (hence why I talk about it pretty much non-stop). You can fall asleep in the stuff and wake up with it perfectly intact (I have), all without using any kind of primer beforehand. It's both thick and marker-y but then tails off into the most precise end, perfect for drawing itty-bitty flicks. Try it and you'll never go back to anything else.

Finally, there's something about eyeshadow that makes me feel like that drag queen Snapchat filter. I love a smokey or bronze-y eye on everyone else, but for me, nothing competes with the clean, modern look of a little black line above my upper lashes. That was, until I tried Tom Ford's Cream Color for Eyes in Sphinx; pretty much a shimmery, almost holographic sunset in a little TF-branded pot. While I could literally be content swatching this on my hand and just watching how it catches the light (again: I have), instead I've taken to patting or smearing it on my lid before going out.