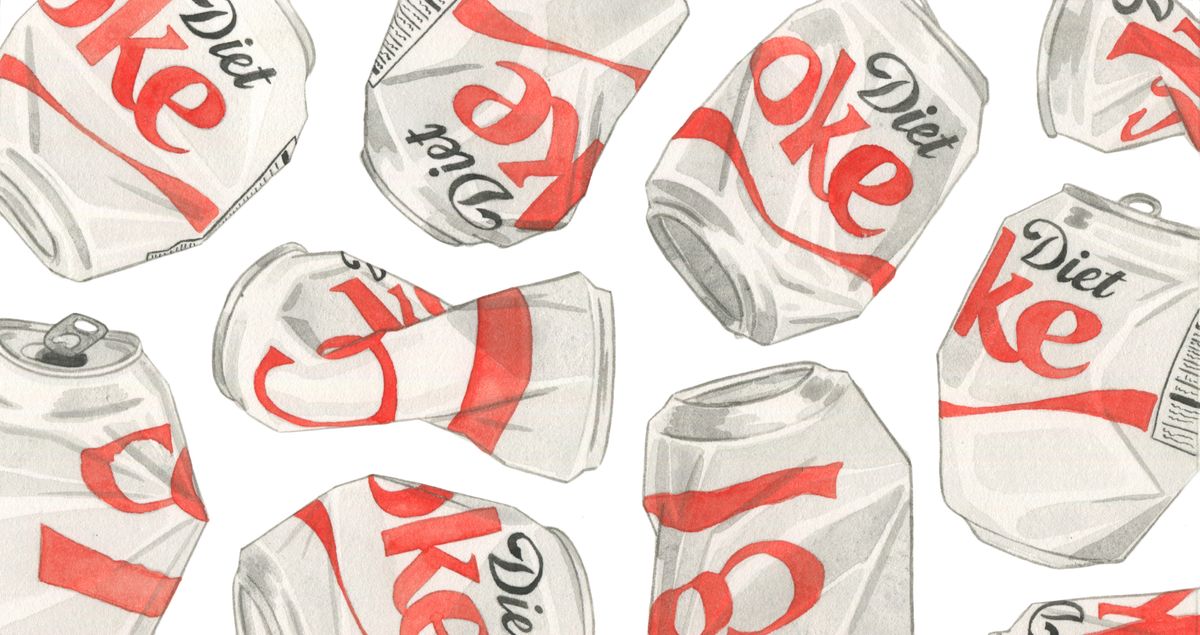 How I Quit Diet Coke—And Whether You Should, Too.

Weeks of tears, migraines and cravings later; here's how it all went down (& what I've learned so far).

FACT: It's been nearly 60 days since I drank my last Diet Coke.

ANOTHER FACT: All it takes is getting halfway through one (one!) Buzzfeed article on the (very real, BTW) kinship between DC drinkers to tempt me into relapsing.

For the last three or four years, Diet Coke has been my very last, itty bitty, fairly innocent vice; save for the occasional stretch of sleeping in for 12 hours at a time. It was around that time, in a existential ennui brought on by a particularly shitty friend break-up, that I checked off the following boxes that would fall under the umbrella of getting your shit together: I lost 40 pounds, abstained from drinking for a little under a year, got a gym membership, stopped bleaching my hair, quit keeping vampire hours. Surely I deserved to keep one last, pales-in-comparison-to-everything-else-not-really-even-that-bad habit, right?

Throughout high school and university, under the pressure of looming essay deadlines and upcoming exams, I could easily crush half a 12-pack in the span of as many hours, if not the entire thing. When I was a baby fashion intern and couldn't deal with the taste of real coffee, I would sneak down to the corporate cafeteria and chug a 16oz bottle before going into the office. I was too embarrassed to drink them at my desk for all of the obvious reasons. I really hate to use the term addiction loosely, but I will say that Diet Coke neatly fits a very specific category of beverage needs that I'm yet to find a real replacement for (grapefruit Perrier comes close). It has just enough caffeine to keep you kicking, without driving you to stay up all night. It's bubbly, light and effervescent. Like your Hollywood ingenue of choice! If I really felt like going out on a limb, I'd say it's caramel-y flavor and carbonation makes it an almost-snack. It's an especially gross admission, but it's the first thing I think of and want to reach for when I wake up insanely hungover. As in, before water. Yeah, that's the one where people stop laughing and raise their eyebrows.

"I really hate to use the term addiction loosely, but I will say that Diet Coke neatly fits a very specific category of beverage needs that I'm yet to find a real replacement for"

Of course, then, it makes sense that the real catalyst for my quitting was incidental: travel. You know, the one thing that throws off your schedule entirely and reduces your hierarchy of beverage needs to the following: water, caffeine, alcohol. Not always in that order. My consumption during a seven day work trip in Tokyo tallied up to a grand total of two DCs, which I'd wager to say is typical of the more occasional, casual of drinkers. Once I realized I'd gone so long with so little of my one-time life blood, during a stay in London a few days later, I just had to keep holding out. That was it—no last sip, pomp and circumstance, apps downloaded, overblown Facebook announcements. If I'm being totally honest—and this is likely the part that gets me in trouble—while I can acknowledge downing 2+ Diet Cokes a day is likely not the best thing for your body, and that replacing those two sodas with plain ol' water is probably better, I don't know that I'm completely onboard with the whole diet-soda-is-the-new-cigarettes bandwagon, either. Aspartame and its artificial sweetener brethren are probably the most studied and closely analyzed food additives on the entire planet. I'm not about to become a Coke lobbyist and I've read and heard all about the FDA being shady as hell just like everyone else, but the whole thing became less about my health and more about seeing how far I could take things. If I'd made it this far, why stop now?

The tangible side effects, beyond serious cravings and my office lunches feeling depressingly incomplete, have been the headaches. Jesus, the headaches. Especially on the weekend, where, unless I'm headed to brunch, I'm now likely to skip caffeine all together, mostly because I like to sleep in longer than is okay to admit on the Internet and the time for caffeinating has long passed. I'm not a migraine person, but there has been a small handful of times where the pain has been so searing, especially in the first few weeks, that the only solution was to go to sleep the moment they hit. On the plus side, though, I've woken up with significantly less bloat. Other than that? Not much, if I'm being honest. There have been no real, physical, significant changes, whatsoever. And a Google search to quantify the actual effects only results in the sort of warring misinformation and conflicting infographics that reinforces my skepticism about the whole thing. Rather safe than sorry never rang so true.