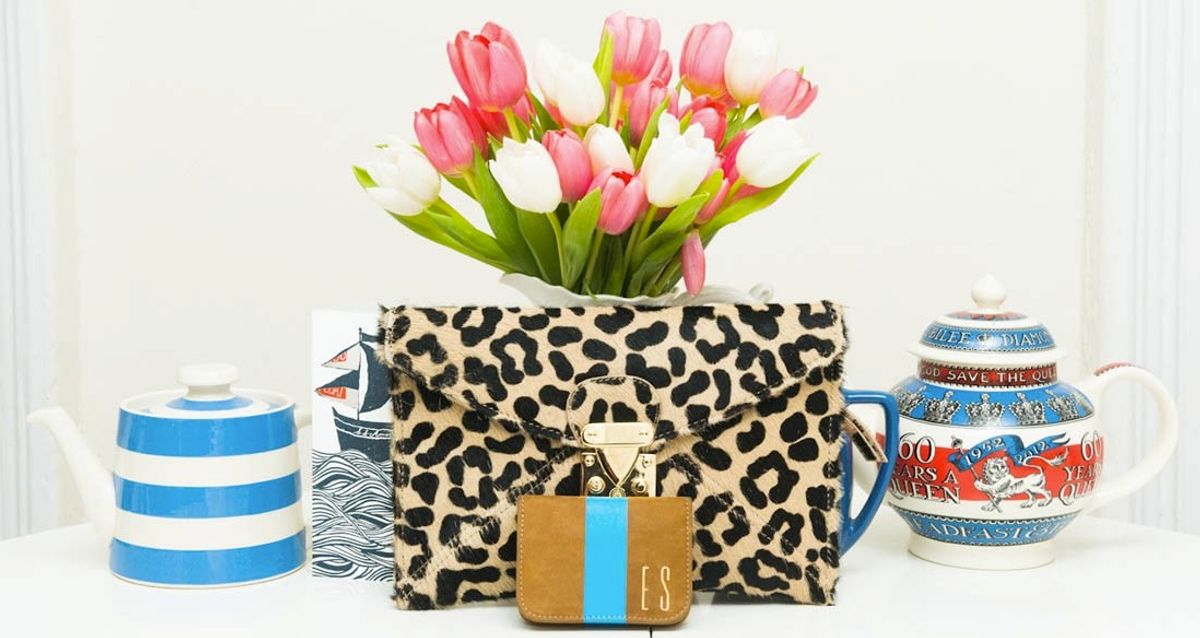 Everything you need to know about the latest trendy cleanse.

Katie Boyle
You know those extra little “friends,” who start with a ‘l’ and end in a ‘bs,’ we tend to pack on during those winter months because (if this winter is going to be anything like last winter) we don’t know if we’re going to make it to spring?! Enter, the ‘teatox’ detox—because if we’re going to, ugh, diet, it might as well be by drinking warm and comforting liquids, the likes of which we’re already consuming on the regular, right? But, we mean, as much as we love a good cup of tea, it’s not exactly an equivalent to green juice (where’s the kale?!). Questions, guys, lots of questions.
There to answer them were the Australian gurus over at Skinny Me Tea (you kind of get where they’re going with a name like that, right?), who got into the nitty gritty of why supplementing a healthy diet with a pile of tea will help us keep those extra lbs away. That’s right, unlike juicing, which generally asks followers to cut out solid foods altogether, your mouths should still be chewing through the entire teatox process. #Winning. So, if you’re one of those who just can’t stomach the green stuff, you no longer have to.
Generally, teatoxes require two brews: a loose leaf morning tea, which is designed to bring out your inner Energizer Bunny (it will increase energy levels and your metabolism) and an evening tea, which is just a good old colon cleanse, only to be had every second day because, well, you get it. Every teatox company will have different instructions as to how much tea you should be drinking and when. Herein, SMT gives us the lowdown on everything we need to know before you get "on the brew."

On teatox as an alternative to other cleanses…

“There are plenty of benefits of doing a ‘teatox detox’ rather than another method of cleansing. Primarily, it allows for a detox without fasting or going to a health retreat, things that can be uncomfortable and costly, respectively. It is a cheaper, fantastic alternative to achieve better health. Like most detoxes, the direct health benefits include getting rid of excess waste in the body, increasing energy levels, strengthening of the immune system, an increase of mental focus, clearer skin and healthier hair.”

On the foods you should (and shouldn’t) eat while teatoxing…

“Foods that we encourage people to eat more of include grains and legumes (such as black beans, kidney beans, chick peas, quinoa and lentils), nuts and seeds, fruits (such as blueberries, raspberries, bananas, avocados, apples, grapefruit and watermelon), vegetables (such as kale, spinach and broccoli) fresh salmon, brown rice, low-fat dairy options such as Greek yoghurt, eggs and green tea.

On the important extras to consider when undertaking a teatox...

"Drinking lots of water and green tea to keep fluids up while on the teatox is essential. This is because it assists in digestion, absorption, circulation, creation of saliva, transportation of nutrients, and maintenance of body temperature. All of which are important aspects of achieving optimum health. Other tips that we recommend while completing a teatox include:

- Try having between 7 and 9 hours of sleep per night

- Try meditating once a day for 20 minutes. Try yoga, as it can assist weight loss and can also help posture and positive thinking.

- Drink lemon water during the day to help boost your metabolism.

- Try exfoliating to improve your skin; we like to use frank body scrub.

- Avoid substances such as alcohol, tobacco and caffeine (green tea is fine). Prescription medications are usually fine but you should always consult your GP before starting a teatox if you are taking any medication.

- If you have recently taken antibiotics or have been generally unwell do not begin a teatox as the detoxification process puts extra strain on your body. It is better to wait a few weeks until you are fully recovered."

On how moderation is key…

“Just like any other type of food or drink that we consume, it’s important to have everything in moderation. Tea in general holds some incredible nutritional and healing properties, so having several cups a day can do wonders for your health. However, it’s important to not overdo your tea intake, especially if the tea you’re drinking contains caffeine or if you have a propensity to add milk or sugar to your mug.”

“A common misconception with SMT is that it’s a “quick fix” for weight loss, a stigma that we ourselves do no associate with. SMT is a product that’s designed to be a catalyst for a healthier lifestyle, not just something to make you look good for the weekend. We believe that health is a state of complete physical, mental and social well being that’s best achieved by a balanced lifestyle, not something that’s defined just by the contents of your fridge and your measurement of your waist.”

On the teas you can (and, um, the ones you shouldn’t) drink on the regular…

“Our Loose Leaf Teatox, Acai Blend and HealthyMe tea Blend are all brews that offer a high amount of nutritional content and can be consumed regularly. However our night tea, the colon cleanse, is a product that we would not recommend drinking longer than the duration of the specified teatox due to its cleansing capabilities.”