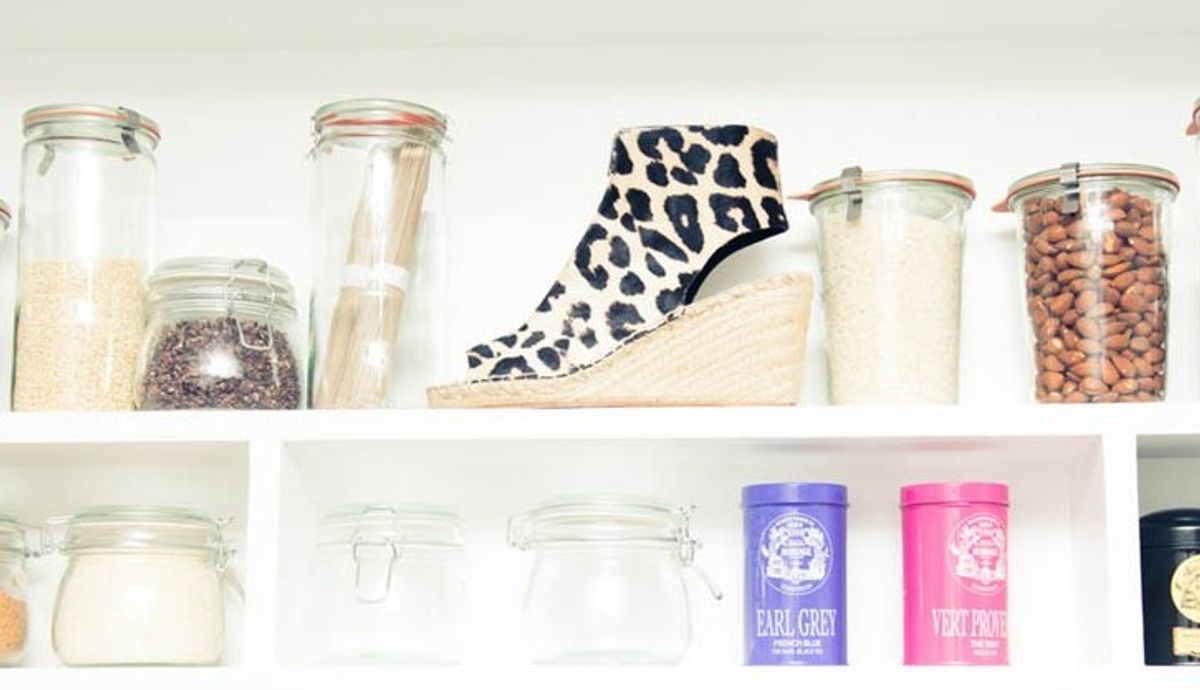 Miss Part I of our adventures in superfoods? Get caught up here.

It all began the way these things usually do—sitting around TC HQ, sipping on a round of iced coffees at that specific time in the afternoon where our minds (admittedly) begin to wander. Rather than turn to our usual Net-a-Porter screenshop (it's virtual window shopping, duh), our thoughts started drifting towards the upcoming Memorial Day weekend, as well as our home-and-native equivalent, May 2-4. Anticipating the upcoming onslaught of beer, barbecue and lazy brunches coming our way; we got to thinking about actively taking preventative measures to combat at least some of those empty (but so incredibly worth it) calories.

As we aimlessly flipped through a copy of Gwyneth Paltrow's It's All Good that just so happened to be laying around the office (we mean, without it, how would we know when we need to feel bad about ourselves? Kidding.) we learned not only that has kale been replaced by collard greens (our time together was short, but sweet, well, not really sweet, but bitter and really crunchy), but that there were a whole lot of superfoods and supposedly-life-altering ingredients we were completely clueless about. And while we're well-versed in all things açaí and avocado toast (give us a little credit), after clicking through some particularly Pinterest-ing food porn and swiping through the accounts of some of our particularly Insta-fit friends (ahem, Hannah Bronfman, Mary Helen Bowers), we realized that there was a lot of ground to cover. Chia, goji berries, matcha, spirulina... oh, and an entire laundry list's worth of other health-conscious additives that we struggled with pronouncing. Are you there, Tracy Anderson? It’s us, The Cov.

We realized there was only one thing to do: enlist the entire office in a week-long, somewhat-mandatory science experiment. While the levels of familiarity with our various foods of choice varied, we nonetheless dove headfirst into the health food abyss in hopes that we'd resurface with detoxed insides, glowing outsides and, who knows—maybe even a Rosie Huntington-Whiteley physique. At the very least, we could feel a little less guilty about inhaling said barbeque at lightning speeds all weekend. Oh, and kale, we can totally still be friends, right?

Nikki: “I liked this because it tasted like juice. I mean, it probably is just juice. Did I feel that it helped me digest my tacos? Not at all. And if the only difference between this and iced tea is that it was fermented for 30 days, shouldn’t that mean wine is good for digestion too? #Busted.”

Meagan: "Full disclaimer: I first gave kombucha a whirl that time Lindsay Lohan attempted to point the finger at the stuff for her ankle bracelet going off way back when. While after our group Mexican lunch, I didn’t particularly notice the stuff aiding my digestion, I am way down with the taste and weird vinegar-like bite it has. Also, I do have to side with Li.Lo—I swear I get a slight buzz if I drink one a tad bit too fast. That counts as an added benefit, (especially after lunch on a Friday), no?"

Emily: “Before doing these superfood experiments (otherwise known as turning our bodies into guinea pigs), I thought of myself as a bit of a skeptic when it came to all-natural fixes. But I really, really want to believe in apple cider vinegar. You’re supposed to have a tablespoon of the stuff mixed with water first thing in the morning for healthier hair and skin. So, in my new-believer (born again?) state, I faithfully have a glass of the mixture every morning when I get into the office. Admittedly, I like the taste. I also like the idea that something so simple and easy is actually healthy. This is one superfood I’m going to stick with for the time being. ‘Cause I swear: my skin is looking clearer and my hair is a little fuller—and that has nothing to do with my new shampoo, either.”

Meagan: “When I remember, I do occasionally toss an ounce or so of A.C.V. (that’s totally what the kids are calling it these days, right?) in a glass of water. Can’t stomach the shot thing. While I did notice slightly (emphasis on the slight) glow-ier skin. That said, it’s decidedly difficult to determine whether it was that or the new Malin + Goetz Glycolic Acid peel pads and bottle of Bioderma Sensibio chilling in my beauty cabinet. My one real gripe? It makes my teeth feel slightly more sensitive.” Rachel: "I was eager to take my first shot of apple cider vinegar, since I heard it has great health benefits, like clearer skin and boosts of energy—which, lets face it, we could all use a little bit more of. While I didn't notice a major difference in either of those, I weirdly enough did notice a difference with my usual spring allergies. My constant sneezing and watered eyes were both reduced significantly. It really did work, in a weird way. The taste wasn't so bad, a bit sour but definitely bearable and most definitely worth it. Take that, allergies!"

Nikki: “If the claims of ‘shiny hair’ and ‘glowing skin’ weren’t total placebo effects, then it’s got to be because a shot of this makes you feel so nauseous you can’t eat anything for the rest of the day. Vom. Not literally, but like, almost. I’d rather spritz on a little Oribe and use a nice micro-exfoliator and eat my rice cake with peanut butter in peace. Next!”

Amanda: “I’m not going to lie. I was a bit freaked out by this at first. I mean, my mom’s pedicurist had advised her to soak her feet in Apple Cider Vinegar in order to get rid of her calluses. After indulging in my first morning ‘shot’ I was happily surprised. It was definitely not as bad as the potent poison I was expecting. It tasted a bit like sour apple juice, but nothing tastes as good as clear skin and shiny hair feels, am I right?”

Amanda: "I am obsessed with chia seeds. I chia in the morning, in the afternoon, in the evening, I chia all day long. But seriously, if you don't want to be hangry in the morning, sprinkle some of these little guys in your smoothie or yogurt. I assure you that your colleagues will thank you later."

Emily: "Following a rather large Mexican lunch of quesadillas and guac (it was the Friday before a long weekend, okay?!), I was already pretty full when we served up an office-sized helping of kombucha mixed with gelled chia seeds. (Drown a few dry chia seeds in water and they become a globular, Jell-O like mass—kind of gross looking and very, very slimy; our week of superfood experimentation has amounted to eating a whole lot of stuff that would be very at home in a pond.) The kombucha tastes like carbonated juice, so, like, that’s cool. I’m told it’s good for you because it’s fermented, which helps with digestion. Chia seeds make you feel fuller faster (among a number of other long-term benefits). So, as far as I’m concerned, after a heavy lunch and before a weekend sure to be filled with plenty more eating and drinking, these are all good things.”

Meagan: "Based on my weird preoccupation with all things (er, textures) seed-like, I am more than down with a helping of chia seeds here and there. Am also weirdly fascinated with watching a tablespoon of seeds swell up into an alien-like, gelatinous mixture. Anything to make a meal more like a strangely satisfying science experiment, I guess?"