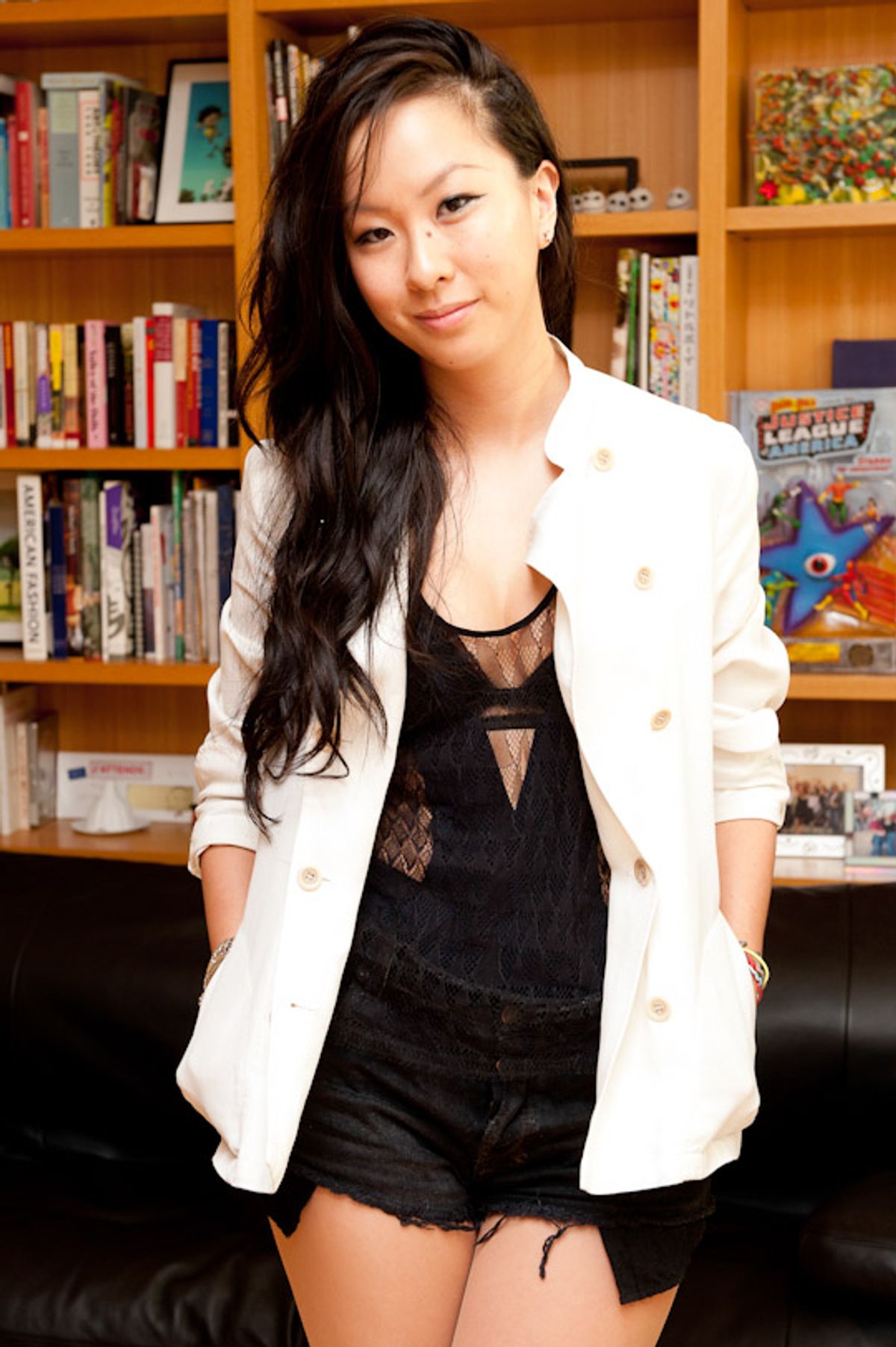 Coveteur Team
Two words are synonymous with Jen Kao - "easy dramatics". Los Angeles-born Kao was raised in Kansas and hailed to NYC in 1999 to study Studio Art at NYU. With internships under her belt in the world of creative design, Kao's yearning to learn about the realm of three-dimensional design kicked in, and began her growing interest in textile construction. From Jill Stuart to Twinkle, Kao was ready to venture onto her own, and set up her namesake shop in 2006. Since launching her line, she's collaborated with Alejandro Ingelmo and last year, Kao was invited to participate in The Vogue Talents Corner by Vogue Italia to showcase and sell items from her collection in Milan. She gains even more points in our books, as her favorite website is National Geographic's digital initiative, and her love for Stephen Sprouse (she has the scarves to back it up) matches ours. She's got some killer Nike Dunks that glow in the dark (she can thank her brother for those), and a sick set of Murakami/Supreme skateboards (once again - thank you bro). But, it's her inspiration from outer space that intrigues us the most, referring to her shoe creations as "alien stompers". "The print on the satin is inspired by NASA shots of Earth from above. I wanted to design shoes that made you feel like you could conquer the entire galaxy" states Kao...and we couldn't agree more. To infinity...and beyond!
Closet