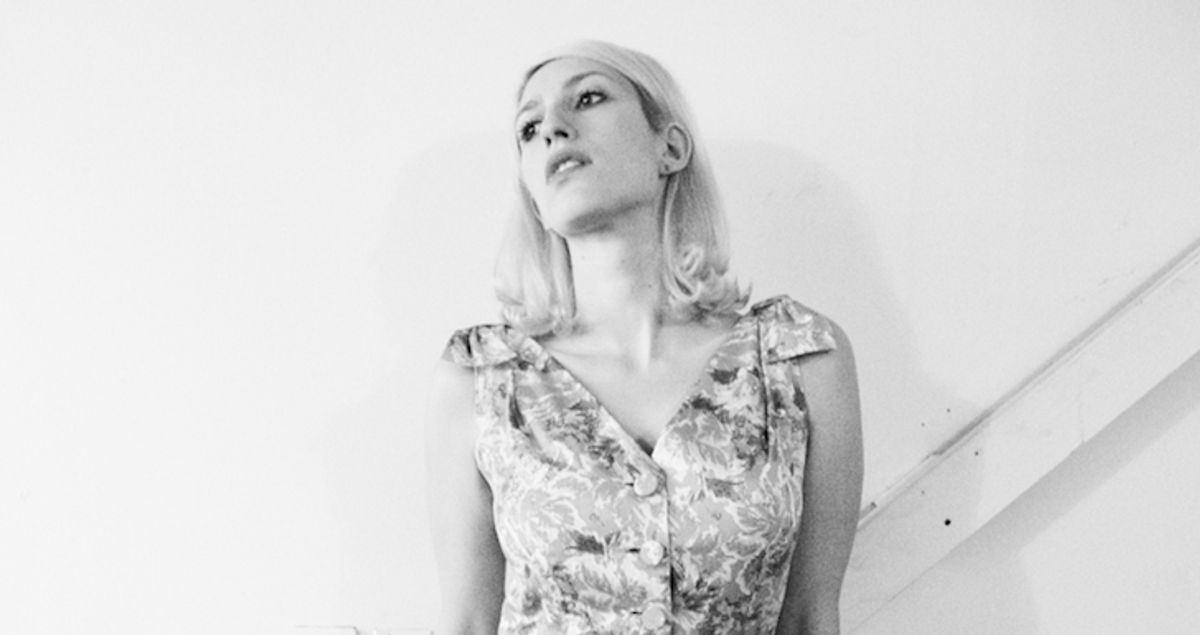 How to Fall in Love the Slutever Way

Karley Sciortino's no BS advice on sex and romance.

Katie Boyle
We know it’s only one day of the year, but if we’re being totally honest, sometimes the thought of February 14th makes us cringe. Maybe it’s the impulse to send frantic text messages to fellow solo friends in the weeks leading up to the couple-exclusive holiday to secure an evening out sans sad-watching Sex and the City. We’re setting new life goals, guys. And while we should probably tackle our not-so-healthy compulsion for everything Tom Ford first, we’re putting focus on matters of the heart this year (to make sure there are no repeats of last year’s wine-fueled ex-boyfriends-of-Facebook black hole).
When it comes to talking about the turbulent, often hilarious nocturnal exploits and relationships of Generation Internet, no one says it better than Slutever.com’s Karley Sciortino—as we quickly discovered when we paid her Brooklyn apartment a Coveteur-style visit last year. IRL Karley has pretty much done and seen it all—her Slutever exposés and Vogue.com “Breathless” column prove it without question—and she has the balls to talk about every NSFW detail. Since there is likely no one else  as seasoned on the art of seduction (and willing to talk about it), we asked her to lay down the no-BS groundwork for how to find love (or at least in one-night lust), like, now.
On how to get over an ex...

"There's a famous anthropologist and relationship researcher named Dr. Fisher, who's at the forefront of research on the brain chemistry of love. Her experiments, which put people who were madly in love in brain scanners, found that the same parts of the brain are activated when we fall in love as when we take cocaine. (It kinda makes sense, when you think about all those love songs that compare being in love to being high.) However, her research also found that people recovering from breakups engage in the same neural circuitry as people overcoming a cocaine addiction--crazy! So, by this logic, after a breakup, we basically have the choice to “get clean”—to cut all contact and try to move on--or to keep feeding our addiction with texts, breakup sex, and visits to their Facebook page, stoking the craving and signing ourselves up to be dragged along for a painful ride. So, in my opinion, unless you think there's a real chance of mending the relationship, it's better to go cold turkey. This is obviously far easier said than done!"
On the best way to meet someone new...

"I feel like most of us have our own set way in which we meet people. Some people prefer to online date, some feel more comfortable meeting people through friends, some always date people they work with, etc. I think, if you're having trouble meeting someone, you have to find out what type of person you are. Are you a Tinder person, a colleague-dater, etc? Then you have to force yourself to meet someone in a different way. Break the routine! It's clearly not working. Nothing incredible or unexpected ever happened to people who refused to leave their comfort zone."
On how to make your relationship last...

"My girlfriend always says: "Relationships are like a house--you have to do maintenance, otherwise it's going to fall apart." I do think that in a long-term relationship you really have to work, continually, to ensure that it functions properly. People think the brunt of the work comes in the beginning, when you're trying to earn the other person's affection or as damage control after a rough patch. However, even when things are 'going fine' you have to make the effort to go out on dates and trips, have romantic evenings, spend a lazy morning in bed, and get each other little gifts just because -- otherwise it's going to get boring. Sometimes I feel like, uuggghh, it's just so much effort to plan and go out on a date on a Wednesday night when I'm already tired. But once I get off my butt and do it, I'm always happy that I did."
Fighting, is it a deal-breaker?

I think fighting is inevitable in relationships. What you have to watch out for is that you're not having the same fight over and over again. That means your fights have no resolution, which is a bad sign.
On how to spice up your sex life...

"Oh god, I hate this question, haha. I don't think there's a set answer for everyone. I think generally, in order to "spice something up," you have to do something differently. Think of something you and your partner have never done sexually, and just do that! See, it's easy :)"
On what sex toy you should always have on hand...

"I love the Tenga Iroha vibrators. They're small, soft, quiet, and work wonders!"
The Slutever tips on how to get laid...

2) Talk to at least 2 people who aren't already your friends.
More From the series Love And Sex