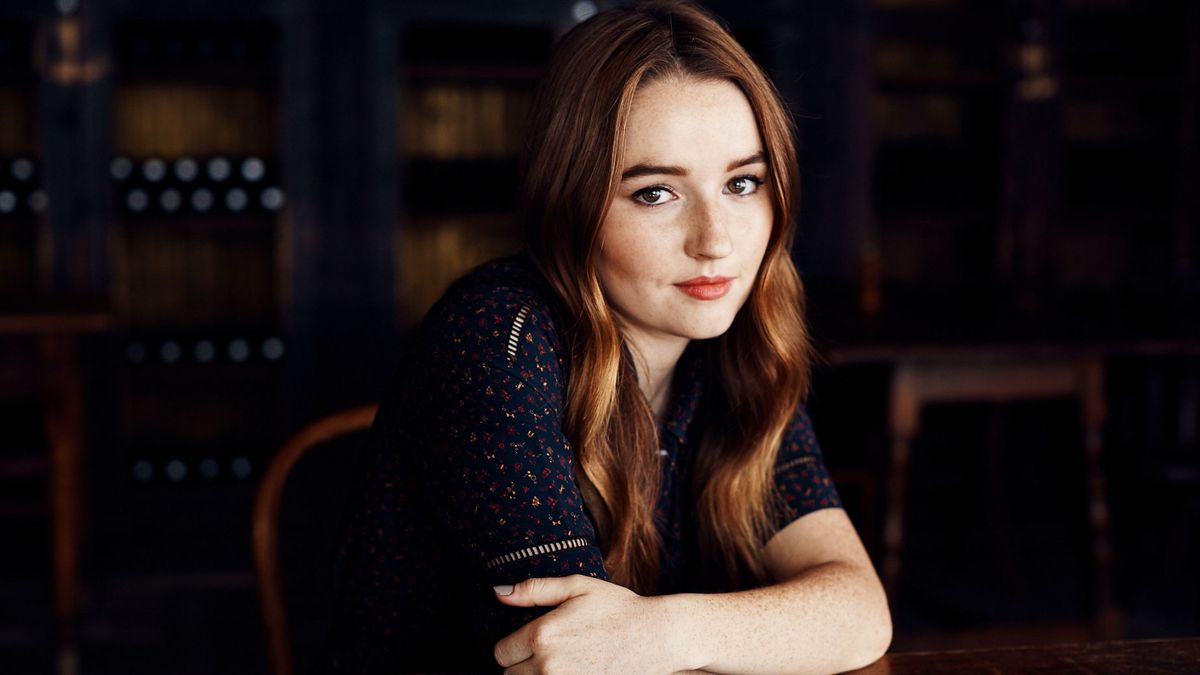 Kaitlyn Dever Was Discovered While Performing a Skittles Monologue

Kaitlyn Dever is nothing like I was at 20 years old. For starters, she’s perfectly balanced walking around in a chunky pair of Kurt Geiger heels—something I know I’ll *never* master, even with years of practice. And while most people her age are still figuring out what they want to do with their lives, Kaitlyn made her choice long ago. The actress has been doing her thing since her pre-teen years, and you likely recognize her from the Tim Allen sitcom Last Man Standing.

These days, Kaitlyn says she’s focused on film, and her first big breakout role is Karen in Kathryn Bigelow’s Detroit. The movie is based on the Algiers Motel incident during the 1967 Detroit riot—and it’s definitely different from anything she’s ever done before. Coupled with her new music career (she’s in a band with her sister), Kaitlyn’s name is one you’ll want to know. Ahead, she tells me about the recently released film, what she does to relax, and how a Skittles monologue led to her big break.

For Detroit, you said you knew you were acting but it also felt so real at the same time:

“All of the actors that I worked with were insanely, insanely talented. And giving it 100%. There were times when Will Poulter comes through the door and Ben O’Toole comes through the door yelling and screaming, and I was actually terrified. Also because of the way Kathryn likes to shoot, she doesn’t really give you a whole lot of information beforehand, or doesn’t necessarily tell you to ‘go to that spot’ or to ‘go to that mark.’ She kind of just allows you to do what you want to do, which is really great for an actor. Sometimes I didn’t know when Will Poulter was going to be whispering something awful into my ear or whatever. You didn’t know what was next.”

How do you think this role has changed you?

“This role and this story has made me more aware of my privilege as a young, white woman. It’s also made me aware of our history, and the injustice of the past and the future of now. What is going on today is so similar to our past and nothing’s really changed. Watching this as a whole in the theater for the very first time, it changes the way you feel and the way you act. It made me want to step out of the theater and do more, which is what we hope people are thinking when they come out of the theater and see it for the first time.”

You’ve been acting since you were little. When did it become something you wanted to take seriously?

“I thought you could just be on TV like Hilary Duff and Lizzie McGuire—like an easy thing that you just go sign up for or something. I might’ve been six when I started asking my parents about [acting], but it wasn’t until I was around nine years old when I was like, ‘I don’t want to do gymnastics,’ I quit ballet, I didn’t want to do any of that. I loved making people laugh and impersonating people, and my parents were like ‘Okay, we’ll put you in acting classes.’ I was in Dallas, Texas at the time, growing up. I did that for like, six months, and then an agent came to our school and watched me do a Skittles monologue [laughs]. She wanted to sign me and have me come out to L.A. for three months to audition. My parents have always been super, super, super supportive of my hopes and dreams in life, but they’re also the opposite of the typical stage parent; they were realistic about it and were like ‘Kaitlyn, we will go out to L.A., but just know that it’s not going to be the easiest thing in the world and you’re not going to book the first thing you go out on. And I ended up getting the first thing [laughs].”

I want to hear more about the Skittles monologue!

“It was so long ago, I can only remember that it was a Skittles monologue. Maybe I was naming all the colors of the Skittles. Oh—I had to say ‘Skittles, taste the rainbow’ at the end. Their little tagline.”

What do you like to do on your down time?

Can you tell me more about your music?

“We just performed on MTV live for the very first time. I was a little nervous, but it was actually so much fun. My sister is about to go to college and I’m still working, but this year we definitely want to find time for [music]. We’re going to, hopefully, be releasing a song on Spotify soon.”

You also like vintage shopping. Do you have a favorite vintage store?

“I’ve been going to this place in L.A. called Squaresville. Some vintage stores don’t have a lot certain days, but this store always has stuff and it amazes me. I always come out of there buying something—I’m going to go broke. Also, Wasteland is also my favorite because they’ve got really good concert tees.”