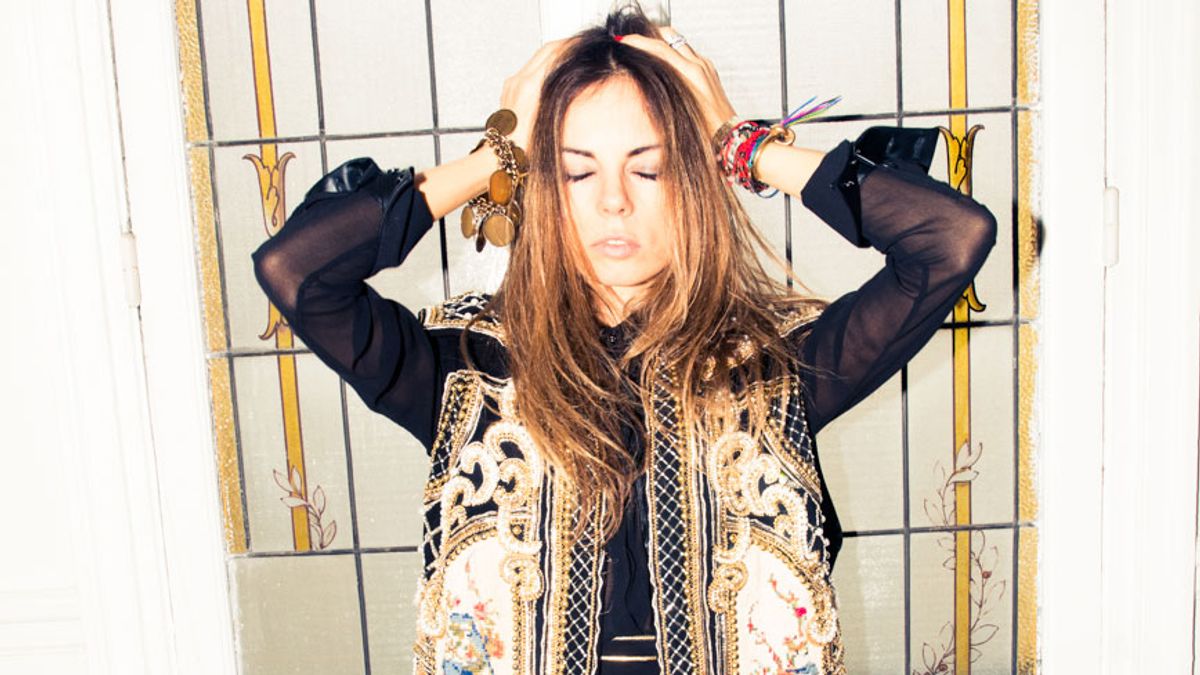 A little underarm education pit stop, if you will.

Emily Ramshaw
Like, I’m assuming, most of you, I’ve been slathering on drugstore deodorant since the specter of puberty raised its ugly head (I even remember smearing it on the back of my jersey before a volleyball game in middle school, hoping to prevent a ~hugely embarrassing~ sweat mark). Since the period of excessive use during my early teens, I’ve settled into a post-shower armpit routine—in this case, “routine” meaning little more than smearing a stick of whatever stick happened to be on sale onto my pits.

With that in mind, when I met Tara Pelletier, the co-founder of all-natural New York beauty brand Meow Meow Tweet, and she sagely pointed out to me how weird it was that we put so much work and effort into our skin care, but next to none into our armpits, well, I couldn’t get it out of my head. Aside from the common concern that some believe the antiperspirant aluminum could be toxic, I’d never thought much about my armpit care. I’m guessing you haven’t either.

As it turns out, if you do tend to your pits half as carefully as you do the skin on your face and body, well, all-natural deodorants (which, no, will not keep you from sweating, but might just keep you smelling fresh) will actually be more effective. In other words, care for your underarm skin, and you won’t stink as much. It’s as simple as that.

Here’s what you need to do to keep your pits in tip-top shape:

Pelletier suggests exfoliating once a week, but honestly, it feels so great when you do it, I’ve been exfoliating every other shower. If you’re hardcore, a dry brush works well. Otherwise, use a mitt or a fine scrub in the shower. I’m personally obsessed with Aesop’s Geranium Leaf Body Scrub, which leaves my pits (and the rest of my body) feeling soft, smooth, and clean.

In her mission to make natural deodorant accessible to everyone, even the most body-odor-phobic (aka me), Pelletier recently launched a primer for your underarms. Now, after I shower, instead of going straight for the stick, I smear a pump of Meow Meow Tweet Underarm Primer on each pit. And, guess what, the sensation is lovely—akin to putting moisturizer on your face. The primer aids in calming irritation and helps in the transition to natural deodorant. “Natural deodorant is not a one-size-fits-all kind of product,” Pelletier warns, however. “These tips are about creating more options for everyone.” That said, the primer rebalances the pH of your pits and moisturizes, two things that will make deodorant that much more effective.

I’m pretty sure applying a layer of deodorant is a step you can all walk yourselves through, but try the natural kind. Experiment, find a brand and scent you like, exfoliate, prime, and with the help of the deodorant, you won’t stink.

As with skin care, hair care, and every other aspect of your physical well-being, the scent and health of your pits has—surprise, surprise—a whole lot to do with exercise and diet. As Pelletier says: “Exfoliate, moisturize, eat healthy, drink water, and exercise. The same things that make your skin good are good for your underarms, too!” Just because they’re hidden most of the time doesn’t mean your armpits aren’t affected by your habits. “The cleaner you eat, the more fruits and veggies you have, the less you will smell. Animal proteins, even lean meats, could affect the body negatively; same with garlic, onions, fermented foods, and curries—anything super pungent.” I’m not saying I’m stopping with any of this, but next time I get a whiff of my own BO, I’ll know to blame last night’s spaghetti Bolognese.