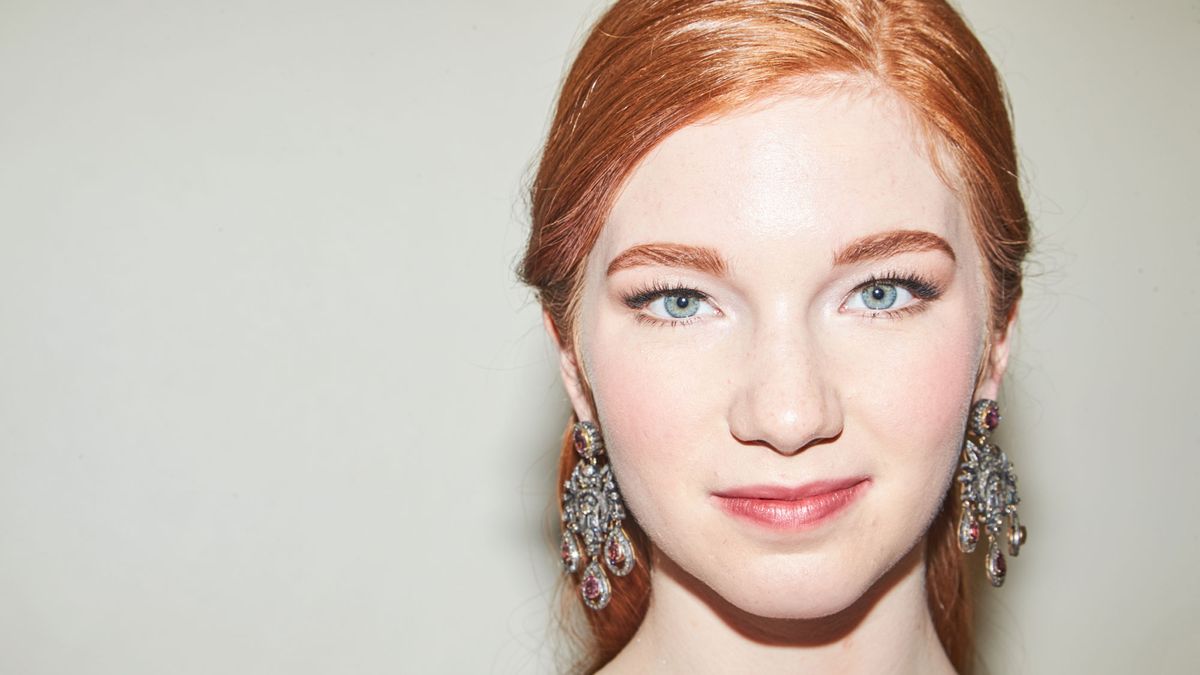 We got ready with the actress before her first-ever SAG Awards.

Pro red carpet tip courtesy of actress Annalise Basso: for your first-ever Screen Actors Guild Awards, make sure to don a one-of-a-kind ruby red Bibhu Mohapatra gown, complete with an almost-sheer chiffon train. When the time comes, expertly toss said train in the air to make for what will be one of the best and most dramatic red carpet photos of the night.

We watched all of this go down just hours after tagging along as the actress prepped for the awards. Of the epic dress, stylist Warren Alfie Baker explained, “I really wanted to create some drama with this look while showing some Hollywood glamour with a whimsical vibe to play on the film.” Before she dressed and sat down for hair and makeup (artist Roxy Saffaie created a fresh, opalescent look, while Ryan Taniguchi pulled back her scarlet hair to complete the ethereal look), we had the chance to chat with Basso, who plays Vespyr in the drama Captain Fantastic. Her excitement over the film’s success thus far, and the SAG nomination for Outstanding Performance by a Cast in a Motion Picture category, was contagious.

We couldn’t help but catching a little bit of the butterflies she admittedly felt as she tried to stay relaxed, snacking on pomegranate seeds and listening to music. But when we saw her expert arrival and dramatic display on the carpet, we’re guessing all those butterflies flew away.

4 / 22
“I'm not really nervous, I have Roxy [Saffaie] and Ryan [Taniguchi] with me and they’re both super sweet and calming and we have music playing, just trying to stay calm.”
Film &amp; TV SAG Awards
Part of the series: