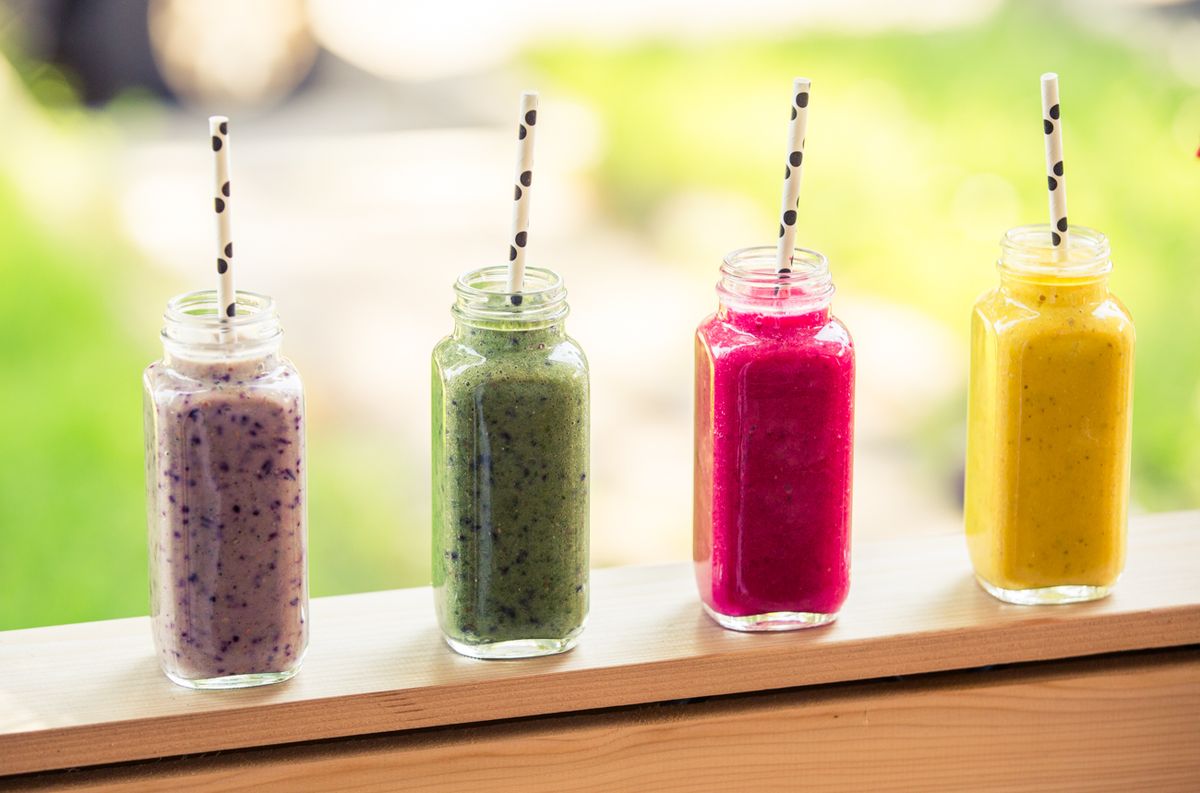 The Coveteur's editors on what they actually drink on the daily. In collaboration with Blue Diamond.

You've heard it once, and you've likely heard it a hundred times by now: we're all for short cuts—as in, we're lazy (...sometimes). This goes (especially) for meals—we mean, popcorn isn't a viable dinner option four days per week, right? (Although we'd argue otherwise.) But we've discovered an equally simple, yet far more, uh, substantial (as in, it covers more food groups) alternative to our on-the-run snack. And recently, we’ve been having our new alternative (ahem, smoothies) for breakfast, mid-day snacks (yes to the Magic Bullet!) and post SoulCycle refuels—or, you know, any time between. It also helps that smoothies are mercifully easy: toss in some greens, a superfood here and there, some sweet (sometimes frozen) fruit for something cool (because summer) and top off with Almond Breeze (our personal fave). All our allotted smoothie breaks have given us plenty of time to experiment, and our editors have perfected four delicious (we promise!) smoothie recipes that are as much our reliable standbys as our summer evening glass (or two) of rosé. Just blend, drink and repeat... you know we are. "This is literally the smoothie I drink every. single. morning. Without fail. I throw half or three quarters of a frozen banana, a few handfuls of spinach or kale (or both), a half cup of blueberries, a ton of Almond Breeze and the occasional tablespoon of chia seeds or teaspoon of Spirulina. I throw it into a nerdy Magic Bullet cup the night before and let it chill in the fridge—the whole blending process pretty much takes 30 seconds the next morning. Blend, pour, double fist with coffee—that pretty much sums up my mornings."

"I'm not a big breakfast person, so a smoothie in the morning is the only way I get some food down the hatch before starting my day. I make sure to keep it full of antioxidants and of course moo-free—let's face it, most of us can't stomach much milk. Berries, bananas, Spirulina (for my green kick), Ashwagandha (to help those free radicals) and chia (for my lower tummy)."

“Smoothies have kind of become my fool-proof snack (read: easy) for practically any time of day. I’m not kidding. I’ve made smoothies for breakfast (this one pretty much on the daily), post-run (because I don’t have much of an appetite after a workout, but completely understand the need to refuel), and occasionally as a late night snack (better than chocolate, right?). I also swear by the power of ginger and turmeric to make me feel awesome. Mixed with some coconut, Almond Breeze and mango, it tastes like a tropical treat.”

"Not going to lie, I love a breakfast that centers around eggs, bacon, avocado everything and/or pancakes. But during the week, this is an obvious no-go—hence the smoothie addiction, which happened real fast when I realized that I function a whole lot better (read: less hangry) after a fruit and vegetable-filled morning. The concoctions vary depending on what's in the fridge (usually a half empty carton of Almond Breeze and various produce) but I always chuck in berries, an orange for vitamin C and beets. Lately Almond Breeze Almond Coconut has been a staple in the lineup—it smells like a tropical vacation instead of Monday morning. Which is all you can really ask for at the beginning of the week, no?"

Recipes
More From the series Entertaining