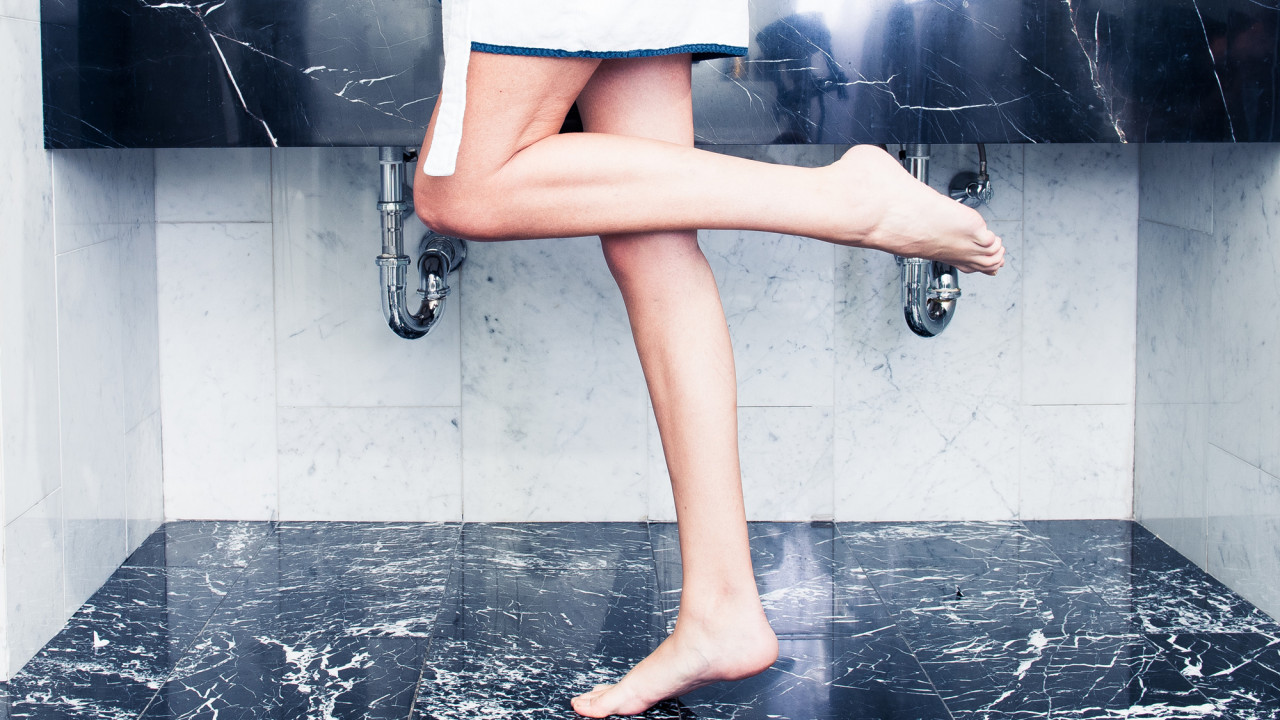 The Best At-Home Hair-Removal Products, According to the Pros

There are lots of people we’re missing during our time in quarantine. Hugs from family members aren’t feasible anymore, nor are we clinking glasses with friends on a Saturday night. There are no coffee runs with colleagues, or morning chats with our baristas before work. And among all the beauty services we’re anxious to incorporate back into our routines, a visit to our hair-removal technicians ranks pretty much near the top of the list, since many of us now know what happens when we go a month or more without professional hair removal.

Now, we will not sit here and pretend that we’ve never let our body hair run wild before. Why shouldn’t we? Hair has its own natural function, whether it is warmth, protection from bacteria, or blocking debris. Growth is totally natural and normal, so if your modus operandi is to rock your hair in all its glory, then that’s great. And if you prefer to be as bare as a dolphin, then that’s fine, too. Hair is hair, and what we choose to do with it is totally our call.

If you are, however, a part of the crowd that prefers a more trimmed appearance, you might be wondering which products are the best now that your relationship with your technician has reached a temporary halt. With so many different types of at-home items, all claiming to be the crème de la crème of hair removal, it’s no wonder you might be confused about where to turn. To learn more about the most efficacious modes of at-home treatment, we spoke with hair-removal expert Kim Lawless, a celebrity wax professional based in the UK. She’s even created her own technique for intimate waxing both men and women, which students from all around the UK learn at her own hair-removal school. Here’s what Lawless has to say about the best products to use for hair removal at home.

What are the different types of waxes available to use for hair removal?

“So we have two: hot wax, or hard wax, [which is] removed with your hand. Strip wax is the one where you apply the wax and then remove it with a white paper strip. In terms of marketing, they’ll try and sell things for sensitive skin, and most of the time it rarely is. What I find is that hot wax can always be used on sensitive areas: Brazilian, bikini, underarms, facial waxing, et cetera. With a good hot wax, they all look the same; they usually come in little beads, and some come in blocks. Some have got beautiful fragrances, but the proof in the pudding is when you use it.

“A good hot wax will be quite pliable, but also once you finish the waxing, there is no immediate soreness. Strip wax is amazing on certain body parts. With strip wax, it doesn’t matter how good the waxer is—you always remove a bit of skin. But if you’re a good waxer, you only lift the dead skin cells. There are still lots of therapists who would use strip wax on any body part, regardless of the pain and trauma that it causes, but they do that because it’s cheap. We would do legs and large body parts with strip wax, but I would definitely never do that on intimate waxing. Hot wax I would always use on sensitive areas. Anywhere else, larger areas, strip wax is fine.”

Are there any tricks you wish more people, women and men, knew about at-home waxing?

“If somebody is going to attempt waxing at home, they need to support the skin by stretching it. As they’re removing the wax, they need to support the skin—they mustn’t let go until the wax is fully removed, because if they let go halfway through the removal of the wax, the skin will bounce, bruise, and possibly tear. Also, with a spatula, if they imagine the spatula is a comb, when they’re applying the wax, comb the wax on. You’re applying the wax on in the direction that the hair is growing, and you’re removing it in the opposite direction as flat as possible to the body.” 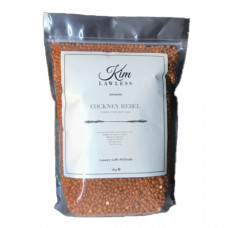 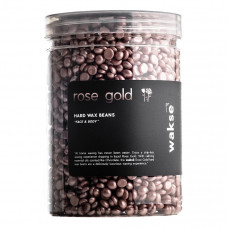 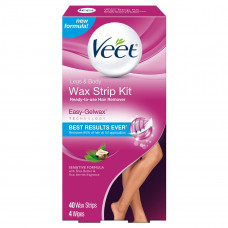 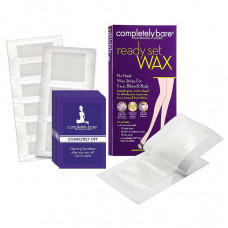 “I would say stick to wax. When people train in sugaring, they say that it removes hair from the root, when it actually doesn’t. If we’re talking about a home hair removal, I remember that when I was a kid, [we would] mix up lemon and sugar and melt it. If you were to remove [hair] with the original sugar formula—I think the Egyptians used to use that—that might be good. But nowadays they’ve changed [the formulation] so much that I’m thinking, What’s the difference between that and wax? I don’t [prefer] it over waxing.”

A lot of people have been gravitating towards the ease of hair-removal creams. Would you recommend these types of products?

“If you’re hairy, you’ve got to do what you’ve got to do, especially in these times. Hair removal creams are fine if your hair is fine, but they’re very aggressive to the skin. A lot of new clients would tell me about the troubles they’ve had in the different ways they’ve removed the hair: If they’re using removal cream, they’ll say how it burned them and so on. If you’re fine with it, I don’t see a problem with removal cream.” 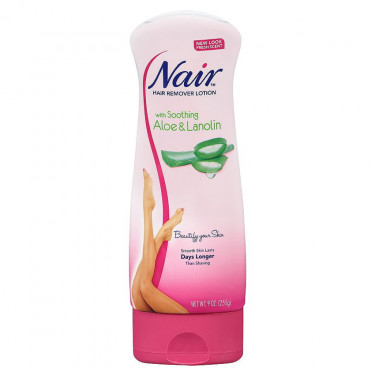 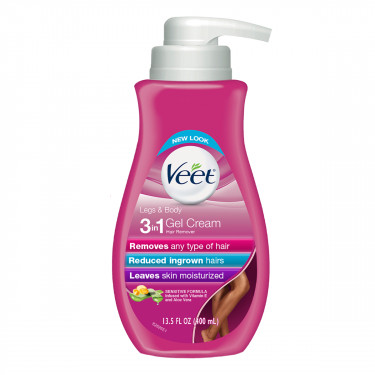 “I would say call the person doing your laser [treatments]. My guess is they would tell you to continue shaving because that is what you do between laser sessions. If you start doing home waxing or removal creams, it might [mess] up the laser. But I would say take the advice from your professional.” 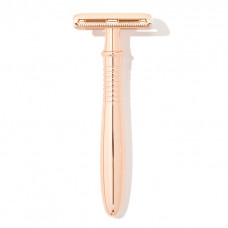 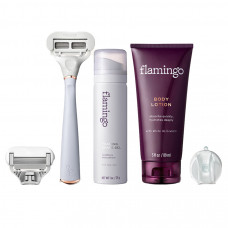 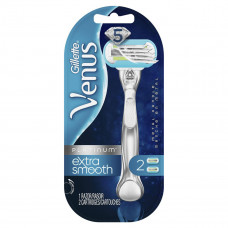 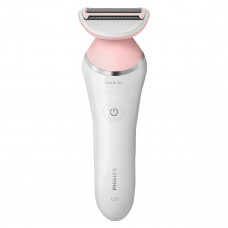 Would you recommend that a person shave until they see their technician again?

“We don’t know how long we are going to be in lockdown for, and some people get really stressed out about being hairy, so I totally get it if they’re going to remove it in any which way. Once lockdown is over, if they have been shaving, they should not have less than 21 days’ growth before they go to their waxing. Shaving is the bane of any waxer’s life. When you shave, it takes a few waxes to get into the right rhythm for waxing, because shaving causes a lot of problems. But if you’ve got to do it, you’ve got to do it. If you have to shave, use a good brand so that it doesn’t rip you to pieces. Make sure to use plenty of soapy shower gel. People forget to do that and then end up cutting themselves.”

Are there any hair trimmers that absolutely must live in everybody’s collections?

“You know those narrow ones? They’re usually called bikini trimmers. They wouldn’t be as wide as what men would use to shave their heads–they’re about half the width. If you go to a drugstore, it doesn’t matter, just buy a cheaper one, [but] make sure to clean it in between.” 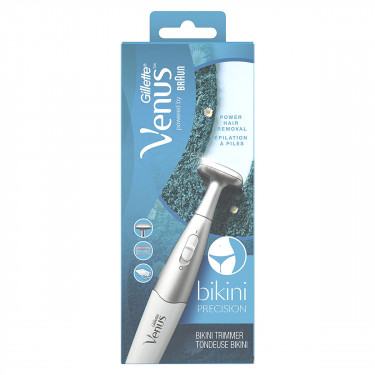 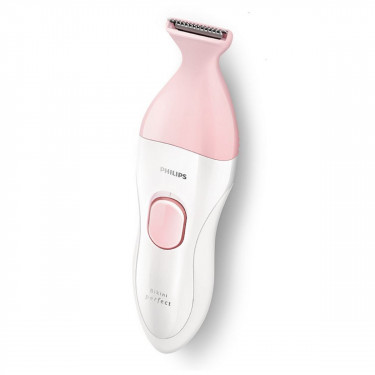 Which products would you recommend for ingrown hair removal?

“We use professional tweezers, but regular ones are fine [as long as] everything is sterilized like we do it at the salon. At home, who is stopping you from taking the tweezers and chucking them in the drawer? What I suggest with any pair of tweezers is boil a kettle, pour the boiling water over the end you’re going to tweeze with, give them a spray with an anti-bacterial spray, and then dry them.

“With ingrown hairs, I’m a great believer in prevention is better. Some people are just a bit prone to ingrowns, so [I recommend] using a dry body brush. That should not be used until 48 hours after the wax–you don’t want to aggravate the skin. If it’s the bikini area, make sure you go across the pubic mound, or if you get them on your legs, go up and down your legs while the skin and brush are dry. Then have your shower or bath, and then if you have a nice body oil that you like to use, put it wherever you get them—the pubic mound, legs, bikini line. If you do that a couple of times a week, you will see a vast improvement.” 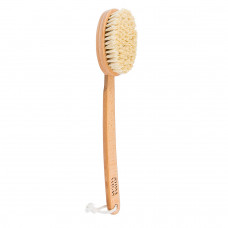 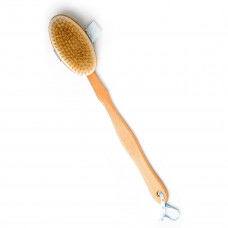 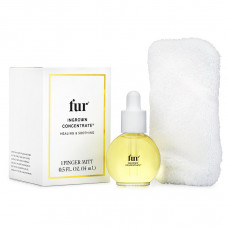 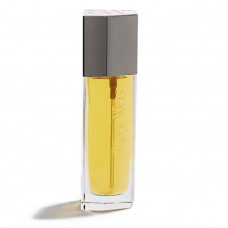 Photo: Shot on site at 6 Columbus, a Sixty Hotel

Unwanted Facial Hair: Why You Have It and How to Treat It
Expert Tips for Keeping Your Brows Looking Their Best
12 Face Masks to Give Your Pores a Spring Cleaning