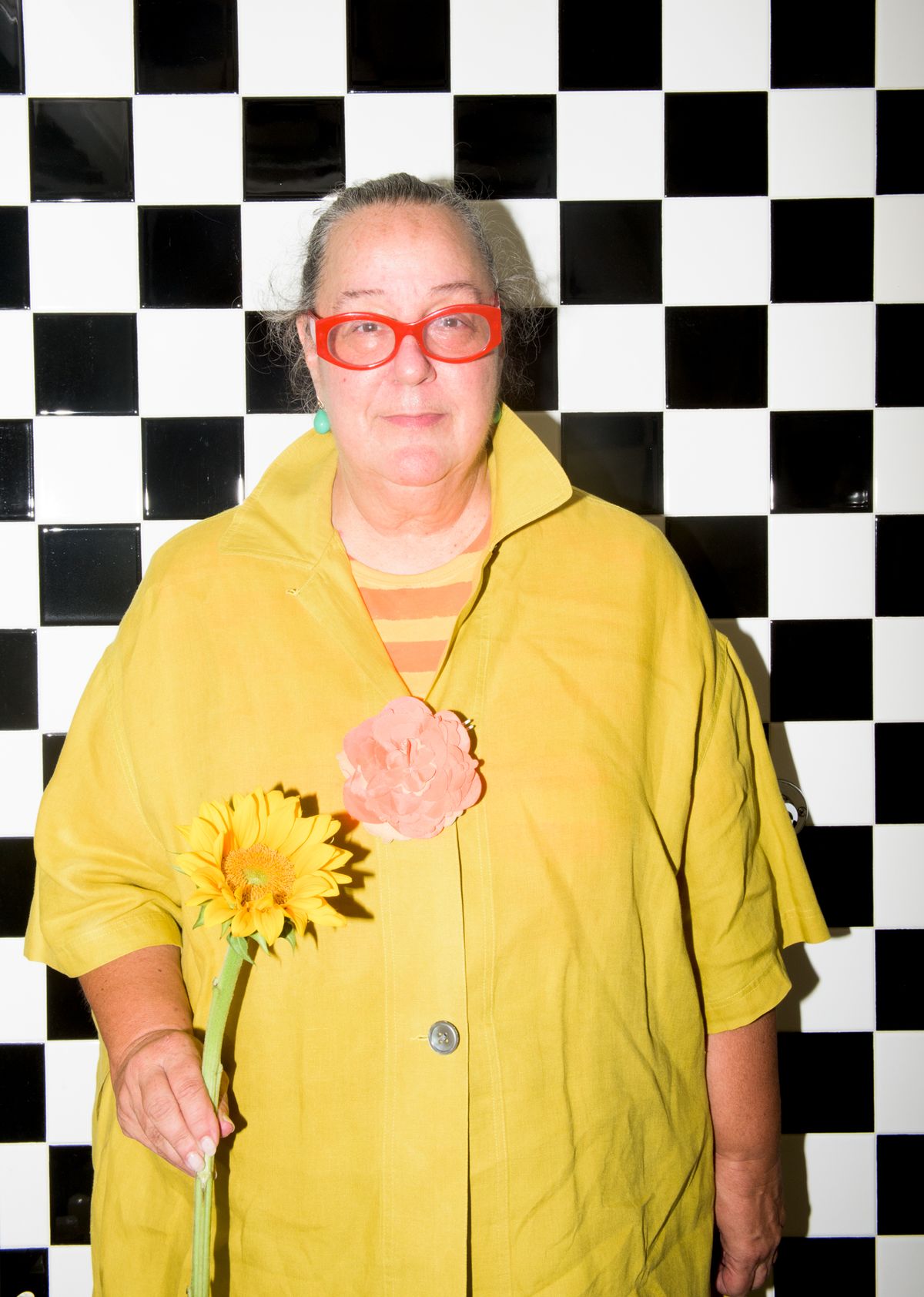 Inside the Colorful Closet of Paper Magazine Co-founder Kim Hastreiter

Unsurprisingly, the legendary editor’s home and wardrobe are *quite* noteworthy. New York.

Four years ago we released The Coveteur: Private Spaces, Personal Style, our book exploring the homes and wardrobes of some of the world’s brightest fashion luminaries. A handful of the stunning closets from the tome have never been published online—until now. Today we’re taking it back to July 2014, when we were lucky enough to meet Paper magazine’s co-founder Kim Hastreiter at her art- and collectible-filled Greenwich Village apartment.

The Coveteur hearts Paper. We’re just going to put it out there. They’re one magazine—one “old” media publication—that has embraced us since the beginning. (Not that it can at all be called old, but we’ll get to that later.) They even had us collaborate on an issue and photograph Nicole Richie for their cover. But enough about us, because this is about Kim Hastreiter, the magazine’s co-founder and long-reigning editor, who has managed to make an entirely independent magazine about style (and all that word implies—fashion, art, culture, music) launched in the ’80s, one of the most influential and relevant media ventures in the country. We like to think of Hastreiter this way: If she gives you her blessing, you’re officially part of the industry’s cool club. Just look at what it did for Kim Kardashian when Paper decided to put Jean-Paul Goude’s version of her on the cover. Internet, broken.

To put it mildly, Hastreiter herself is a serious presence, in part because of very specific signatures. Like, say, her red glasses. And her skirt-suited uniform that she seems to have in every single color. How many, exactly? Let’s just say it was part of our mission to find out when we got the invite to Hastreiter’s Greenwich Village apartment one hot summer morning. It didn’t take us long to realize, though, that the editor isn’t just a woman with a uniform (this is a no-jeans-t-shirt-leather-jacket situation). As specific as her signatures are, there’s an even more specific reason.

So while Hastreiter watered her abundant balcony garden overlooking Washington Square Park (it was a New York moment, people), she told us about her near 20-years-strong go-tos. “I always dressed wild,” she told us. “As you get older, you can be one of those kinds of people that wear crazy shit on the street and they’re like, 70 years old. But I didn’t want to be that person, I decided.” She proceeded to outline her jewelry (Ted Muehling earrings), her sneakers (Vans), and her suit (a custom pattern based on a beloved Isaac Mizrahi jacket mixed with a Mao uniform and a Yohji Yamamoto skirt). It’s not exactly boring, though, because she owns maybe a thousand versions of each—as you might have guessed, we were unsuccessful in the survey aspect of the mission.

But it’s a testament to Hastreiter’s seemingly instinctual ability to have her finger constantly on the proverbial pulse that she has a copious collection of other clothing items and, just, stuff, that essentially reads as the most important moments in fashion and culture history over the past thirty-odd years. Like her custom Stephen Sprouse from the man himself. Or t-shirts painted by Keith Haring. And the fact that she has all of that and continues to fall in love with the new, as well (there was a particular Burberry mint bag she was mooning over), is pretty indicative of how she’s maintained Paper’s roots as an underground style magazine, while remaking it into a digital-age powerhouse that doubles as a creative agency. She may not be the older woman dressed in (totally) crazy shit, but she’s definitely not fading into the background, either.

Unsurprisingly, the legendary editor’s home and wardrobe are *quite* noteworthy. New York.

Inside Alice Temperley’s Boho-Meets-Glam Closet
A Closet So Luxurious It Will Go Down in Coveteur History
Step Inside a Closet Full of Vintage Jean-Paul Gaultier & Streetwear Classics
Part of the series: