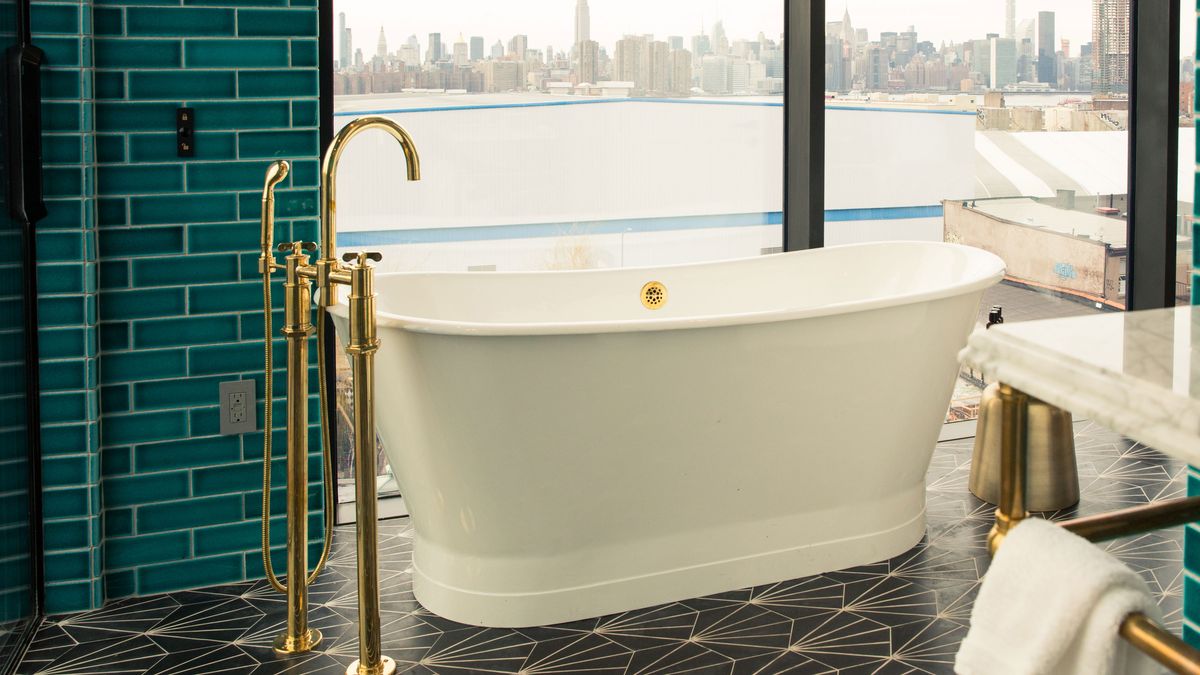 Why This Brooklyn Hotel Is Like Catnip for the Cool Crowd

Everything we love about The Williamsburg Hotel.

Dylan Grace Essertier
Alec Kugler
Recently, a bevy of hipper-than-thou hotels have sprouted within a mile radius of each other in North Williamsburg. Leading the pack in 2012 was The Wythe, the OG when it comes to homespun, industrial-chic (yet very posh) hotel vibes, which was followed by the grandiose William Vale, and most recently, The Williamsburg Hotel, which opened its glossy bronze doors in 2017. As one of the only women-owned and led hotels in New York (the founder, GM, and head chef are all women), it's has a special little something. We had the chance to be one of the first guests to get a glimpse of the property, and were excited to recently go back to see what’s been happening, and we can safely say it is poised to be a reoccurring source of hisptergasms for years to come.

The eight-story, 150-room property located on the corner of Wythe Ave and North 10th St. and has incredible views of the Manhattan skyline. Grab a drink at the lobby bar and book a room, or grab a bite at the New Eastern Mediterranean restaurant, Seven Seeds, helmed by Chef Melissa O' Donnell, who is a five-time Michelin Bib Gourmand recipient for her Lebanese-ish restaurant Lil’ Gem and Salt. A night cap at the water-tower bar is great all seasons but the rooftop pool is the real winner during summer months. The Grand Ballroom, which is fitted out with Great Gatsby-inspired interiors (swoon) and can hold a whopping 400 seated and 750 standing. Brides-to-be, can’t you just picture your guests swinging from the crystal chandeliers already?

Honestly, we’re not usually fond of string—unless it’s in cheese form—but artist Eric Reiger’s installation, strung with 655,240 yards of multicolored yarn that hangs over the hotel’s oaky lobby bar had us in awe. Sip on a signature cocktail (we recommend the Seven Spices with smokey Illegal Mezcal, lemon juice, honey, yellow pepper, jalapeños, cilantro, and spiced rum), as you take in the room, including soaring brick walls, a cascading spiral staircase, and funky round windows that look plucked straight from a stylish submarine. Other design highlights include custom toile-inspired wallpaper designed by Beastie Boy Mike Diamond, featuring quintessential Brooklyn scenes and figures—from a Nathan’s Famous hot dog to a group of Hasidic Jewish men, to the late, great Notorious B.I.G.

Where Loftlike Dreams are Made

Michaelis Boyd (who is also responsible for the Soho House Berlin interiors) has designed dapper rooms outfitted with floor-to-ceiling windows with views of Brooklyn, Manhattan, and the East River. The cozy, loftlike spaces are accented with Art Deco-inspired furniture, white-washed timber walls, and bathrooms equipped with elegant brass fixtures. If you really want to ball, book one of the hotel’s suites, which feature opulent stand-alone tubs facing the skyline. (I know what you’re thinking, and yes, the bath is big enough to fit two.)

With the hopes of creating a property that not only caters to guests, but also supports the local neighborhood, you’ll find plenty of Brooklyn-friendly elements within the hotel. The hotel amenities have been created by Brooklyn-based brand Apotheke. Keep it classy by enjoying afternoon tea ($40 per person) with blends from Greenpoint-based Bellocq Tea Atelier, and which features savory snacks and decadent pastries are made in-house by Arsenio Duarte.