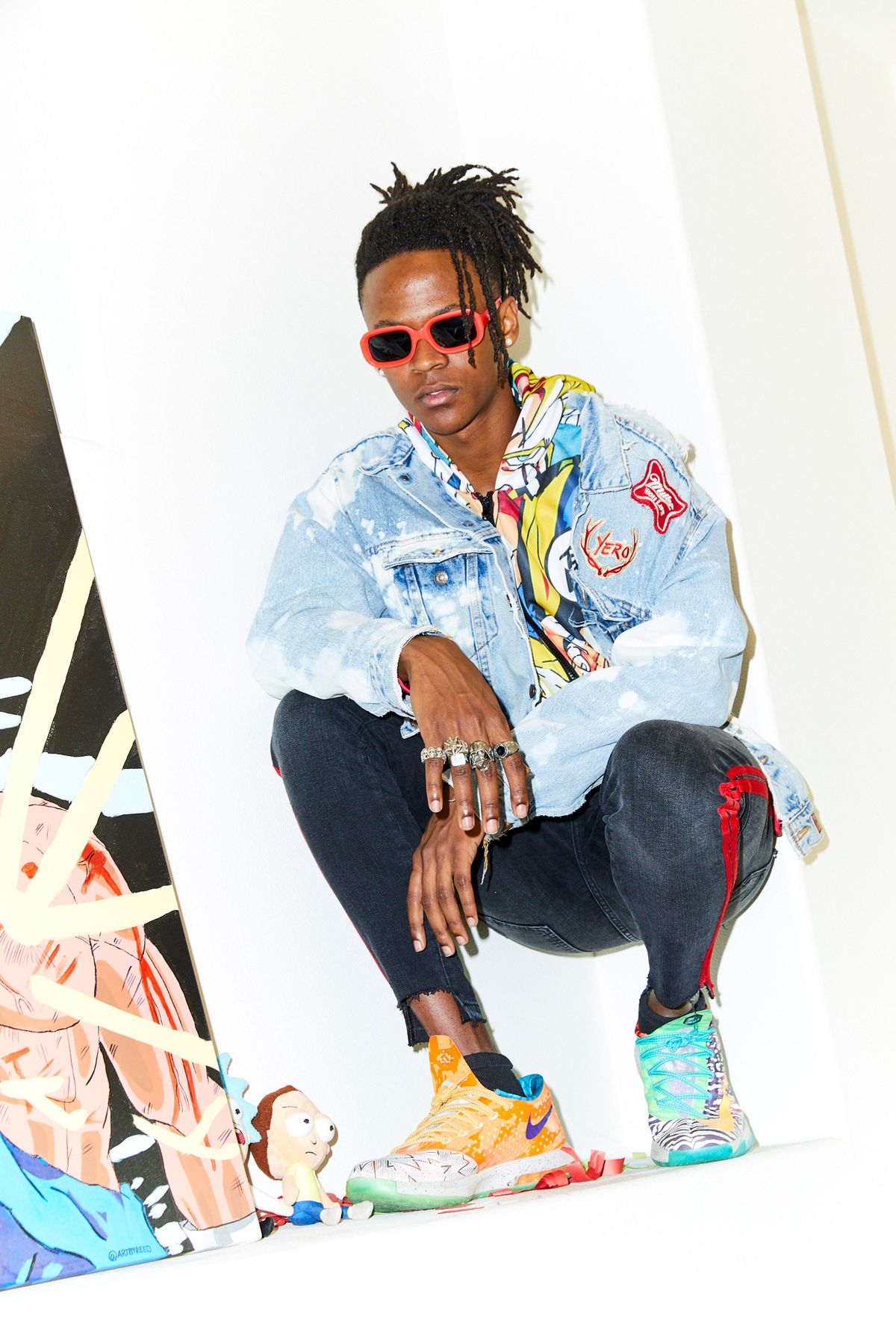 Noah Lehava
Tristan Kallas
Noah Lehava
In a totally unprecedented, non-scientific, clichéd, and completely based-on-our-own-insight case study, it’s easy to draw the conclusion that most individuals follow their parents’ career footsteps. That probability multiplies tenfold if said child comes from a famous parent (or parents). Just look to the Kaia Gerbers and Jaden Smiths. For Myles O’Neal, son of one of the greatest players in NBA history, Shaquille O’Neal, that career path would naturally lead him onto the court. Yet his sartorial proclivity and love for fashion had a stronger pull. He thanks Pharrell for that. “We were leaving the Beverly Hills Hotel, and we saw Pharrell—that’s when [Billionaire Boys Club] was really popular and Icecream came out. I was like, ‘Man, he’s dressing so wild,’” O’Neal reminisces excitedly. “He started that for me.” His six-foot-plus frame and nonchalant approach to wearing rhinestone caged hoods and brocade smoking slippers caught the attention of NEXT modeling agency, who signed him and helped him land recurring spots on Dolce & Gabbana’s runway. Now he’s making his mark as a fixture amongst the young, rising luminaries of our generation. O’Neal’s closet, rife with everything from Maison Margiela painted kicks to Raf Simons and custom Dragon Ball Z jackets, was the perfect encapsulation of his personality. As we strolled through the streets of L.A. with his new Yorkie pup Draco in hand, he laughed about taking style advice from his dad, told us what he’s learned from a life in the limelight, and confessed about that time he almost stopped mid–Dolce & Gabbana show to tell Jon Snow he loved him. Click through the gallery below to see more of O’Neal’s inimitable style.
Celebrity

BornxRaised Founder Spanto’s Closet Is a Collision of Streetwear, Vintage, & ’90s Nostalgia
Model-Slash-Musician Shaun Ross Has a Closet Full of Emerging Brands
Dr. Woo Tattooed His Céline Bag & It Actually Made It More Valuable
More From the series Celebrity