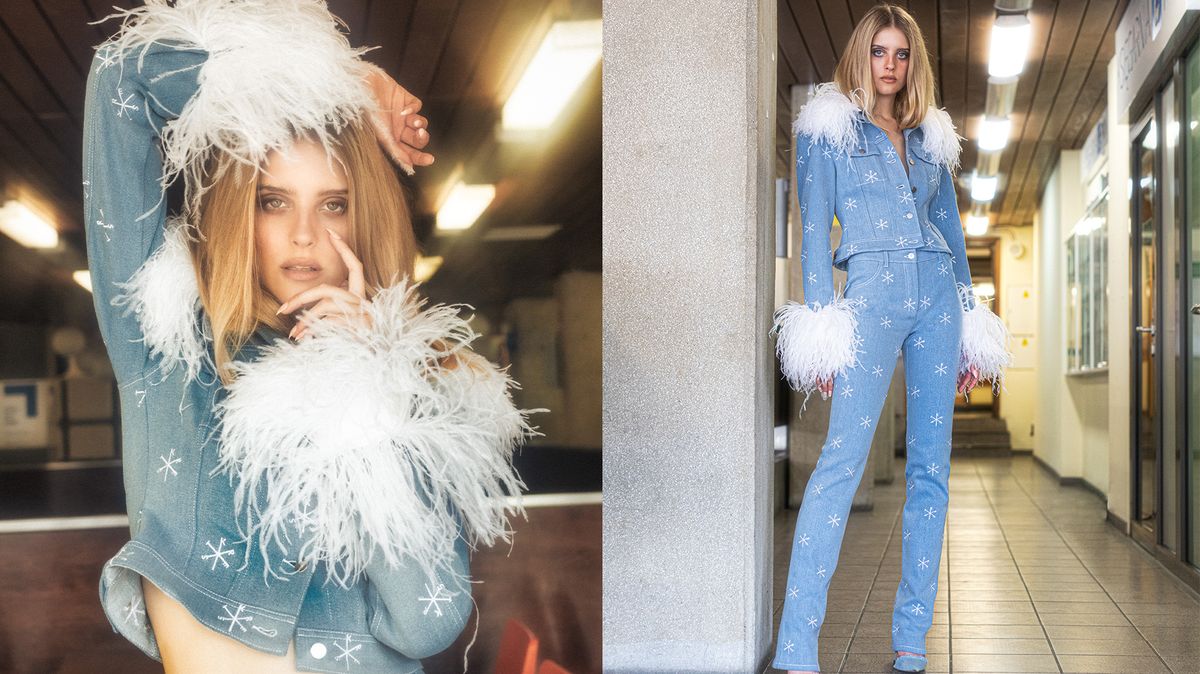 Kreist Is Paving the Way for Denim Couture

The Polish brand is making the pieces of our dreams.

Jodi Taylor
Polish designer Krzysztof Stróżyna launched Kreist in 2016 following his graduation from Central Saint Martins. Since then, a plethora of celebrities—think Joan Smalls, Lady Gaga, Ashley Graham, and Sita Abellan—have been spotted in the brand’s “denim couture” and ready-to-wear pieces, many of which incorporate hardware, fringe, and cutouts. “We often refer to Eastern European culture [in our designs],” Stróżyna explains. “Folk pieces, Polish craftsmanship, fashion from our Soviet past, architecture, etc. From the very beginning, we are about wearability, but we want the pieces to standout at the same time [and] to be adaptive and humorous. We also love to domesticate kitsch by using eye-catching colors, feathers, fringes, ruffles, pink fake fur, and a lot of shiny details.”

In addition to the Eastern European references, the style of the brand is also directly influenced by Stróżyna’s family. “My father always [wore a] Canadian tuxedo when I was a teenager, my mother [wore] Versace, Escada, and other high-end brands, so those two worlds collided,” he continues. “That is why I sometimes call it denim couture.”

Shiny metallics, buckled denim jeans and jackets, and a few logo-detailed pieces make up the most recent autumn/winter 2019 collection, and we’re already brainstorming ways we can wear (and purchase) each piece.
1 / 15
Photo: Courtesy of Kreist
Want more stories like this?

Kuzyk Is Making This Season’s Most Enviable Coats
Wearing Ciao Lucia Makes Every Day Feel Like Vacation
Meet Saintwoods, the Brand That Knows Parties & Sweatpants
Part of the series: