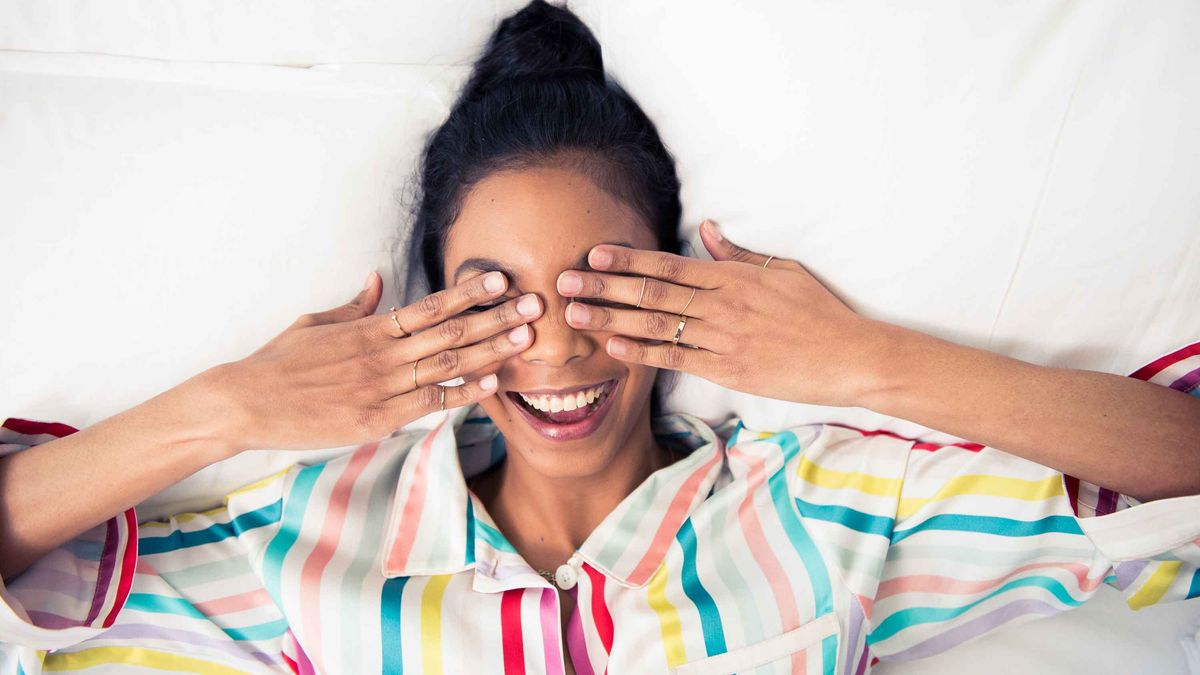 The Bad Habit That Is Sabotaging Your Success

How to stop it once and for all.

Lauren McGoodwin
Meagan Wilson
One thing we’re 99 percent sure we all have in common: that evil little voice in your head telling you you’re not good enough, pretty enough, smart enough, experienced enough… And you know what? That voice is probably responsible for 99 percent of the things that don’t go the way you’d like them to. As they say, you miss 100 percent of the shots you don’t take. So in an effort to turn that 99 percent failure rate into a 100 percent success story, we turned to Lauren McGoodwin, aka @careercontessa, to help us get out of our little shame spiral. And even better news, you can check back regularly for her advice and tips on making the most out of your career. In the meantime, visit careercontessa.com for even more work/life advice.

Negative self-talk is a new epidemic among ambitious, smart women. I hear it daily from my friends when they don’t get the job, get some critical feedback from a colleague, or when their relationship is going south. I hear it from women entrepreneurs who aren’t sure if they’re good enough to keep their businesses going. And I hear it in my own head.

The other day I was in a negative spiral of self-talk at dinner when my husband asked, “Why are you being so mean to yourself? Does talking like that to yourself ever fix your problems? It seems like it does more harm than good.”

His comment spurred an Oprah-like aha moment (followed by an “I hate when he’s right” moment).

Sometimes a little self-criticism is a good thing. It can be the kick in the pants you need to push past fears and get started. But when you’re just creating (and encouraging) a tornado of self-destruction? Too far. And if you want to be successful, you’ve got to stop. Now.

The thing is, my aha moment is backed up by some pretty tough research. “Excessive self-criticism tends to backfire, because it leads us to focus on our so-called failures instead of the small ways that we could have improved,” says psychologist Tamar E. Chansky, PhD, author of Freeing Yourself from Anxiety. And over the long term, studies show negative, “failing at life” self-talk is associated with higher stress levels and even depression.

One thing I know I don’t need in life is higher stress—and neither do you. Try doing the following to curb your negative self-talk.

1. Give your inner critic (and rants!) a name

This step makes for an interesting (and maybe a little silly) challenge—give your inner critic a name. You know, that negative, discouraging voice you hear when nothing seems to go right. When you give it a name, even a goofy one, the feeling becomes less powerful and you can neutralize her effect. I have an easier time separating my thoughts as Lauren from my inner critic when she’s named…Nasty Natasha. (I know, I know.) Brené Brown, PhD, a research professor at the University of Houston Graduate College of Social Work and author of The Gifts of Imperfection, calls her voice “the Gremlin.” Naming your inner critic and even your specific rants helps you break through the emotional part that this anxious moment has over you. Your goal is to break up the cycle you go through during an anxious moment or rant.

2. Define your negativity quickly and specifically

When you’re beating yourself up, it’s easy to turn a small mistake into an epic failure—one that you’ll maybe never bounce back from. The next time you feel yourself going down that path, take a deep breath, then quickly narrow it down and visualize that negative thought. By defining your negative thought into something smaller and more specific, you’ll feel more confident that you can take it on.

3. Try the power of possible thinking

“We feel a lot of pressure to turn it all around and make it positive,” Chansky says. “But research has found that when you’re down and out and force yourself to say positive things to yourself, you end up feeling worse.” That’s because our internal lie detector goes off.

Chansky suggests a technique called possible thinking, which involves reaching for neutral thoughts about the situation and naming the facts. “I’m the worst manager” becomes “I’d like to become better at giving feedback and do it more often.” The facts give you a lot more choices and directions you can go in.

“Why are you being so mean to yourself? Does talking like that to yourself ever fix your problems? It seems like it does more harm than good.”

4. Change your outlook with a positive spin

Attitude of gratitude is the way to go! A simple, positive thought can change your whole outlook. Instead of telling yourself “I’m so disorganized, I’ll never get anything done,” train yourself to say “I’ve got a feeling that I might not get this all done.” It may sound silly, but this little change of wording gives you distance and reminds you that your low moment is just that: a passing moment. Start attaching your negative self-talk to a feeling, thought, or moment so you continue to separate who you are from what you feel.

A quick way to stop nasty self-talk is to think of someone you trust and imagine what she would say to you. Would your mom call you a total failure? Nope, and that’s not just because she’s your mom, either! It’s because you’re your own biggest critic.

6. Embrace your failures and imperfections

Give yourself a break and free yourself from the incredibly high standards you’ve created. “Perfectionism is so destructive,” Brown says. “I’ve interviewed CEOs and award-winning athletes, and not once in twelve years did I ever hear someone say, ‘I achieved everything I have because I am a perfectionist.’ Never!”

So what does Brown hear? These super-successful people credit their accomplishments to a willingness to make mistakes, learn from those mistakes, and most important, move on. Give yourself permission to move on and really let the mistake live in the past.