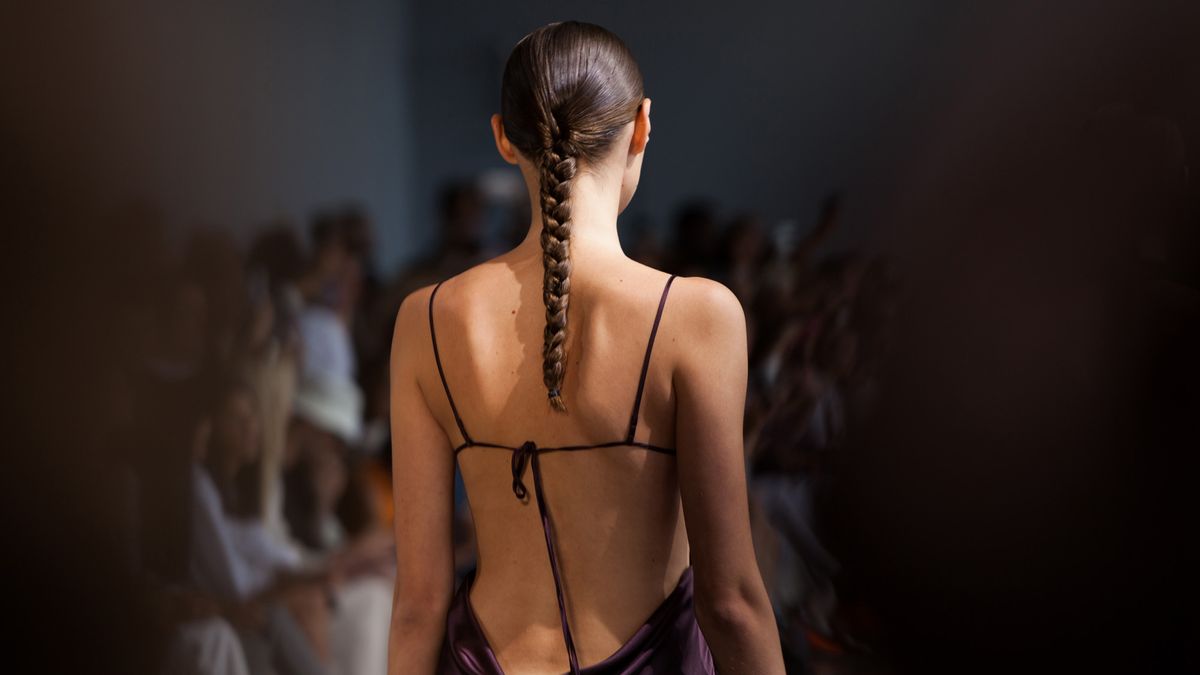 And we are ready for it.

Hannah Baxter
We’ve finally wrapped on another marathon New York Fashion Week, and among all of the glamorous beauty looks we caught backstage and on the runway, there was one hairstyle that stood out: the power ponytail. This isn’t your average schoolgirl updo; rather, designers and hairstylists channeled a cooler, more fetishized look to the pony, with plenty of equestrian vibes thrown in for good measure.

Photo: Courtesy of Proenza Schouler
Take, first, the whiplike leather-wrapped style at Proenza Schouler. As models sauntered down the catwalk, the stick-straight lines of hair bobbed against their backs almost menacingly. Hair artist Guido Palau left an inch of hair at the bottom, which was then flat-ironed using the Sultra Bombshell Curl, Wave, and Straight Iron, and—in a nod to the ’80s—used liberal amounts of Redken Hardwear Gel and Triple Pure 32 Hairspray to create a drenched look at the front. The effect was masculine, but not too harsh, and the equestrian-meets-dominatrix look of the ponytail kept the collection feeling elevated and modern.

Photo: Courtesy of Bevza
At Bevza, Kien Hoang gave us a sleek middle part, using Oribe Curl Gelee for Shine & Definition and Maximista Thickening Spray on half-inch sections before securing at the nape of the neck. Then, rather than leave the pony loose, his team created a low three-strand braid, securing it with elastic at the bottom. With nary a hair out of place, the braid looked mature, elegant, and sleek—a gorgeous complement to the minimalist collection. It’s the look of a woman who isn’t hiding behind her hair and instead putting her face front and center. It’s also easy to grab on to (wink wink).

Photo: Courtesy of Dion Lee
Dion Lee rounded out the last day of NYFW sending elegant fishtail braids down the runway courtesy of Eugene Souleiman. The hair was swept back, with either a center part or away from the face for a more masculine feeling, and held in place with Wella EIMI Stay Firm Finishing Hairspray. The fishtail style gives the braid an upgrade from the traditional three-strand style, for a tougher, sartorial effect. And considering Lee dressed his models in leather garters and architectural harnesses, it’s clear that the editorial dominatrix vibe will be carrying us all the way through fall.