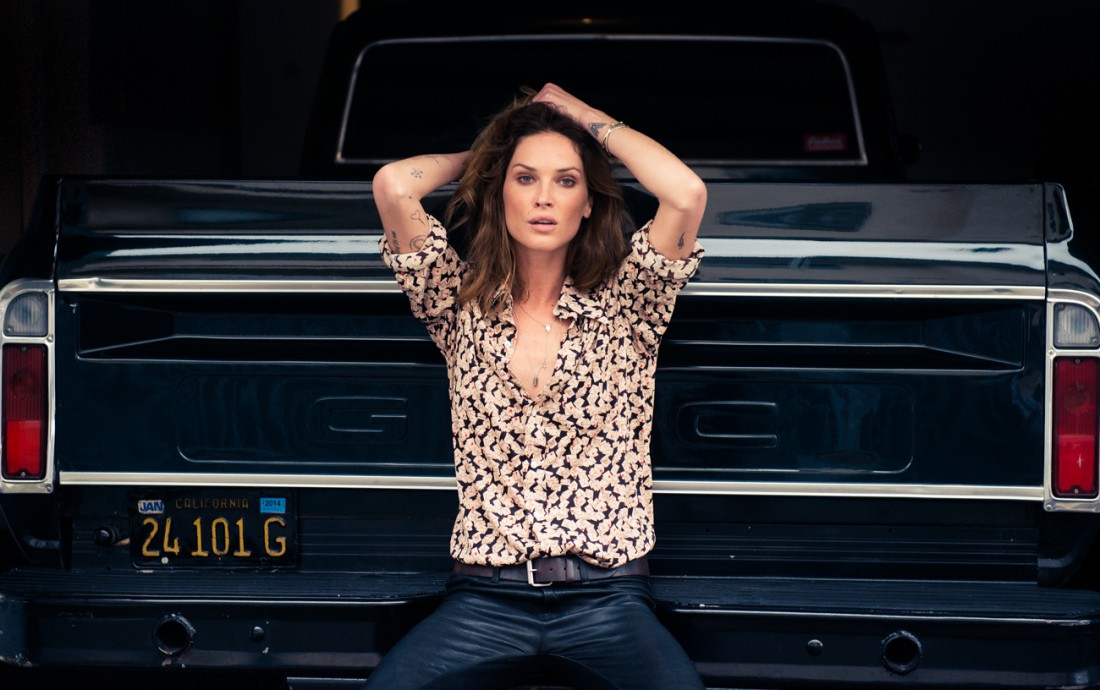 How to Feel More Confident in 60 Seconds

7 tips to channel your inner Beyoncé.

It’s the affirmation we recite to ourselves in the mirror every single morning. Aside from her enviable everything, it’s her confidence that’s just so damn out of this world. We mean, who else can go from dancing onstage in ass-less caged bodysuits to singing for the president in the same week?

Truth is, sometimes we all need a little extra inspiration to get up in front of hordes of people (and we’d like to think that Beyoncé is no different, because “they’re just like us,” right?). So, to give our confidence a little boost and help us get noticed in, let’s say, a job interview or while giving a toast, we went straight to five-time Emmy-nominated TV producer (you know, of Veep, Eastbound & Down, and Banshee) Stephanie Laing, and our (by now household) career-advice pro and founder of Talentedly, Lydia Loizides. This is the sort of advice that will blow your self-consciousness to smithereens in under a minute.

“There has been some really great research over the last 3 to 5 years from social psychologists and business-development organizational people who have really focused in on body language, especially for women. One of the things I have tried and really enjoyed is the idea of the power pose, really being able to understand and hold your body in front of people. What you don’t want to do is stand with your hands in front of you, closing yourself off. You want to come out and start with a pose that’s going to be: your feet slightly shoulder-width apart, arms to the sides (you may want to begin with one hand on a hip in a major presentation and then put your hands down). Start with trying to make your body big. Before you go out, do a quick what they call “the tall and proud”: stand there, put your arms up, and stretch. It’s almost like a sun salutation, but slightly more with a V—just let your body get big. Feel that bigness. Put those arms down and then go out and start that presentation.”

“I have a friend who is a pilot and his favorite saying is ‘Just fly the plane. No matter what happens, just fly the plane.’ In presentations, just keep presenting. People are human, they slip up—you may pick the wrong words, you may have gone out of order. The audience may not know that, only you may know that. Keep doing the presentation, just persevere.

“The second thing is when you are presenting, keep your head still. People don’t realize that often when they are presenting their head is bobbing, the hands are moving, they may be pacing, or some nervous tic may be coming out. One of the things to just focus on is that your head is straight. Second thing is make eye contact with people in the audience. That’s going to give you a sense of grounding and help you make a connection with people as you are doing the presentation. Then finally, which is actually very important, your sentences should have a beginning and an end. Don’t speak in long, rambling prose. Speak succinctly, speak directly, and speak purposefully. Slowing yourself down and being crisp and clear will give that air of confidence because people will be able to understand you and they will interpret your succinctness as knowledge.”

Be Prepared to Be Unprepared

“One of the great stories I heard coming out of the Olympics was Michael Phelps. His coach used to create conditions for him where it would throw him off, where it wasn’t a perfect situation. He would take the goggles out of his bag and hide them. He would mess with that training regimen, the environment that Michael was training in. He would set the alarm so it would go off 20 minutes later. Assume that something is not going to go right, think about that, and be okay with the fact that there could be something that isn’t exactly perfect. I love being prepared for unprepared. It is something that I think people overlook.”

It’s All About Control

“Prepare. I can’t stress this enough. Also, be up on current events and have things to talk about. If you want to be interesting to other people, you have to be interested in the world and, of course, in people. Look people in the eye when you speak to them.”

“Simple is better [when it comes to dressing]. Choose one thing to stand out: yourself. They shouldn’t remember the loud-patterned blouse you wore. Try to find something small that is uniquely you. I always wear my dad’s ring as a necklace. He died when I was 14 and this ring was made for him by my mother. It’s an owl one way, and upside down it’s a walrus.”

“Smile, but don’t overdo it. You don’t want to look silly. I also think honesty is best in most cases. When I interviewed to produce the series Eastbound & Down, Danny McBride asked what I thought of the pilot and I was honest, I hadn’t watched it. I told him I hadn’t seen it but I was sure I would love it. Never apologize in an interview for skills you are still learning, just say you are still learning because most people are. Believe you are the best candidate, but be humble.”