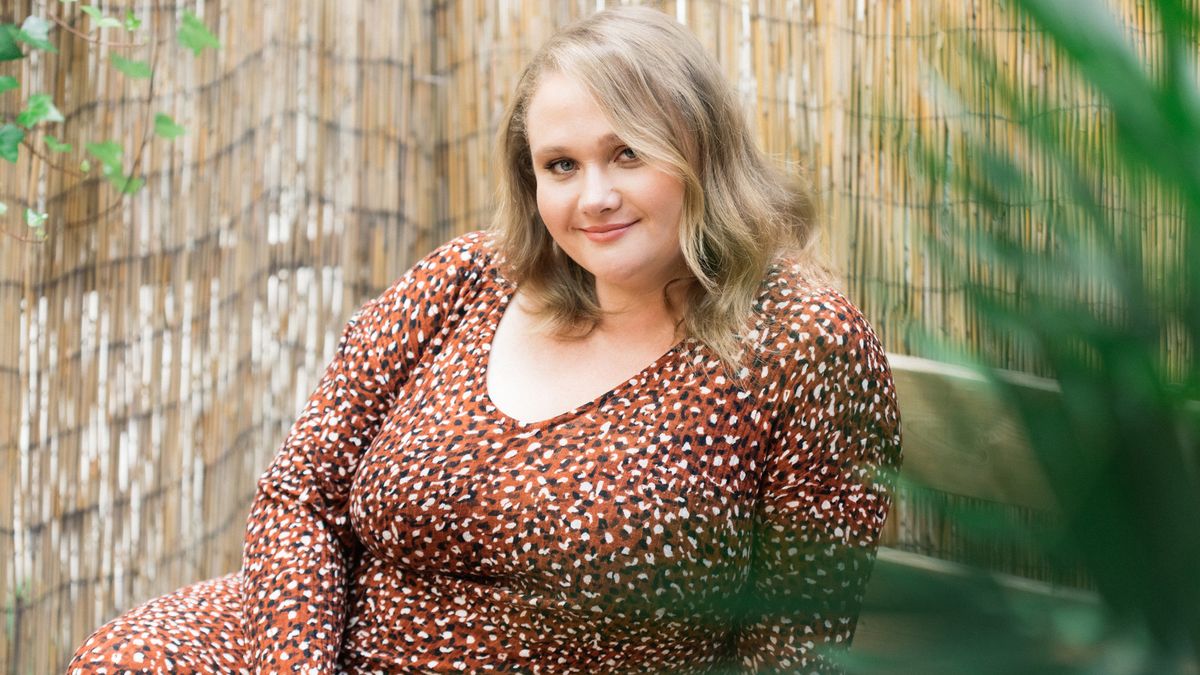 Danielle Macdonald Is On the Rise

Hollywood’s next leading lady on breaking the mold one character at a time.

Coveteur Team
It’s not hard to fall for Danielle Macdonald. She wooed us as the fast-tongued aspiring rapper Patricia “Patti” Dombrowski in Patti Cake$, then as pageant queen Willowdean in the heartwarming Dumplin’ alongside Jennifer Aniston. Her latest role is Lillian Roxon, a journalist breaking through the glass ceiling of a male-dominated industry and who eventually gets coined the “Queen of Rock” when she pens the first Rock Encyclopedia, in the Helen Reddy biopic I Am Woman, which premiered at the Toronto International Film Festival. But the charm doesn’t fade once she’s off-screen. Anyone who meets her will tell you that. As we sat down in the sun-soaked patio of a café tucked away from the bustle of the film festival, she cooed about the time Francis McDormand gave her sage advice, why life always comes before Instagram, and how every role builds her confidence.

Was there an “aha” moment when you decided to start acting?

“I feel like so many people have a story of ‘I watched this movie and I knew.’ I didn’t really have that—I started doing performing arts classes when I was in eighth grade. I started singing, acting, dancing. I did improv first and then went on to on-camera classes in 10th grade. That’s the point when they’re like, ‘What do you want to do with your life?’ I could only see myself [acting].

“I was doing workshops in the States when I was 17. I was in one of those workshops and someone told me, ‘You should be out here,’ and I came back out six months later when I was 18. A costume director introduced me to my managers, my managers got me an audition, and I booked it—it was one of those weird things where it seemed impossible, and in the space of a month it went from having nothing to moving to America with a visa for a job. It was insane! That is so telling of this industry; you’ll have nothing, and then all of a sudden you have 10 things and nothing and then 10 things.”

Patti Cake$, Dumplin’, Birdbox, Skin... You have such a diverse CV of genres. What draws you to these roles?

“That was part of [what] drew me to them all—they’re really different from each other, and that was really cool to me. Anytime I want to do a role, if it is something I haven’t done before or if it’s a subject matter that I want to tackle, then that’s something that really appeals to me. I’ve done films that are hard to talk about and hard to live in that headspace for a while, but I also think they’re important to talk about in society, so I want to be a part of them. Then there are some [movies] where I want people to be able to veg out on the coach and just escape their reality for two hours.”

Anytime I want to do a role, if it is something I haven’t done before or if it’s a subject matter that I want to tackle, then that’s something that really appeals to me.”

Has there been a specific role that has really surprised you in the experience?

“I learned the most from Patti Cake$ just because it was the first lead where I was in every scene. It was just all-encompassing. I got to see every part of it made, which was really exciting. I felt like I really had to find new parts of myself, and I guess I was surprised by the fact that I was able to do it in the end. That was a really big learning curve for me, but I’ve learned a lot in each film.”

It doesn’t matter the role, you really steal the screen. How do you harness that confidence?

“Rapping on a stage in front of people when that’s not like, a skill I ever possessed and I had to learn [in Patti Cake$] was terrifying to me. I did it, and I got through it. Acting has really helped me find my own confidence because you really push yourself and challenge yourself in a way you didn’t think you could. When you realize that you can do something that you didn’t think you could, all of a sudden your brain opens up and you learn to find different parts of yourself, love different parts of yourself, accept who you are and figure out who you are, and realize that you’re always growing and changing.”

A lot of your characters, like Lillian in I Am Woman, break through the glass ceiling. Do you find you’re drawn to that persona?

“I think you can’t help but be drawn to these characters when they’ve done these inspiring things. In a way, I am attracted to them, but they’ve also found their way to me. With a character like Lillian, who is just so strong and confident and knew who she was in a time when women weren’t really allowed to know who they were, or weren’t given permission to be themselves, she just did it anyway, and that was so cool. ‘How do I do this justice?’ because what she accomplished was incredible.”

Who would you have a starstruck moment over?

You know she’s here at TIFF?

“She’s here? Are you serious?”

Maybe you’ll run into her. I’m going to put that into the universe for you.

“Please! If I were to run into any member of Blink 182, my teenage self would probably combust [laughs]. I don’t think I’d be able to function.”

What’s the perfect day off for you?

“If I’m home in L.A.: sleep in, wake up to all my animals just on my bed, and then just hang out with my friends or go out of the city—a day trip to Pasadena or Santa Monica. That’s always really nice. Something casual and chill, because I feel like I travel so much for work—and I love it so much, and I love going on trips with my friends and my family, but it is really nice to also sometimes just be home and be very normal.”

If you find yourself losing time on your phone, what do you usually do?

“I do follow a lot of dog accounts on Instagram, I’m not going to lie. I play Words with Friends. I don’t think it takes up too much time, though. I guess I go on Instagram a little bit, but I’m not actually a big Instagrammer. It’s like I just forget, and then I’ll be traveling or something, and I’ll be like, ‘Oh, this is so pretty!’ and so I’ll actually get in there. But in my day-to-day life, it’s just not something that ever crosses my mind.”

What’s the best piece of advice you’ve ever received?

“It was before I had one of the first leads I ever did in a film—it was a film I did called Every Secret Thing—years ago that Frances McDormand was producing. She was like, ‘How are you feeling?’ I was like, ‘I’m kind of terrified!’ and she told me the story of her first-ever filming experience and how freaked out she got and how she dealt with that. Honestly, that has always kind of stuck with me, because I was like, if someone that I admire and think is as incredible as Frances McDormand once felt the way that I do, and is who she is now, [I can do it too]. That helped calm me, and I always remember that any time I’m kind of feeling nervous.”