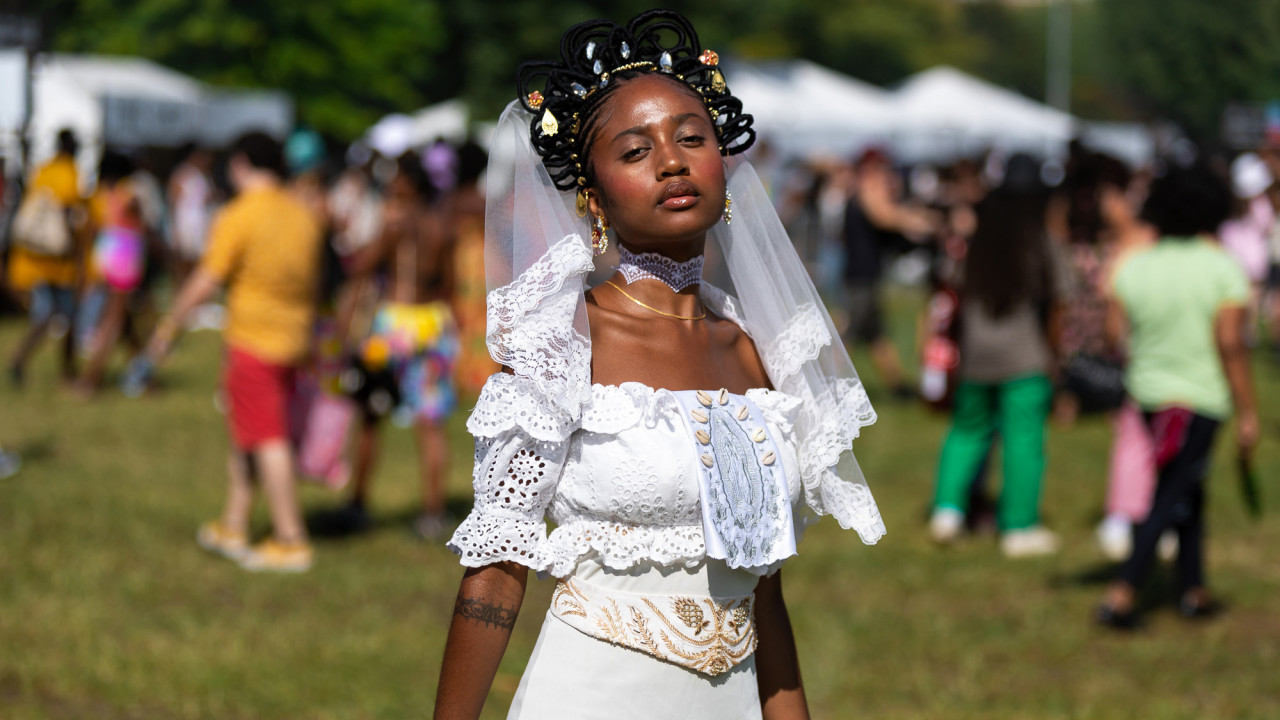 All the Style Inspiration You Need, Straight from Afropunk

Festival fashion at its finest.

Since its Brooklyn debut in 2005, Afropunk has grown to prominence as much for the acts it brings to the stage—Erykah Badu, Big Freedia, D’Angelo, and Grace Jones among them—as it has for the self-expression of attendees. A celebration of black film, music, and visual arts, the festival has since expanded to Atlanta, Paris, London, and Johannesburg, each city creating a space where individuality is encouraged and lauded. That was certainly the case this past weekend, when Afropunk landed at Brooklyn’s Commodore Barry Park. FKA Twigs, Leon Bridges, Rico Nasty, and others took the stage before a crowd dressed in open-weave knit two-pieces, vibrant tulle tops, and head-to-toe fringe. Afros were accented with flowers, wooden hoops dangled from ears, and braids were seen in every color of the rainbow. Ahead, a few standout looks from Afropunk 2019.