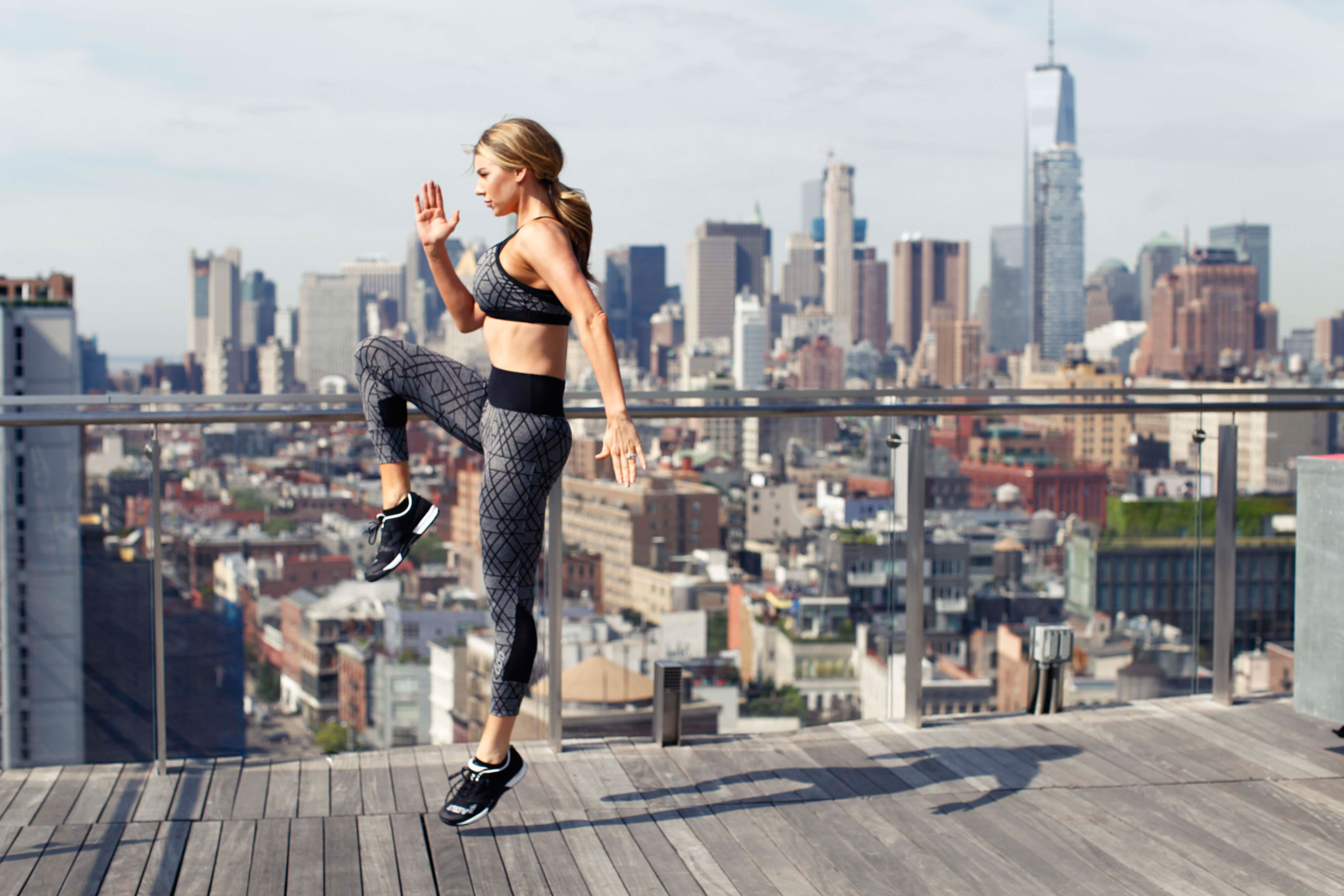 Instagram’s favorite trainer, Anna Victoria, shows us how to get lifted and toned.

Anyone else feel like you’re in the midst of the hump-day equivalent of summer? We aren’t over the extra-long hours of sunlight or, you know, day drinking by any means. But our motivation for maintaining our rigorous summer workout routine is waning. Hard. And if we’re thisclose to reaching our fitness goal, we need to figure out a way to make it through to the end. That’s where you (!) and Anna Victoria (+ her 1M followers) come in. She’s created a custom Coveteur workout for exactly this type of scenario—because we need motivation wherever we can get it. Here’s how the next 30 days are going to go down. You’ll work out along with us, right?

Each week we’ll focus on two upper-body and two lower-body exercises and alternate combinations between all four movements. In the fourth week, we’ll combine all exercises from the first three weeks. As you progress through the week, you’ll increase the reps each time. 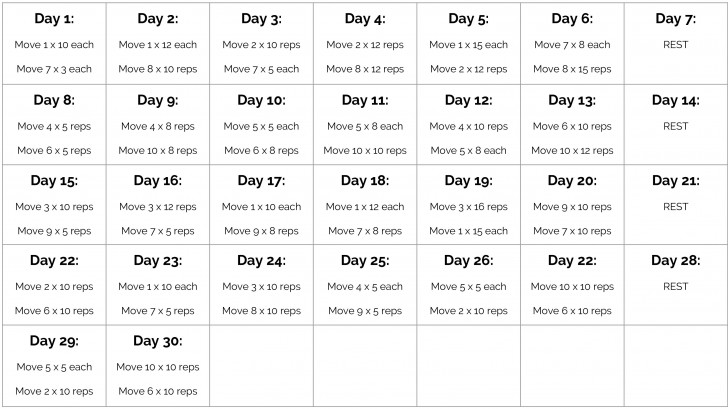 Exhale when you blast off your front foot, and contract your core. Don’t forget to switch sides!

From a squat position, proceed to walk straight forward for stated number of reps. Hold a lowered squat position throughout. Breathe in a controlled manner throughout, contracting your core when you exhale. Maintain a straight back, and keep your chest out to maintain a proper squat position.

Begin by kneeling back with your toes on the ground. Do not have the tops of your feet on the ground. First, bring your hips up and your arms forward, then rock back and explode your body up and forward. The rocking-back movement is what will allow you to jump up. Use your hips to propel you through the movement. Once you land in a squat position, perform a squat jump. Breathe in a controlled manner throughout, and exhale forcibly as you jump up.

Begin by squatting down and jumping up and to the side, landing in a squat. Repeat for stated number of side-to-side squat jumps. Then, immediately jump down into a push-up position and perform stated number of push-ups.

Breathe in a controlled manner throughout, and exhale forcibly as you perform each squat jump and each push-up.

Begin in a high plank position, and lower yourself to a commando, but instead of clasping your hands together, make your arms parallel to one another. Then transition to a folded commando by bringing both forearms one in front of the other. From the folded commando position, bring yourself back up to a high plank. Breathe in a controlled manner, and contract your core throughout.

Begin by performing a push- up. Once you are back in a high plank, lower your body to the ground, then push your hands up and off the ground to where you can clap your hands. Try to keep your back as straight as possible during the plyo push-up. Breathe in a controlled manner, and exhale forcibly as you perform each push-up.

Hold a plank position by supporting your body weight and your hands clasped together. Your elbows should be directly under your shoulders, and your hands clasped over the other, right under your nose. Keep your body in a straight line, then push your body back to a downward-dog plank position. Do not let your shoulder blades pinch together, your hips drop below, or your back curl over. Actively contract your core.

Begin by bending at your waist, keeping your knees as straight as possible with only a slight bend. If you feel a pull on your hamstring, bend your knees a little more. Proceed to walk out with your hands to a high plank position. Pause for a brief moment in a high plank to exhale and contract your abdominal muscles, then perform a snap jump by jumping your feet up to your hands. Immediately jump back to a high plank, and return to the starting position by walking yourself back up with your hands, using your core to power you through the movement. Once your hands are near your feet, stand up at the waist while keeping your knees as straight as possible. Exhale when in a high plank position and when standing up from each rep.