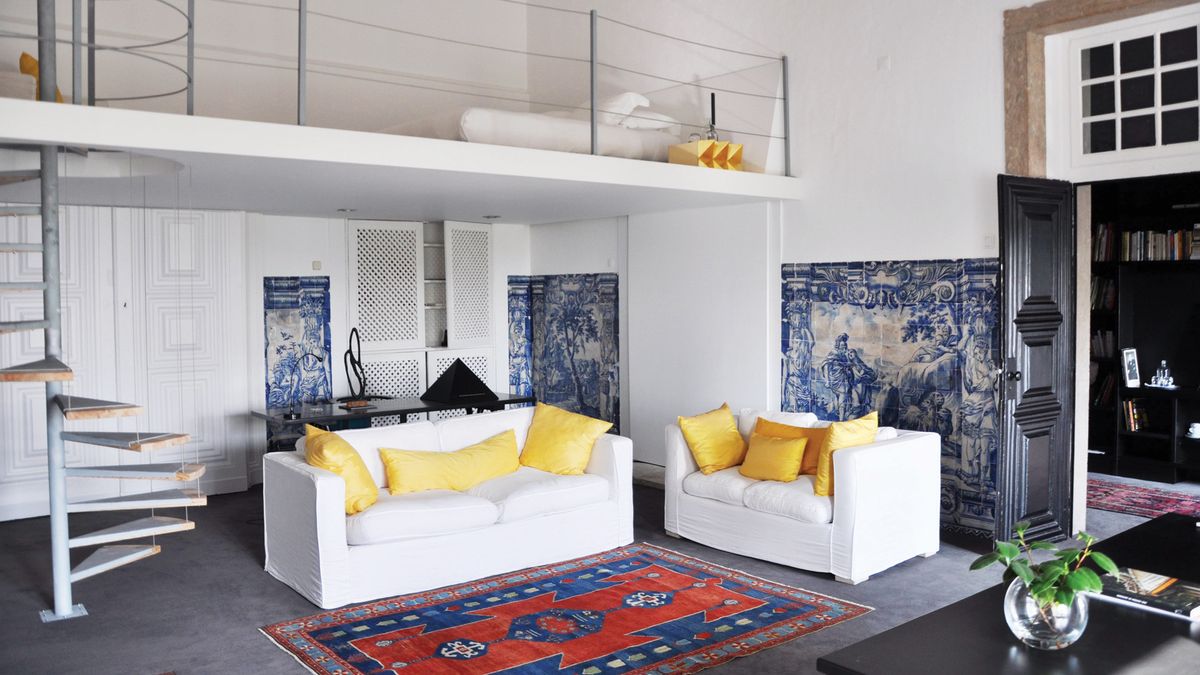 A luxurious and unique stay in Lisbon’s most charming neighborhood.

Noah Lehava
Big red doors and a discreet gold plaque fastened to 16th-century stone are the only signs you’ve reached Palácio Belmonte. Connecting Lisbon’s charming Alfama neighborhood to São Jorge Castle, the former palace is a welcome reprieve in the bustling city. Indugling in a glass of rosé and fresh salad at Grenache in the front courtyard isn’t a bad way to get settled in, either. Once on the other side of the historic front doors, 10 impeccably preserved and restored suites, each with its own unique characteristics and original 16th-century azulejo tile motif by Portuguese master tile-makers Manuel Santos and Valentim de Almeida—commissioned in 1720 and 1730 by the original family—found in every corner.

Wraparound terraces draped in fuchsia bougainvillea that overlook the Tagus River make having breakfast (complimentary with your stay) anywhere else seem drab in comparison. We also need to talk about the bathrooms: deep soaking marble tubs and rainfall showers strategically placed so it feels like you’re rinsing off outdoors in complete privacy. You’ll save it as inspo for later.

The rest of the property, a cozy library with floor-to-ceiling bookshelves, an expansive ballroom converted into a lovely lounge area, and alcoves that overlook the terracotta roofs of Alfama, can’t be missed, either. We’d be surprised if you don’t leave with a camera roll full of Palácio Belmonte vignettes.