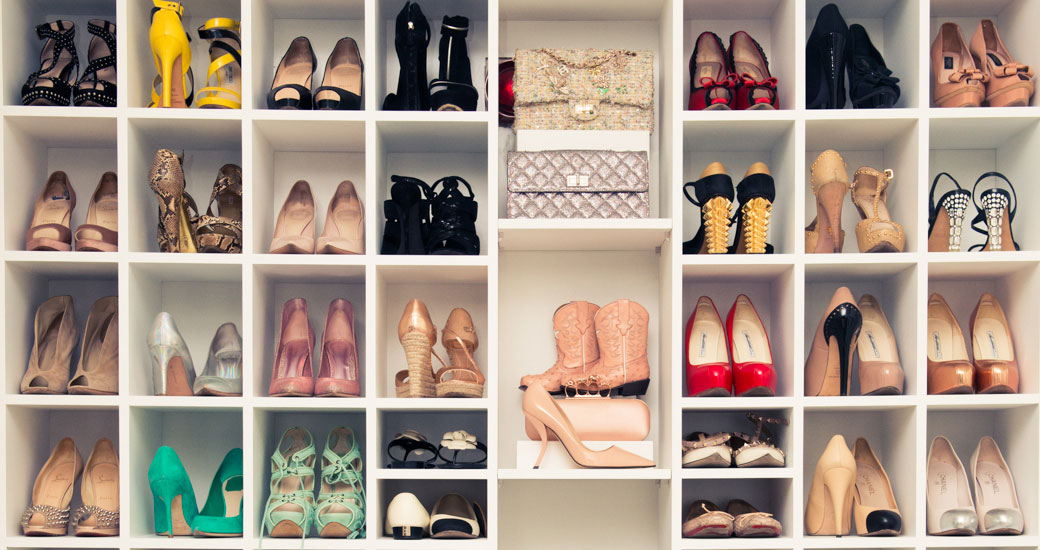 12 Steps to Getting a Better Wardrobe Without Breaking the Bank

Save your fuck-off fund and get the Saint Laurent bag.

We’re not ones to pry, but we’re going to kick this one off with a bit of a personal question:

How much did you spend on clothes last month?

OK, you’re still with us. But if you snapped your laptop closed or threw your iPhone across the room with a defiant “HOW DARE YOU?” we don’t blame you. It’s like asking how much you weigh or how many drinks you average per week (“um, pass?”) or why you disappeared for two months during the summer of 2009 and emerged with a noticeably perkier nose.

There are some things we just don’t want to talk about. Or think about. Ever.

Money is always a touchy subject (especially if you’re snagged in the catch-22 of working in an industry—cough, cough—that necessitates dressing like a Céline model on a Forever 21 salary; ah, the things we do for love). 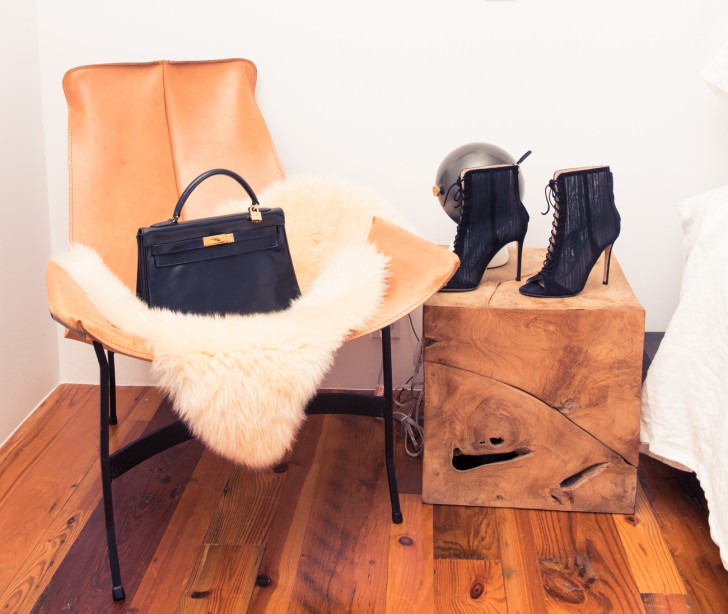 No matter your paycheck, we all have those stomach-drop moments when we have to face the truth about how much we’re spending. Like when you peek at your Visa balance with eyes squinted into slits, as if that’ll somehow take back the 23 dinners you ate out this month. Or that requisite pinched smile when your squad announces they’re upgrading the group’s Coachella quarters to a four-star suite. And then there’s the tiny sigh of relief you breathe when you see “Approved” flash on the machine after you ball out on Balmain.

But that’s about to change. We talked to our favorite anti-Wall Street financial guru, Priya Malani of Stash Wealth, about how we can have it all—and in our world, that means the Ferragamo and the fuck-off fund.

So here it is: our 12-step plan (we’re going all Shopaholics Anonymous on you here) to ending the year with a way better closet—no matter how much you make—without dipping into your savings account. Because you totally have one of those, right?

You read that right. Don’t do it. It doesn’t work. Malani advocates doing the opposite, with her aptly titled Reverse Budget:

“It doesn’t sound much sexier, but the point is it actually works,” she says. “The concept can best be described as ‘save first, blow the rest.’ With that in mind, there’s no such thing as ‘overspending’ on your wardrobe because you can spend as much as you like on whatever you want—clothes, happy hour, Soul Cycle—until the money runs out each month and never think twice.”

That means instead of, say, having a $300 monthly clothing budget, have $300 of each paycheck automatically transferred into your savings account. Once you’ve figured out how much your monthly inevitables are (rent, groceries, transportation, etc.), the rest is basically Monopoly money for you to blow on whatever you want, guilt-free.

“No one wants to be told they can’t spend on what they love. Compromising isn’t in our nature, and if a reverse budget is set up properly, you shouldn’t feel like you’re compromising at all,” says Malani. “This also prevents you from becoming a victim of something we call ‘lifestyle creep’—getting used to a life you can’t afford.”

According to this logic, here’s the maximum you should be spending per month on your lifestyle expenses (based on a few after-tax example salaries):

Invest In vs. Save On vs. Rent

It’s all personal, but here’s our starter kit:

Rent: unique items you don’t see yourself wearing more than once or twice (think that flapper dress for the Great Gatsby party you were invited to) or accents you don’t really need to own at all (like a statement jacket that’s really only fashion-week-appropriate).

It’s also good practice to have a no-buy list—for Malani, that’s cocktail dresses (the cost per wear just isn’t worth it) and designer sunglasses. For us, it’s absurdly priced designer denim. Again, a personal choice.

Play the “What’s It Worth?” game

If you’re a compulsive over-spender on items that just aren’t worth your hard-earned dollars, Malani suggests playing a shopping game with yourself—and no, we’re not talking about a Kardashian app.

“I had a client who was spending about $350 a month on clothing, which was above her comfort level within her reverse budget and affecting her ability to spend on other ‘lifestyle’ stuff,” says Malani. “So she switched to RTR Unlimited, which is a service for $139 a month.”

(For those unfamiliar with clothing-rental vernacular, that’s Rent the Runway Unlimited, basically a Netflix for designer duds. It even comes with free dry cleaning, because they get you.)

“That, coupled with the occasional trendy-piece purchase, has left her feeling like she’s got increased bandwidth in her wardrobe and her wallet. Previous annual cost? $4,200. New annual cost? $1,668…a $2,500 difference.”

Curb your buyer’s enthusiasm by ordering in. Sites like DailyLook and Le Tote have clothing subscription boxes with different price points and methodologies (with some, you only pay for what you want to keep; others, like Style Lend, let you keep the outfit for a week and then send it back).

Window shop till you drop…

...your credit card down a manhole. Kidding, but Malani says one foolproof way to avoid buying something you’ll regret later is to leave your Visa at home.

“Going shopping without any money [sounds] extreme, but it means you avoid impulse purchases that are just that—impulsive,” says Malani. “Once you get home, away from the excitement, the items that keep coming back to mind from your shopping trip are the ones to consider buying.”

Clean out your closet

Before a potentially splurge-y shopping trip, heed the advice of new-age prophets Marie Kondo and Eminem, and clean out your closet.

“What most people tend to say is that after spring cleaning, they realize how much they actually have,” says Malani. “All the pieces they own are fresh in their mind, so they don’t end up buying their eighth pair of hole-in-the-knee jeans. Plus, when you see how much you are selling or donating, you’re likely to be more mindful about purchases immediately thereafter.”

And by that we mean Christmas isn’t the only season to have a wish list—it’s actually beneficial to have one going year-round. Not only is it a reminder of the items you actually love versus compulsively want, but you can use it to track the best time to buy pricier pieces.

“My Shopping Notes is a site that tracks wish-list items and sends alerts when they go on sale,” says Malani. “Chances are, by then it will actually be time to wear the item, since the fashion industry is always a few months ahead of the season.”

Sorry, guys. ‘Investment piece’ is a bit of a misnomer: Unless you’re one of the rare few who becomes a Hermèllionaire after re-selling a Birkin, you’re looking for staples, not investments.

“If you’re in the process of building out your staples, I would suggest creating a sub-savings account and automatically funding it with a little money from your savings,” says Malani. “That way, within a few months you can make a purchase and then start rebuilding towards the next one automatically.”

So there you have it: permission to bring on the 401Kenzo.

Sell it, don’t dispel it

We’re all for donating our outfit outcasts, but there are some pieces—usually the more expensive or barely worn ones—that are worth selling. Malani suggests going through your wardrobe twice a year (minimum!) and selling whatever you aren’t wearing.

“Sites like Poshmark, Tradesy, and Linda’s Stuff are great places to sell or swap what you own for new stuff so you don’t feel like your wardrobe is getting stale,” says Malani. “It also helps to subsidize the cost of future purchases.”

In an age when you can get your blowouts, massages, and manicures delivered, it only makes sense that you can order in a professional get-your-shit-togetherist too (granted, that’s not their preferred title). For NYC dwellers, there’s a new site called Fresch Style (NY Mag named them “best closet organizer”) that’s half professional organizer and half personal stylist. They help you declutter your closet, edit your wardrobe, and—the best part—take you shopping to help fill in the blanks with better stuff.