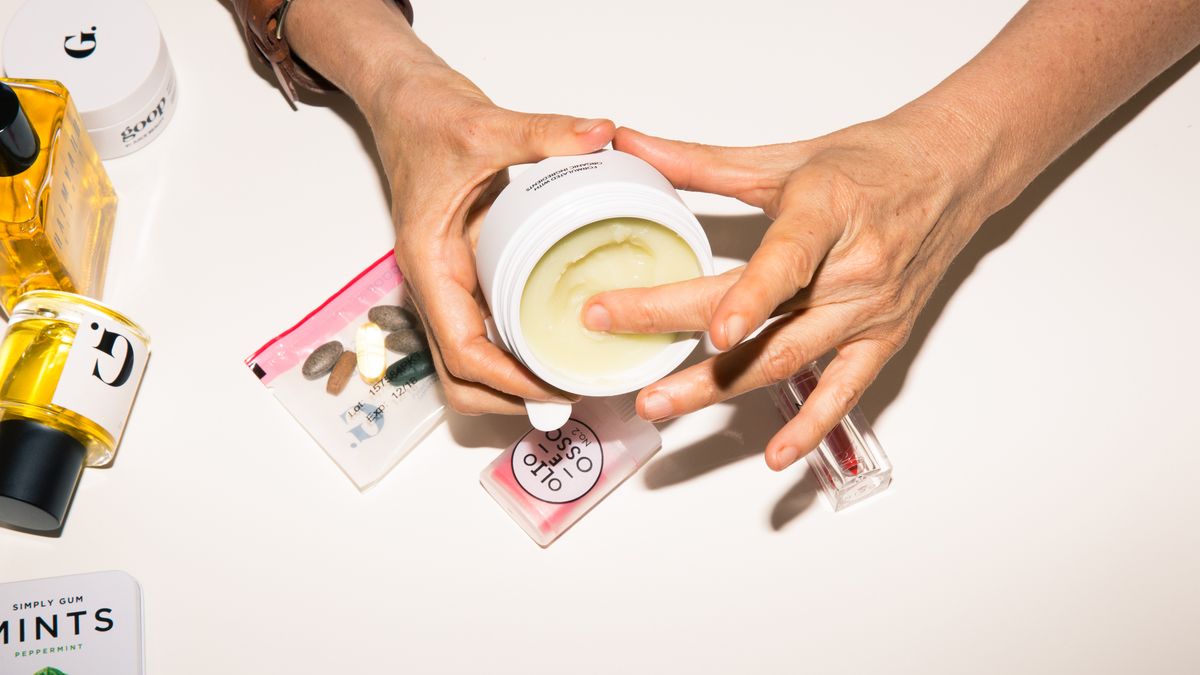 Saying “F-ck It” Might Give You Your Best Summer Beauty

Toss your mascara, burn your bra, and cover yourself in oil. This is how a beauty director does summer glamour.

Laurel Pantin
Alec Kugler
We’re now officially entering the serious summer season, and at this point, it’s so hot in Manhattan that the only thing I can think of doing with regards to *my* summer beauty is shaving my head, taking an industrial-strength sander to my calluses, melting into a puddle, and calling it a day. Sometimes anything more than the bare minimum is way too much.

And you know who (mostly) agrees? Jean Godfrey June, beauty director of Goop and all-around inspirational person. Here’s how she deals with, in her words, “gloppy” summer weather.

Step 2: Then Do Even Less

“I got a tip from Dick Page. He was doing a shoot out at Gwyneth’s house, and he did just liner and didn’t do mascara. It wasn’t major liner, just right into your lashes, just so that it defines your eyes, and was like, ‘You don’t always have to have mascara. You can just do a little liner and your eyes will still show up.’ You know, if it’s a super-gloppy day and you’re going to be in a subway or going to a concert, it’s better than wearing mascara. I like to use liquid liner because it just stays in place. There’s a fantastic one from Well People. It’s the first liquid liner that’s clean and nontoxic, and I kind of love not having to do the whole thing [with mascara] every day.”

Step 3: Then Do More

“I love body oil as fragrance. You can dab it on before a summer party or something, dab it on your wrists and behind your ears. There’s one I love from Balmyard that’s called Romantic Call Body Oil [does the eyebrow equivalent of spirit fingers]. An oil is just sexier; you can put it on your legs, and you just feel sexier than spritzing.”

Step 4: Then Do the Most

“I feel like sitting by a pool and painting your toenails in the summer is very relaxing. Very glamorous. You can do it to your kids—it’s really fun if you have little kids. That was our favorite thing to do for a long time.”
Part of the series: