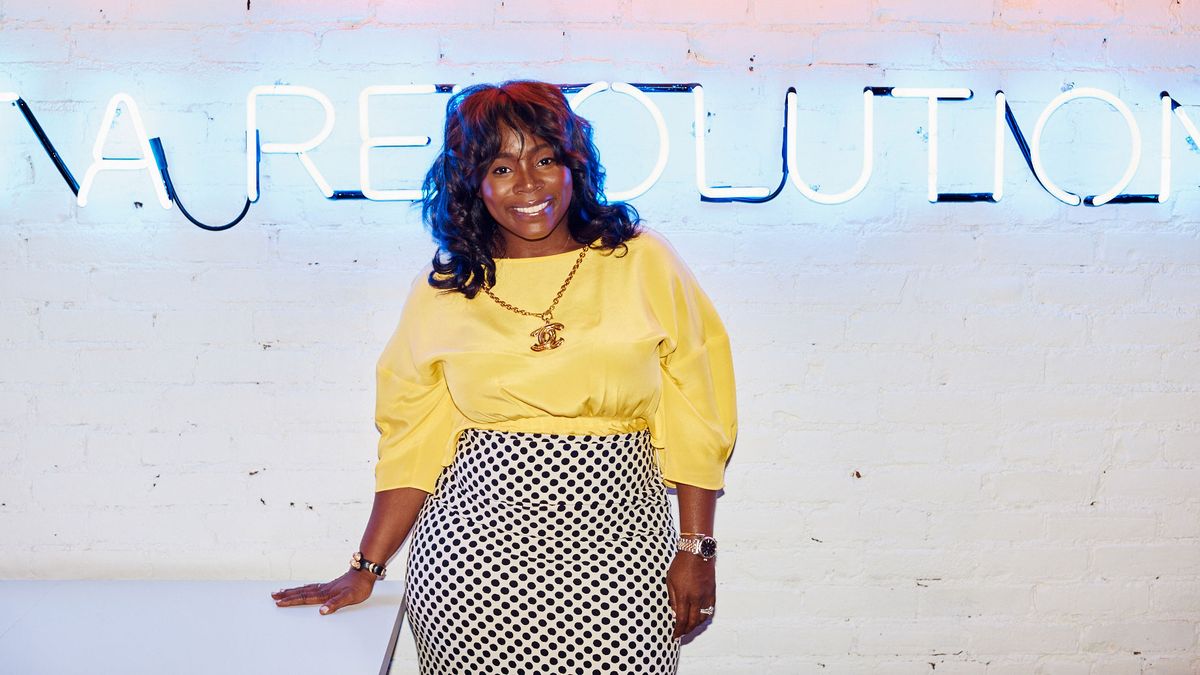 How Sharifa Murdock helps foster emerging talent, and the best thing new designers can do to get noticed.

Jodi Taylor
Weston Wells
Trade shows and fairs are critical to the fashion industry—the entire industry. At shows like the womenswear extravaganza Capsule, both established and emerging designers showcase their designs for buyers, merchandisers, editors, stylists, fashion obsessives, investors... You get the idea. Behind two of the biggest shows is Sharifa Murdock.

If you don’t happen to be in fashion, allow us to bring you up to speed. Another popular show, Project, showcases contemporary menswear, and after jumping on board from its inception at the tender age of 23 (!), Murdock partnered with her mentor, Sam Ben-Avraham, to create the Las Vegas- and New York-based trade show Liberty Fairs. “Liberty Fairs is a business-to-business fashion trade show where brands show their clients the next season they’ll have in store,” Murdock explained. “The buyers come in, shop, and get that experience from the brands.” From there, business was booming. Murdock has Miami’s infamous swimwear show Cabana under her belt, along with a joint venture at Florence’s well-known trade show Pitti, a brand new female empowerment festival, ENVSN, and her own side hustle, The Brooklyn Intern—a mentorship program for young women who are looking for an entryway into the fashion industry.

Sound like a lot? It is. Here’s how she does it.

How she first got to be in the trade show business:

“It’s crazy. My current partner, Sam [Ben-Avraham], has been heaven-sent and a mentor to me since I was 16. From the beginning, we worked at [the store] Atrium together—I was a salesperson, he owned it. I worked there from when I was 16 to probably 18, then I went to college. When I got back from college, I was working at Louis Vuitton. Sam called me and was like, ‘Listen, everyone is coming back. Just come back.’ I trusted in him. At first, I went in and I was a store manager, and then, I would say three weeks later, he was like, ‘I’m doing this thing. It’s called Project. It’s a trade show.’ I was 23, I’m like, ‘What’s a trade show?’ I had no idea what I was doing. Now that I look back—he gave me the best opportunity in life. He saw something in me that I wasn’t able to see in myself. He gave me the access to be able to do what I’m doing today. Project became a big deal—I didn’t even realize what a big deal it was until I turned 28 and he was like, ‘We’re going to sell Project.’ Once we sold Project, I stayed on. We started the show with 67 brands; by the time I left it was over 2,000 brands.”

Once she left Project, it was time for a second trade show:

“Sam came to me and was like, ‘Listen, let’s do another show—we’re going to partner on it.’ At the time, the market was not good. He wanted to bring something to the market that was new and fresh and would give an opportunity to new brands to have a platform again. Once we started Liberty [Fairs], I knew I had to take charge and do things the way I wanted to. My opinion mattered. It became evident to me that this was where I was supposed to be and this is what I’m supposed to be doing right now.”

But Liberty Fairs wasn’t the only new venture:

“Sam had another partner, Janet [Wong], and she had this dream of doing a swim show. He partnered with her and started a swim show, and it became all of us in it together. It [Cabana] just became a big success—it’s the number one swim show right now in Miami.

“There is a show in Florence called Pitti who came to us and asked us to do an American-made section in their show. [Pitti] has been around over 75 years, it’s an amazing show, more menswear-driven. It felt good to see that these people are looking at us. They know what’s happening, they have their finger on the pulse, you know? We decided to do this ‘Born In the USA’ section. It’s been really interesting, it’s amazing just to see the Americans in Florence.”

How her husband keeps her balanced while on the road:

“Leighton [Murdock, my husband] is a really good partner for me because he’s very healthy. I have to have balance—if I am gone for more than a week and a half, my husband will come. I feel like, as a married woman, you have to take care of home and work. It keeps him balanced too.”

How not making a big deal out of things empowers her:

She has a soft spot for mentoring:

“I mentor a ton of girls. One hundred percent, I think it is my passion—I think it is a destiny in my life that I really want to do. That is what I think I’ve been put on earth to do; to help young kids figure out what their goals are for the future. I mentor any kid that comes to me. It’s the craziest thing. People don’t understand at a young age how much kids develop–that could be your future Michelle Obama. That could be your future Oprah. They are just ready to learn and soak up information. That is something I pride myself in.”

On her mentorship program, The Brooklyn Intern:

“I’m a creature of habit. I get [my] hair done at the same place since I was 16. Seven o’clock in the morning, I am the first one there. I’m crazy. This young girl comes up to me at the hair salon one morning with a cup of hot chocolate, and she said, ‘Jasmine (the girl who did my hair) said, “If you ever want to work for someone, you bring them coffee,” but I hear you don’t like coffee, so I brought you hot chocolate.’ I was like, ‘What?’ I was like, ‘OK, so what do you want?’ She said, ‘I want to be in fashion, but I don’t know what I want to do.’ I took this girl on, and it was just me and her—we’re like sisters. We still stay in contact. There are so many stories like that. After her, I met another little girl. She’s the one that originally made me think of [the title]. She’s from Brooklyn, I’m from Brooklyn. We’re like two peas. At that point, she became a daughter [to me]. She came with me everywhere. We sent her off to college, bought her everything for school. Then I met another little girl, and another little girl, and another little girl.”

Her best advice to make it in fashion:

“Be humble. I feel like the generation we are living in now, there are a lot of kids that see the easy way to do things. You have to work. At the end of the day, there is an easy way, there is always going to be an easy way. Prove yourself and remain humble while doing that.”

Five brands to keep an eye on this year:

What we can expect to see from Liberty Fairs this year:

“Liberty Fairs and Cabana have so much in store. With the market and the way it is, we want to start doing more experiential stuff—we want to start taking the brands outside of their element and really throwing them in and make it be more organic. Cabana has amazing things happening in Miami. We’re doing a fashion week out there. We’re really trying to go hard on that. There is so much more to come. I’m building a website for ‘Sharifa Says,’ to encourage young girls that look like me, that feel like me, that maybe feel like they can’t be like me. I want to show them how. I feel like we live in a world where people always show what they have, but they don’t show the steps on how they got there. I want to show those steps and tell my story.”

Julee Wilson Isn’t Afraid to Call Out the Beauty & Fashion Industry
The Secret to Building a Beauty Empire, According to This CEO
At Home with Tonya Lewis Lee
Art &amp; Culture
Part of the series: