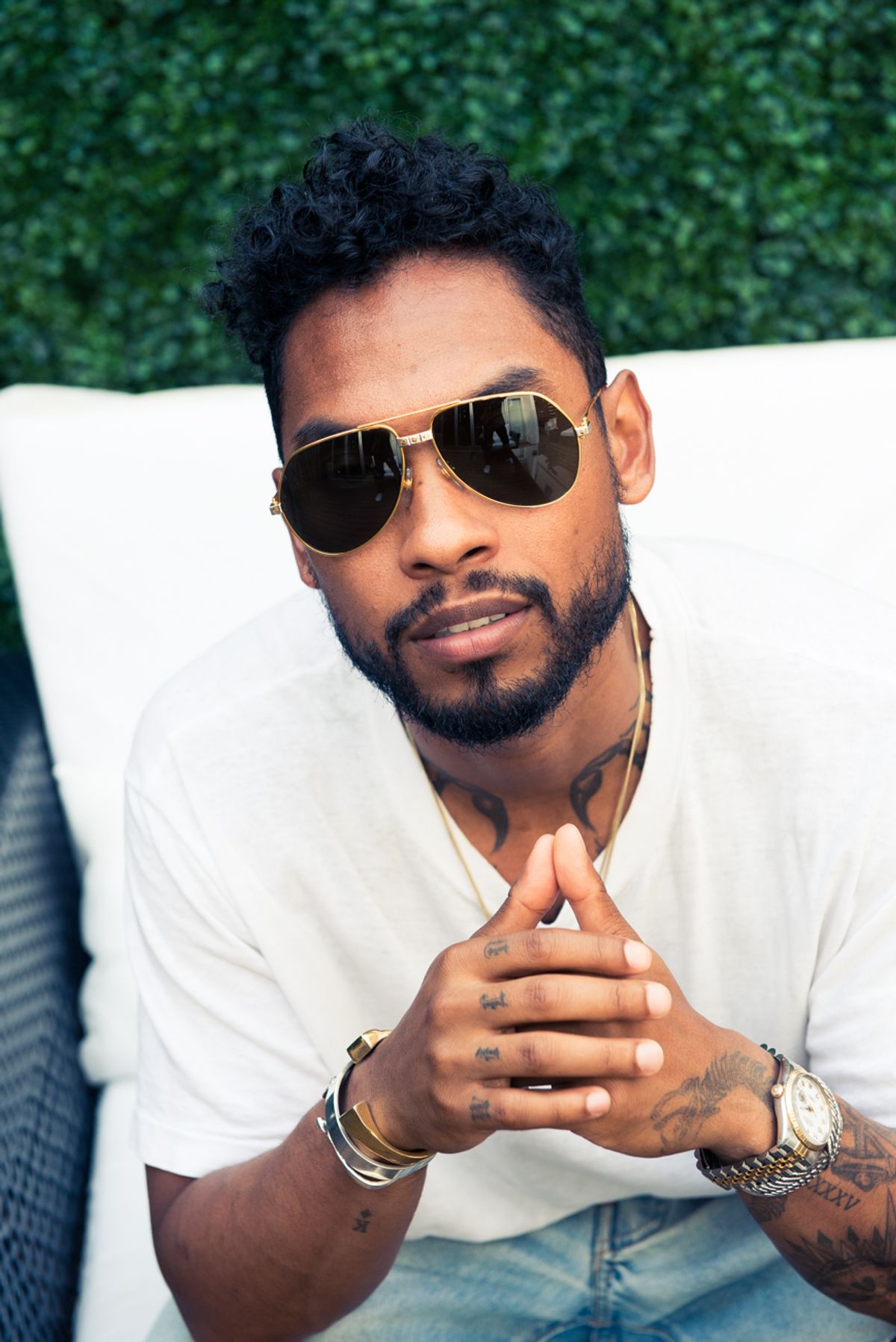 That Time We Went Inside Miguel’s Closet

Where we found a treasure trove of Saint Laurent and vintage sunglasses. Los Angeles.

Meagan Wilson
Meagan Wilson
You know what they say: first impressions are everything. And our first 15 minutes with Miguel were no exception. We met the singer at his Playa del Rey home after a lengthy studio session. Ushering us inside, we were first greeted by the duo of shooting targets that bookend his entryway—or what was left of them, anyway—and then, in a close second, by his two cats, Vanity and Munchkin. In our mind, there’s virtually no better introduction to the two very different sides of any musician—the rock n’ roll, I-have-shooting-targets-in-my-entryway side, and the more sensitive, father-to-two-insanely-adorable cats side—than that. Hopping in the shower to freshen up before our shoot, Miguel pretty much left us to do our thing in his closet. For the record, it could serve as catalogue of Hedi Slimane’s greatest menswear hits from his tenure at Saint Laurent. As Miguel told us of his admiration of the designer, “It took a lot of fucking balls man. Moving the brand to L.A., they criticized him, and then it was still insanely successful...” Making our way around the singer’s place, we got the sense that when Miguel’s into something, he’s into it: aside from his penchant for literally-all-Saint-Laurent-everything and collecting vintage sunglasses, we spotted allusions to his hashtag-of-choice, art dealer chic (more on that later), and black and white rock n’ roll iconography in just about every nook and cranny. Oh, and portraits of wife Nazanin Mandi, absolutely everywhere. Not that we blame him. In the slightest. Treating us to snippets from his album, Wildheart (if the lead single, “Coffee,” isn’t on your doing-adult-things playlist, we seriously suggest you get on that), while getting his portrait snapped. The real blink-and-you’ll-miss-it photo opp of our afternoon came when Vanity started strutting his thing down the handrail as Miguel watched. Rest of R&B? This is what you’re up against.
Closet

Where we found a treasure trove of Saint Laurent and vintage sunglasses. Los Angeles.