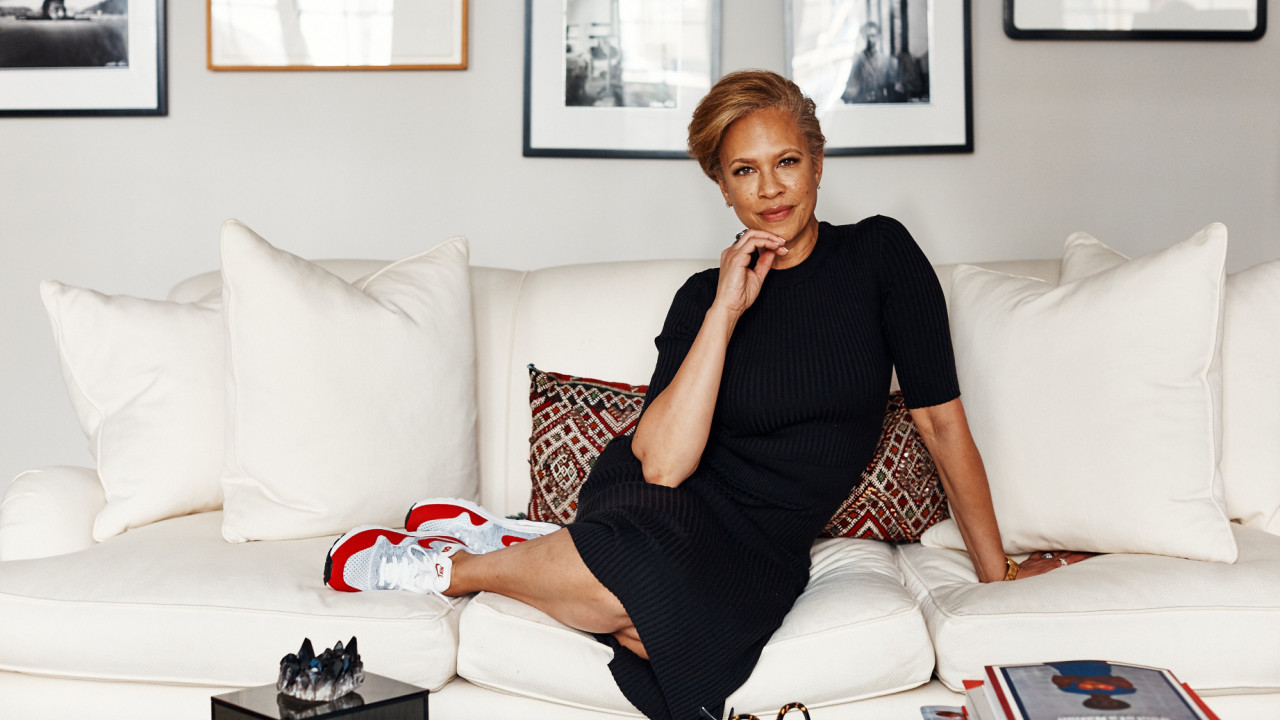 At Home with Tonya Lewis Lee

The She’s Gotta Have It producer talks work, wellness, and what’s on her watch list.

When She’s Gotta Have It came out in 1986—the seminal comedy-drama about the love life of a young, sexually-liberated woman named Nola—Tonya Lewis Lee was a junior at Sarah Lawrence College studying abroad in Paris. “I went to see it in the movie theater, and I thought it was amazing,” she tells us from the dining room of her Manhattan home. “I remember it so vividly—the black-and-white, the dog scene that I thought was hilarious, just seeing Nola on screen in that way. It made me laugh, it made me think, it sparked a lot of conversation.” That Lee would marry the film’s writer and director, Spike Lee, seven years later, wasn’t so much as a figment of her imagination in that Parisian theater. But becoming a producer who’d one day work on projects like the series adaptation of the movie, that was something she’d considered.

“I really wanted to go into television as I was graduating from college, but I didn’t know how to do that. My parents, smartly, were like, ‘You need to make sure you’ve got something to fall back on.’” That something ended up being law school at UVA, followed by a role as a corporate attorney in D.C. The idea for one of her early creative endeavors came a few years later, after Lee had married, moved to New York, and had her first child.

“I had a baby and was seeing the world through her eyes, and I realized that there weren’t enough children’s books out there that featured kids that looked like her, so I thought, ‘Why don’t I write these books?’”

Lee has since written three children’s books, helped raise awareness around infant mortality, and founded a production company, Tonik Productions, alongside business partner Nikki Silver. Recently she’s been working as executive producer of Netflix’s She’s Gotta Have It—now in its second season—and developing her line of organic supplements, Movita. More on our conversation with the producer and wellness entrepreneur ahead. 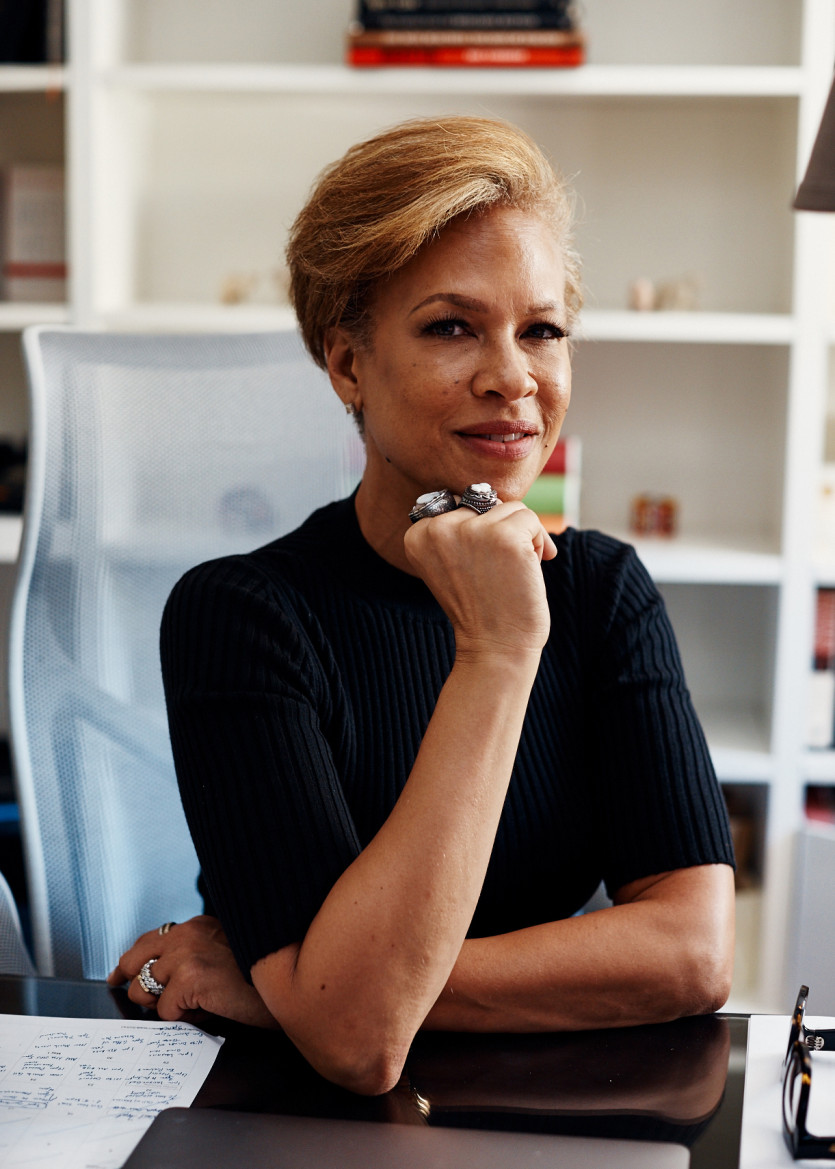 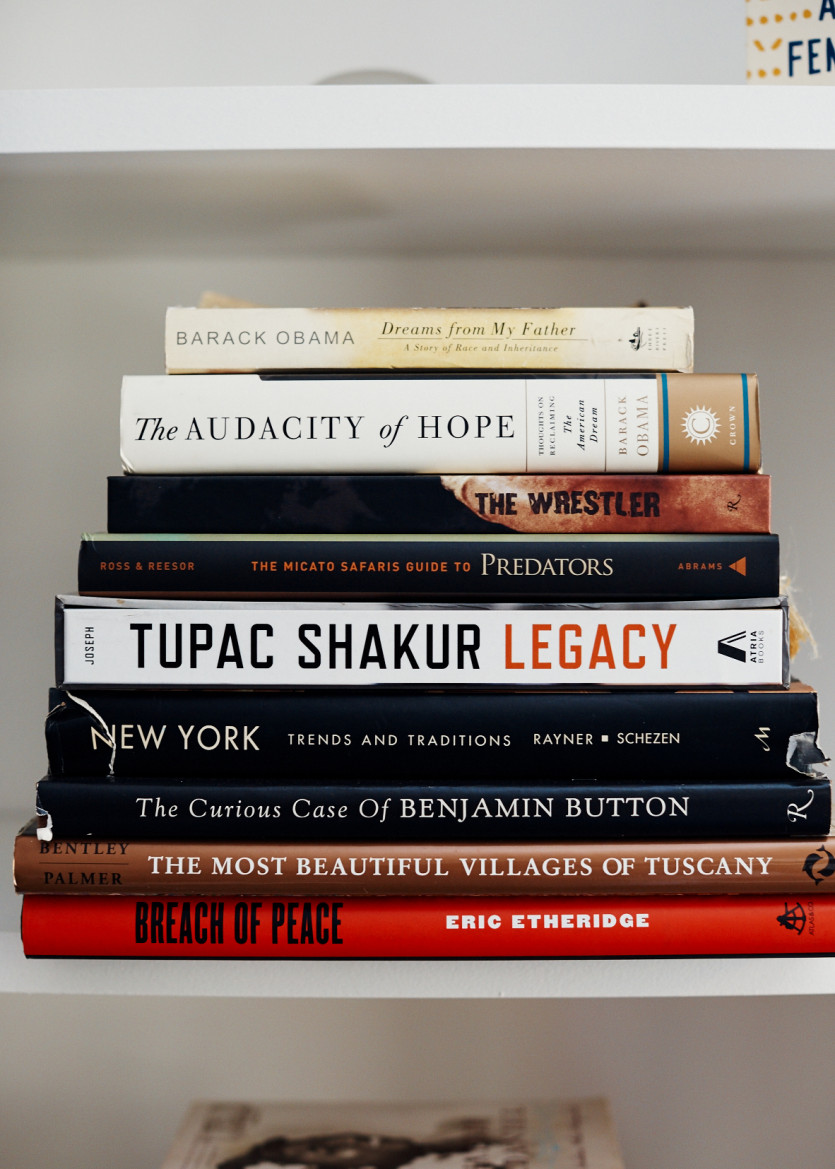 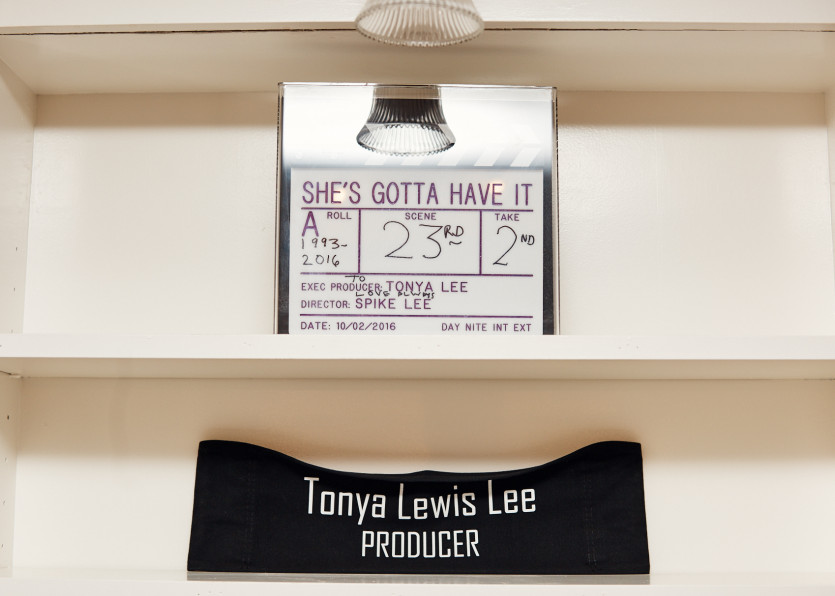 You and your husband have worked together before, but would you say that She’s Gotta Have It is the biggest project you’ve collaborated on?

“Many years ago I produced a show called Miracle’s Boys for Nickelodeon. It was a six-part series, and Spike directed two episodes for us. He also collaborated on the children’s books, but She’s Gotta Have It is definitely the biggest thing that we’ve worked on together. And it’s interesting, because it was his baby, so it’s an interesting challenge.

“I loved working on the first season, but it was very much a mirror of the film. This season is sort of a jump-off now. We’re into Nola as a young artist and what it means to navigate that world as you’re trying to make it in the gentrified Fort Greene—or the new Fort Greene, as some like to call it. I think it’s really great that we can bring her to current day and it’s still relevant and still right on time.”

How did you get into the wellness space?

“Everyone has their own health journey. I was a kid who had allergies and asthma growing up, and I was a little overweight, so there was always that—how to be a certain size or whatever. Then, in 2007, the US Department of Health and Human Services asked me to be a spokesperson for their infant mortality awareness-raising campaign. It was called A Healthy Baby Begins with You, and I think they reached out to me because I’d done the children’s books and they know I cared about children. I joined the campaign and discovered that when you’re talking about a child’s health, you’re talking about women’s health. I traveled the country with that campaign and learned so much. I wanted to share it in a girlfriend-to-girlfriend kind of way, providing information and encouraging and inspiring women to lead their healthiest lives.” 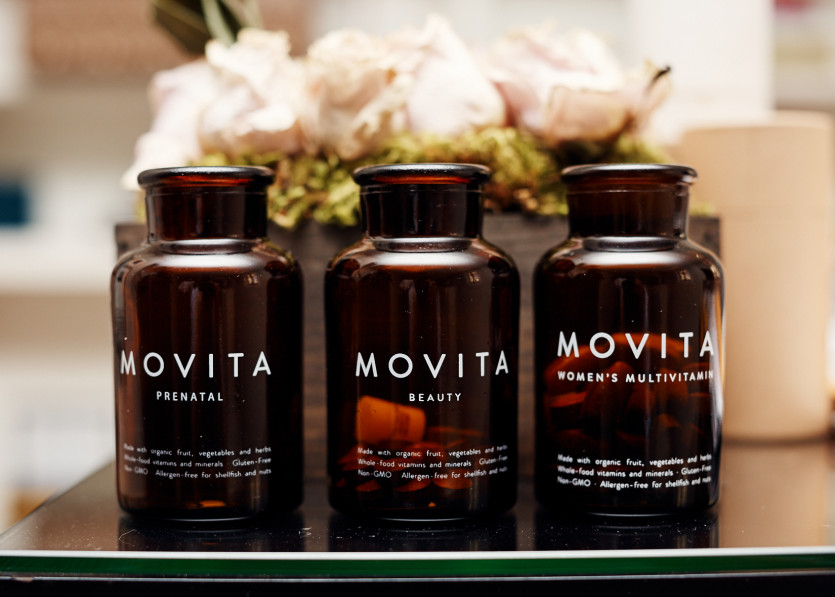 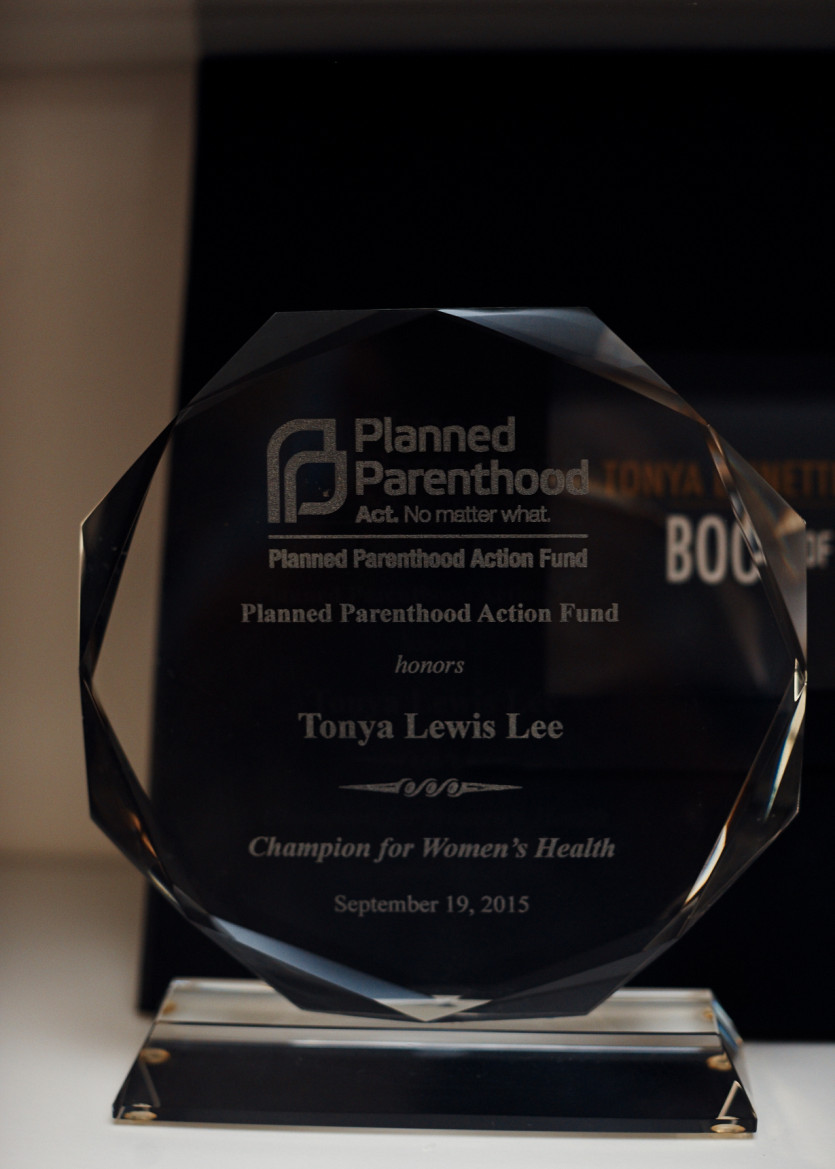 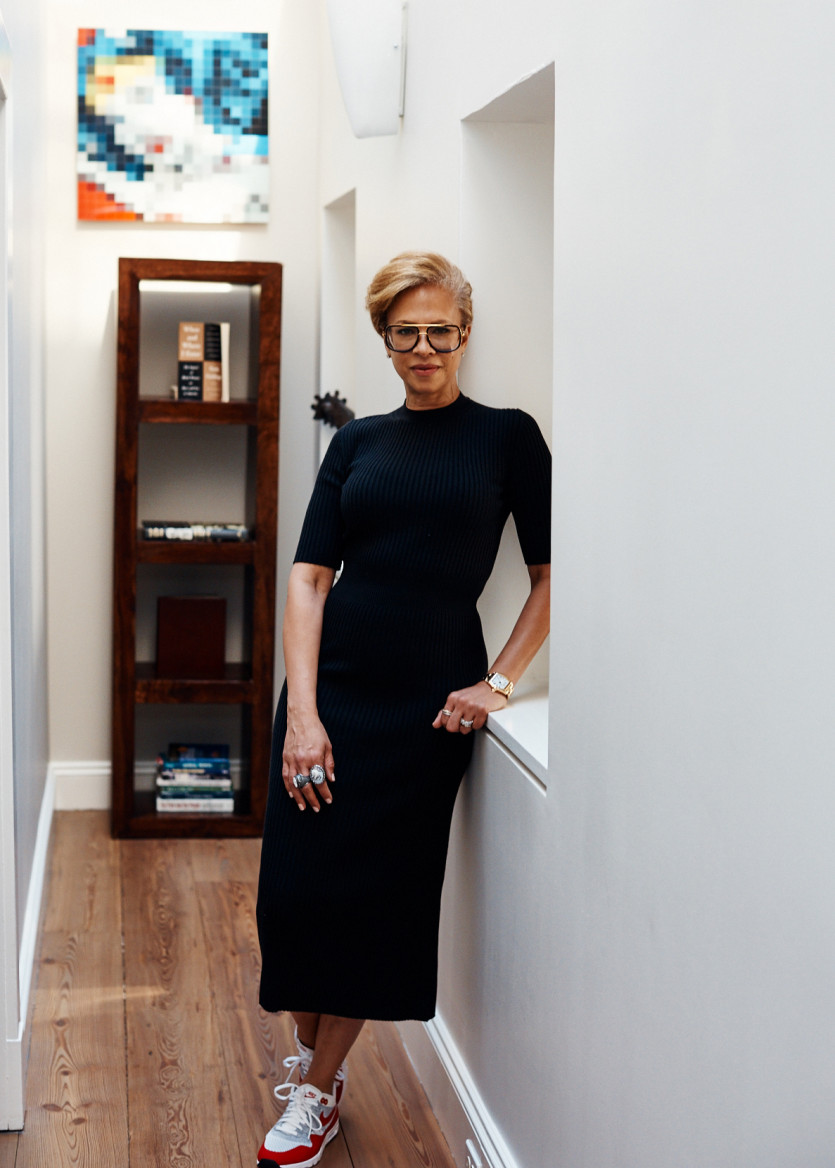 What’s your current approach to wellness?

“Now I don’t look at it from the point of view of diet and weight. It’s really about ‘Am I taking good care of myself?’ I eat food to heal my body, not just to fuel my stomach, and it’s just become a passion. If women are healthy, it makes our communities healthier—it makes us all healthier. Also, I talk the talk, so I walk the walk. I’m not going to be out here telling people, ‘Live your best life, eat well, exercise, get your rest,’ and I’m not doing it. You’ll see it number one, and I don’t want to be hypocritical about it. So working in this space helps keep me going, too.”

Tell us about Movita:

“I started a website called Healthy You Now, not really knowing what I was doing. I was financing it myself, and in an effort to raise funds to keep it going, I met someone who was the head of a vitamin company. We were talking about the work I was doing and why it’s so important to me, and he was talking about bringing a really good organic product to the market that could deliver results for people. So we collaborated on Movita. The multivitamin was first, and we have prenatal and beauty that’s just coming out now. I’m the first person who will tell you that no one pill is going to do everything, but as part of a lifestyle of health and wellness, it can be helpful. I think of it as a tool in a women’s arsenal to be as healthy as you can be, because it can give you your baseline nutrition.” 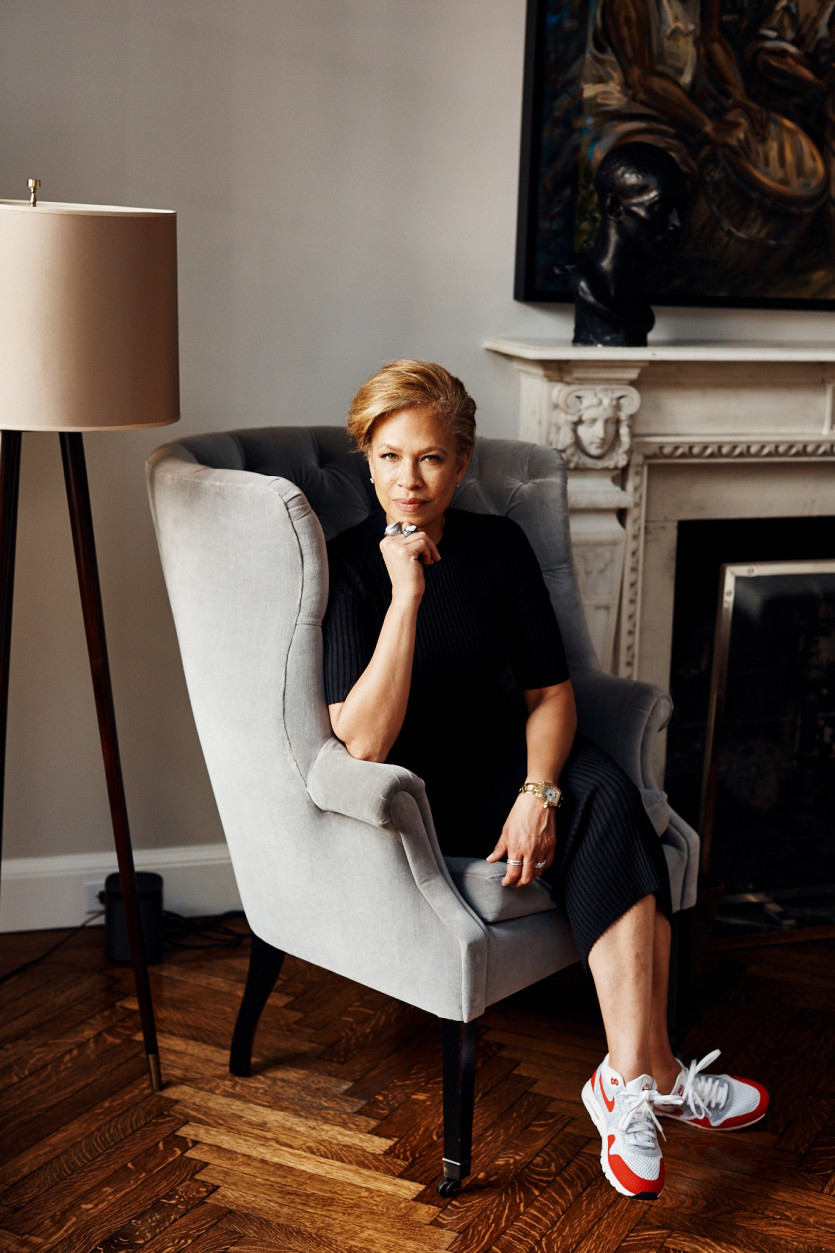 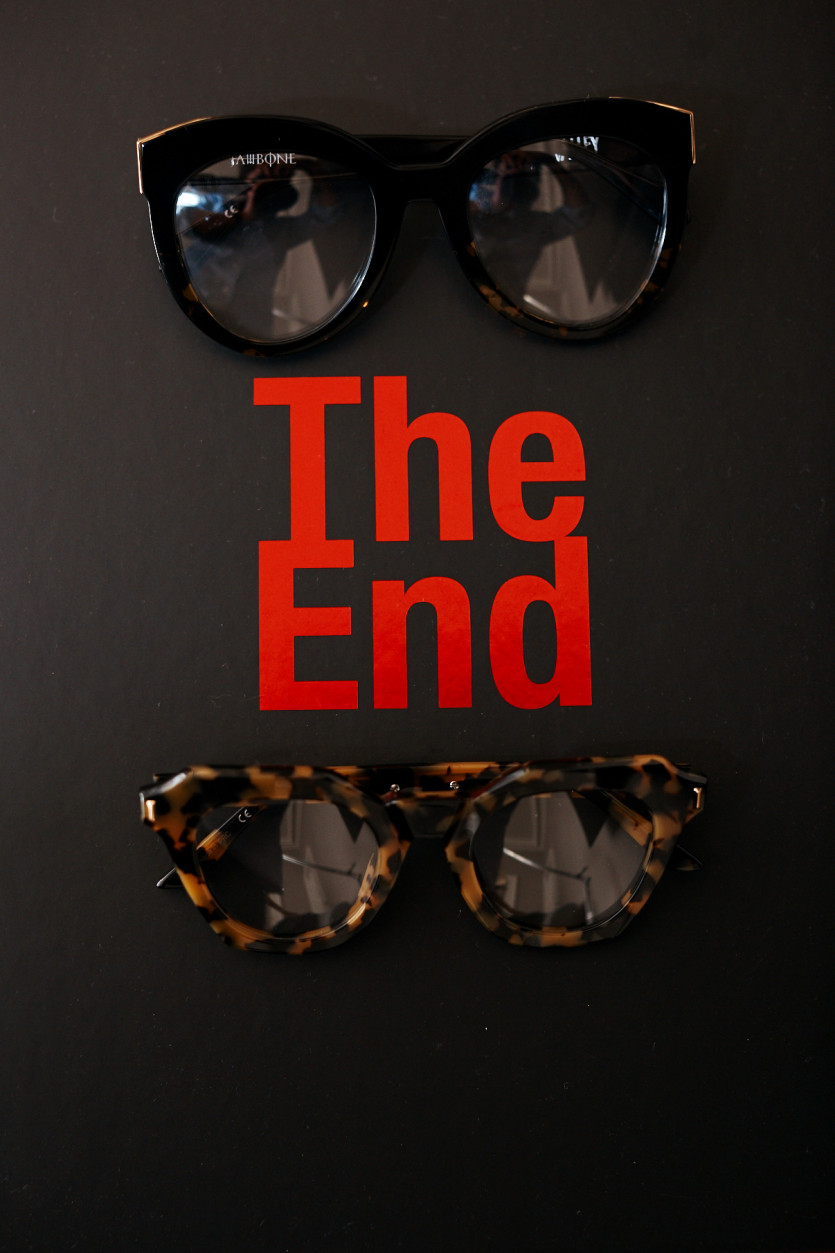 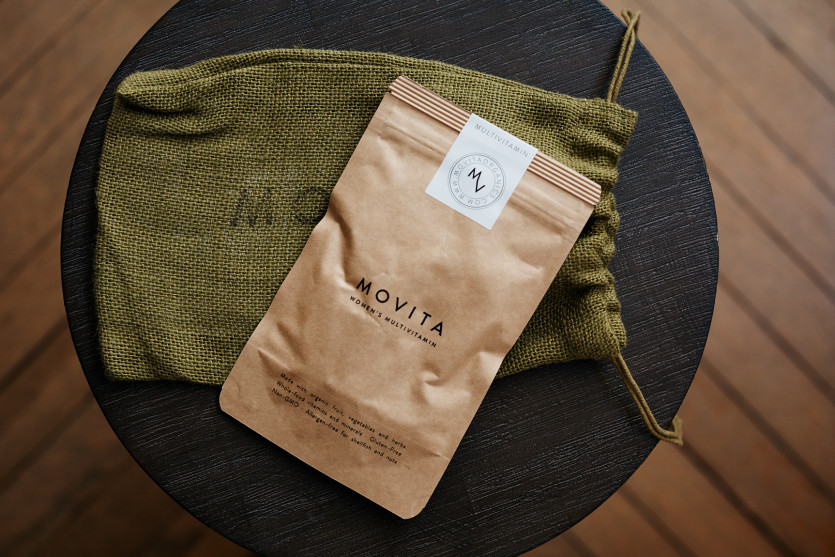 Outside of work, what do you enjoy doing?

“I like to work out—I like to run— and I like to watch TV. I’m someone who does watch. I like to produce it, but I like to see what else is going on out there, I think that’s important. I’m a big reader—I love a good book—and I’m actually starting to enjoy cooking, too. It was never something that I thought of as enjoyable, but I’m getting to that point. I do like to bake, though. I like to bake a pound cake. My grandmother used to make them. She lived in Virginia, and when we’d go down there, she’d have a fresh-baked pound cake that was warm. It was so delicious. So I’ve played around and found a recipe that’s close to that.”

What movies and TV shows are you into right now?

“Well, I feel like I’m the only person in the world who didn’t watch Game of Thrones, but I’m watching Black Sunday now. And I really love that show The OA on Netflix. I saw Us, and I really look forward to seeing it again. It was so interesting and sparked such good conversation. Respect to Jordan Peele, he’s doing his thing.”