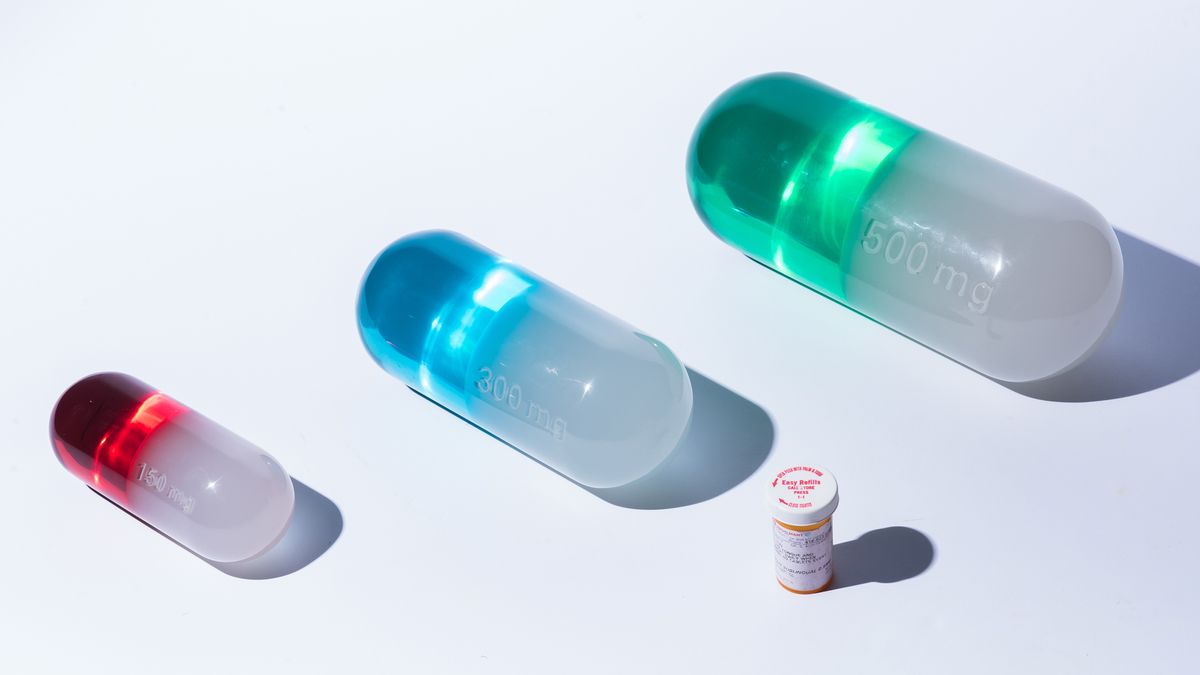 How a Holistic Health Coach Helped Wean Me Off ADD Medication

Vanessa Fitzgerald overhauled my lifestyle for the sake of my mental health.

I’ve been taking ADD medication—more specifically, Concerta, or if you want to get really fancy and medical, Methylphenidate—for 10 years. But despite the fact I’ve been on it for so long, I was never diagnosed with ADD or ADHD.

Let’s rewind. At age 10, my parents brought me to a psychiatrist to be evaluated to see if I was more than just a hyperactive child. Essentially, they wanted to rein me in. But the test came back negative, so I earned my grades (not very good ones) sans medication. Fast-forward to 2009. It was my junior year of college, and I transferred to Parsons in New York City to pursue a fashion design degree. My sewing was rough, pattern-making was a whole other issue (I can hardly draw a straight line), and forget draping. I told my psychiatrist about my struggles, and after asking me a slew of questions, she handed me a prescription for Concerta. Thus, my dependency began.

Remember those sub-par grades I got in high school? Let’s just say I was now on the dean’s list and earned a prime spot in Parson’s graduate show, where my final project was put on display. That dress even ended up in a Teen Vogue editorial. When I was first handed that prescription for 27 mg of Concerta, my doctor told me there was no need to take it every day. But I did. It became a ritual, one I couldn’t function without. I found that if I didn’t take it, I was lethargic, irritable, and extremely unmotivated.

But this past year I decided to go off my medication. It wasn’t something that just came to me on my own. After listening to a podcast with nutritionist Vanessa Fitzgerald, who successfully weaned herself off Adderall, I found that many of the topics she spoke about really resonated with me. For instance, Fitzgerald noted that when a friend would make a joke or say something funny, she wouldn’t laugh. Hearing her say that was an aha moment for me. I just thought most people weren’t that funny. Ultimately, I felt like Concerta was suppressing my emotions, so I decided to work with her and get off the stimulant.

My first meeting with Fitzgerald was in person at her office, where she took me through a questionnaire. What were your meals in the last two days? What are you triggered by? What other medications are you on? What’s the longest you’ve been off your meds? Did you have any birth trauma? Are you bloated after every meal? The list goes on. After my evaluation, she started to put together a program that would set me up for success when going cold turkey off Concerta, which she believes delivers the best results.

First and foremost, Fitzgerald is a fan of eating for your brain, which means a lot of leafy greens, protein, no sugar (it ferments in your stomach and causes digestive issues), no grains (brain-fog food), no beans, no dairy, no corn, no alcohol (alcohol was a no for only 23 days). Sound boring? Surprisingly, that wasn’t the hardest part. Fitzgerald also had me on a crazy amount of supplements (I was taking about 40 a day at one point), and around week three, swallowing all those pills started to stress me out. So how did she decide which would be best for me? Through applied kinesiology, a non-invasive, alternative medicine technique used to diagnose illness or choose treatment by testing muscles for strength and weakness. Her prescription was as follows: vitamin D, tuna Omega-3s, vitamin B-12, A-C Carbamide (helps to flush the kidneys), and Min-Chex (a homeopathic anti-anxiety supplement). But I wasn’t just taking one a day. Each was dosed for breakfast, lunch, and dinner. I could take three in the morning or two in the afternoon; it was all dependent on how my muscles responded.

After my first appointment, I went to the homeopathic drugstore in Santa Monica, prepped my pill case for the week, went grocery shopping to nurture my new (more bland) diet, and mentally prepared. Needless to say, that first day was rough. Really rough. I was in my head overthinking everything. It took a lot of talking to myself to get all my work done. I was tired. I was antsy. I felt slightly depressed. But Fitzgerald said to keep at it. Hang out with friends, go work out, be around the people who are supportive. Working out was harder; I had a panic attack in a hot yoga class my third day off Concerta. But I learned going with a friend helped a lot. Day two wasn’t any easier, but after about a week, I was able to find my groove.

It’s been 27 days since I last took Concerta. There are times when I wonder if getting off the medicine was worth it. While, yes, it suppressed my emotions, it never made me feel sick or nauseous. It never affected my friendships, and to this day, I still don’t think it’s a bad drug. Besides the fact that I feel like it’s never wise to be on certain medications for an extended period of time, I believe I wouldn’t be where I am today if it wasn’t for that crutch.

So what happens next? After eight weeks (12 for some), I plan to stick to the no, no, no eating plan, because even though I still struggle to stay focused and keep motivated, I’ve never been happier in my body. My clothes fit better because of the way I’m eating, and when I do get to work on something I’m passionate about, I feel clear-headed and energetic. And while I’m still hopeful that Concerta will never be a part of my morning routine again, I’ve come to accept that with my new lifestyle I might never be on another dean’s list. But this is the first time in a long time where I’ve been able to say, It’s going to be OK.