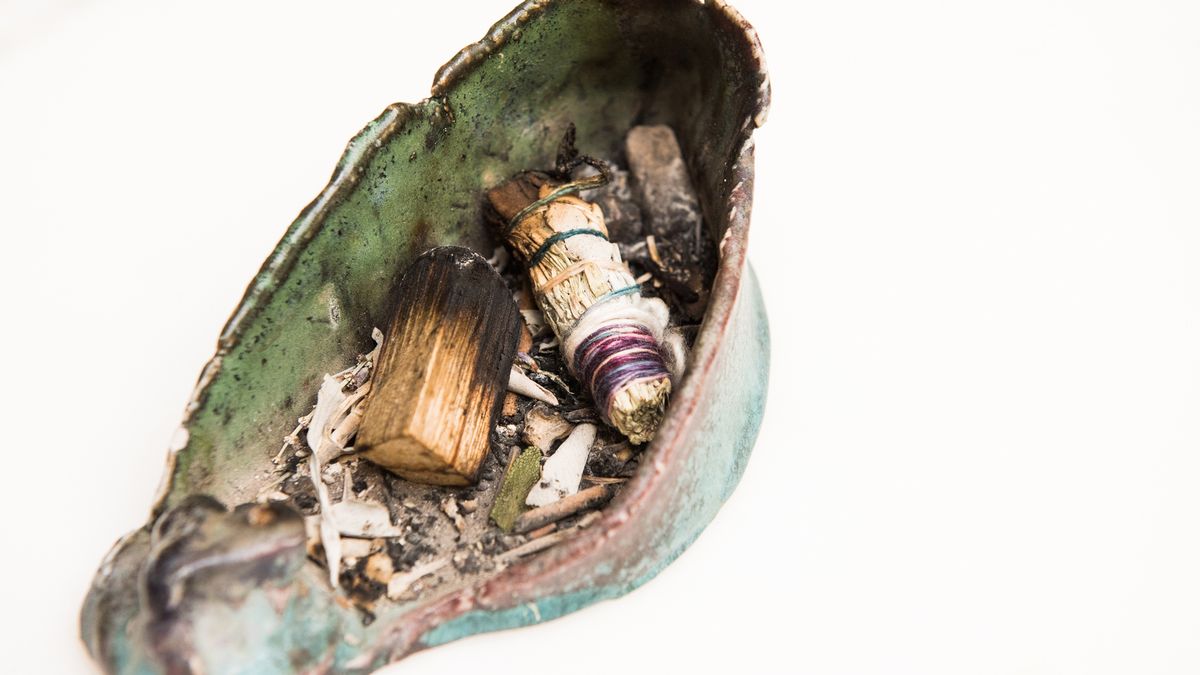 Is Burning Sage Good for Your Health?

Any wellness enthusiast worth half their weight in ashwagandha likely has a tiny bouquet of dried sage leaves lying around. But are there any actual health benefits to striking a match and lighting the bundle on fire? According to some acupuncturists and doctors, the answer is a resounding yes.

Rituals can feel supportive, even if they are associated with no advantages to one’s health. Until now, I’ve always seen my little dish of palo santo and a sage stick as mostly psychologically therapeutic: Igniting some sage (or “smudging”) and wandering around a new apartment to “clear bad energy” didn’t seem particularly scientific, but I’ve always done it anyway.

Yet the health benefits of sage may go deeper than the nervous system—though it can certainly be ameliorative for that, too. “I see patients start to relax and go into a more neutral state within minutes,” acupuncturist Claretha Yeager, who often smudges to help her patients release negative emotions, told WebMD.

Physical benefits of burning sage haven’t yet been studied, but sage extract and capsules have been found to be useful for easing depression and anxiety as well as improving memory and brain health and protecting against neurological disorders such as Alzheimer’s. Sage may also be up there with ginger for alleviating GI issues. WebMD pointed out that some of these studies were done on animals (sadly), not people, and the results might be different for humans. That said, there are quite a few favorable sage Alzheimer’s studies out there, which appear to indicate that at least the memory aspects of sage are legit—for people and animals alike.

Anecdotally, my mother refers to sage as “sage the savior,” thanks to its hardcore antibacterial and antioxidant properties. Sage tea with spearmint and honey is the first thing I reach for when I’m sick. It is, after all, a tried-and-true home remedy: Indigenous peoples burned sage in spiritual and purification rituals, as WebMD reports. Same for the times of the ancient Egyptians and Romans, when sage was used for problems of memory and digestion and to calm sore throats.

Will lighting up a stick of sage solve all your problems? Nah. But it will probably make you feel better, and it just might have some serious healing properties as well. When in doubt, studies seem to conclude that sticking to sage extract or capsules is best for a true health assist.