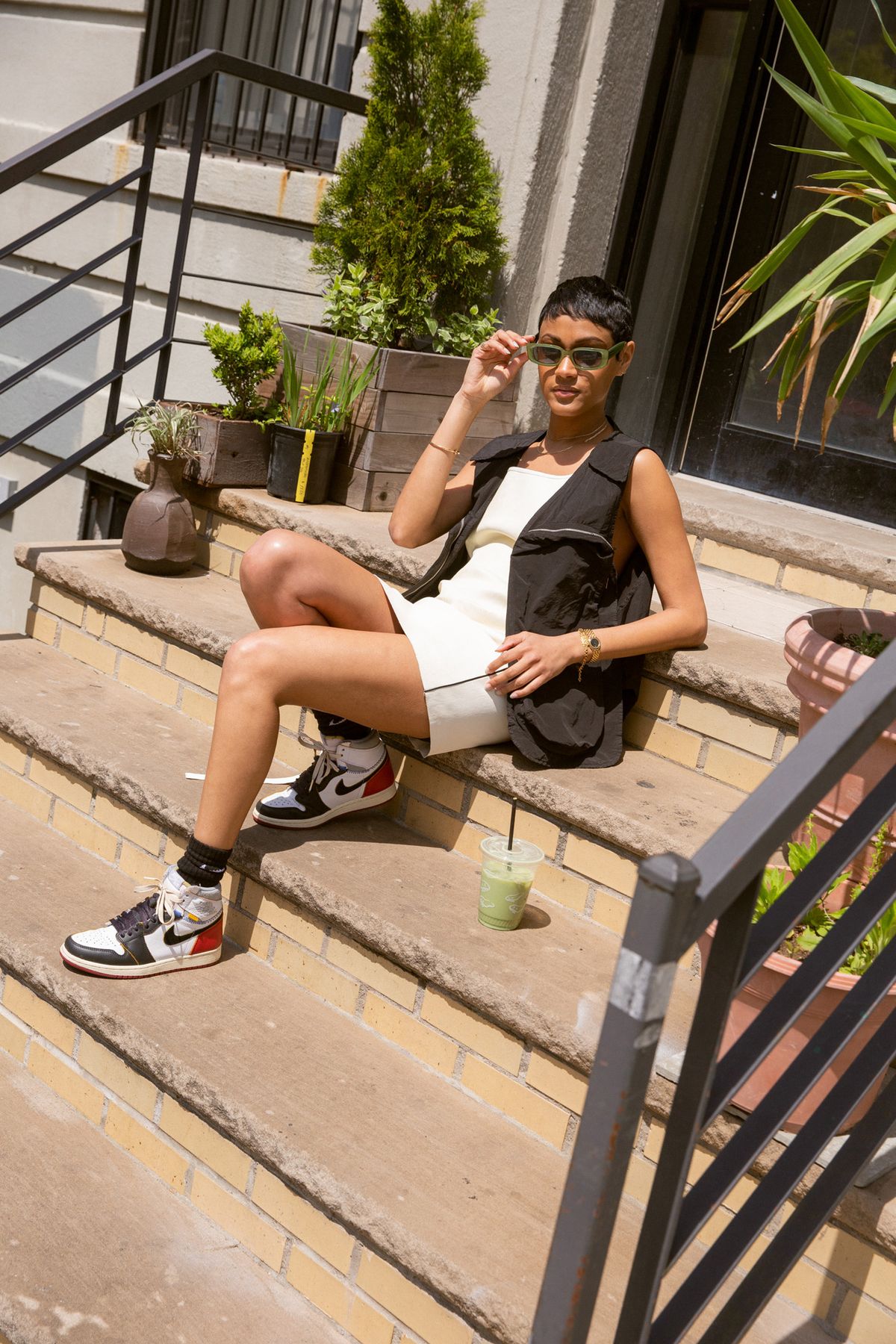 Stylist Sashà de Oliveira’s Alyx, Jordan, and Helmut Lang-Filled Closet Is One to Be Reckoned With

Let's just say that the Toronto-born stylist knows how to shop. New York.

Jodi Taylor
Alec Kugler
Jodi Taylor
Stylist Sashà de Oliveira caught our eye quite some time ago, and we immediately knew that she was a shoo-in for the site (no Sneaker Week pun intended). She’s a New York transplant originally from our hometown of Toronto (although she also grew up in Florida), has incredibly cool taste (you can see for yourself here), and has worked with the likes of Tommy Genesis, Jordan brand, and has assisted Rene Lou on set with Kanye West and Travis Scott. To put it bluntly: She’s a badass, one we wanted to get to know better. And so we did, while we sipped on iced lattes and raided her sneaker collection. As we propped Jordan 1 Retro Turbo Greens up against a snakeskin Alyx purse for a shot, and slipped Martine Rose x Nike Monarch IVs into the microwave (there were also Comme des Garçons x Nike Air Mowabb ACGs in the fridge), we picked Oliveira’s brain on what it was like growing up between Toronto, New York, and Florida, the sneaker culture in each of the three locations, her first styling gig with throwback leather tracksuit brand En Noir (if you know, you know), and how she made it once she got to New York. We also may or may not have finished the shoot by wrapping her up like a burrito in a Virgil Abloh x Ikea rug. All in a day’s work, you know? Check it all out below.
Closet

Let's just say that the Toronto-born stylist knows how to shop. New York.

Nicole McLaughlin Debuts New Shoes from Her Insta-Famous Footwear Collection
Allow This Sneaker Week Closet to Set the Tone for Your Summer Dressing
Dancing in the Streets with Star Choreographer Charm La’Donna
Part of the series: