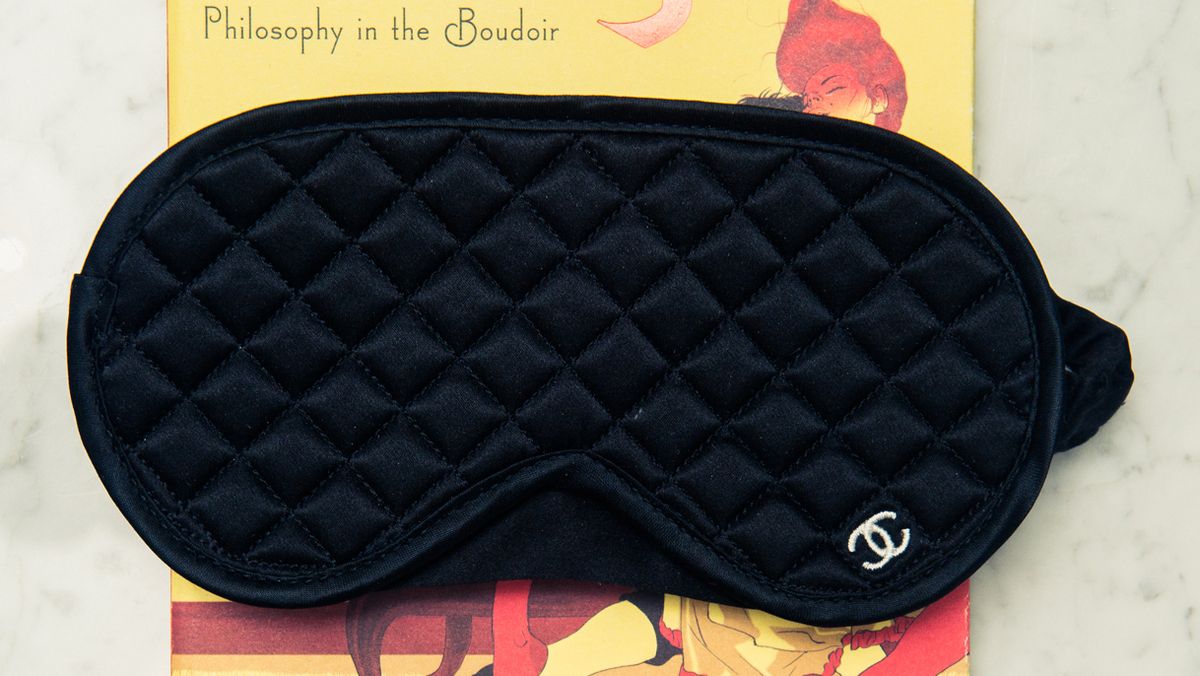 It’s not actually a good thing if you can fall asleep anywhere.

Even the best of us sometimes fall prey to the sleep-deprivation cycle: Late-night dinner on Monday turns into an early meeting on Tuesday, which then leads to the alarm going off for Pilates Wednesday morning after not enough sleep Tuesday night (blame Netflix). The pattern continues, and by Friday, we’re toast. We already know that sleep debts can’t be paid back, making them less sleep debts than sleep bankruptcy, which everyone I know filed long ago. But according to a new study, there are many other common sleep legends we’re all going around telling ourselves and each other, perpetuating the fallacy and signing off on our own demise.

First off: Once and for all, accept that if you’re looking at a screen before bed, you’re affecting your sleep. I am deeply guilty of this, but somehow this line from CNN really struck me: “Watching TV or using an electronic device within two hours of bedtime means it will take you longer to fall asleep, you’ll have less dream state or REM sleep, and even if you do sleep eight or more hours, you’ll wake feeling groggy.” I’ve always thought I’m fine, since I can usually fall asleep without a problem. But I do often wake feeling groggy, and it’s hard to ignore that note in there, which they lifted directly from the National Sleep Foundation.

We’ve also heard a lot about the snooze button, and it seems our faithful friend is actually a distinct foe. “Resist the temptation to snooze, because unfortunately, your body will go back to sleep—a very light, low-quality sleep,” lead study investigator Rebecca Robbins, a postdoc research fellow at the Department of Population Health at NYU Langone Health in New York, told CNN. This can lead to the start of a new REM cycle, which can then lead, nine minutes later, to the disruption of that cycle, which leaves you feeling dazed.

Dreams feel otherworldly, and our ideas about them are often parked firmly in magical-thinking territory. But whether or not you remember your dreams has no bearing on your quality of sleep. “All of us do experience dreams four to five times a night,” senior study investigator Girardin Jean-Louis, a professor in the same department, told CNN. “And we don’t remember because we’ve not woken up and disrupted our sleep.”

The tack of “more is better” when it comes to sleep is not only wrong, it’s unhealthy, Jean-Louis told CNN. Turns out there is such a thing as sleeping too much, and it’s bad for you. On the other side of the same coin, if you’re not sleeping well at night, napping in the daytime to “catch up” won’t save you. And if you do nap, try to avoid triggering an REM cycle: Keep your nap to 20 to 30 minutes, tops. Otherwise, you’ll likely only feel worse.

If you’re one of those people who insists upon cranking the heat at night, stop. Sleep quality thrives in cooler temperatures, so crack a window or turn down the heat when it’s time to tuck in. And once you’re asleep, try to stay that way for seven hours or more. “It turns out a lot of people felt less than five hours of sleep a night was just fine,” Jean-Louis told CNN. “That’s the most problematic assumption we found [in the study],” he said.

A third of people in this country sleep less than seven hours a night, according to the CDC, via CNN. Across the world, as much as 45 percent of the globe is facing health issues as a result of sleep deprivation. It seems there simply aren’t enough hours in the day—and sleep is the first thing to go when something has to be cut. But it’s killing us. “We have extensive evidence to show that sleeping five hours a night or less, consistently, increases your risk greatly for adverse health consequences, including cardiovascular disease and early mortality,” Robbins told CNN.

If you’re trying to catch up on those z’s with sleep anytime, anywhere, that could also be a problem. “Falling asleep instantly anywhere, anytime, is a sign that you are not getting enough sleep and you’re falling into ‘micro sleeps,’ or mini-sleep episodes,” Robbins told CNN. “It means your body is so exhausted that whenever it has a moment, it’s going to start to repay its sleep debt.” This is trippy: The feeling of sleepiness is caused by the chemical adenosine, which builds up in the brain over the course of the day. A good night’s sleep lowers the levels of the chemical in your brain. Essentially, another phrase for “sleep debt” (or bankruptcy) is “high levels of adenosine.”

Though this may come as a disappointment to some, imbibing before bed may help you fall asleep, but it won’t help you in the long run. Boozing before bed keeps you out of the REM cycle and stuck in light sleep and messes with your quality of rest.

In general, it’s tempting to think of sleep as an afterthought. But: “There’s such a link between good sleep and our waking success,” Robbins told CNN. Quality sleep—involving REM cycles, deep sleep, and everything in between—takes time. And it’s vital. Next time you think about watching TV a couple of hours before bed, scrolling through your phone before you fall asleep, or sipping a glass of wine near bedtime, think twice. I’ll be right there with you.