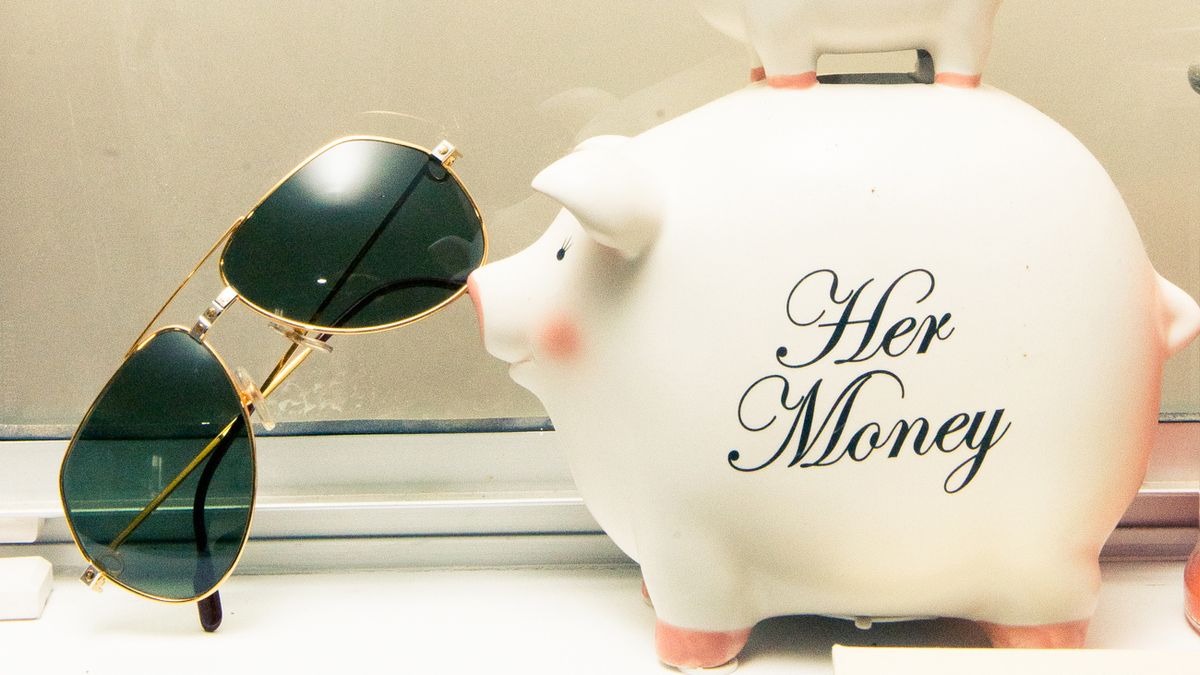 Is it really worth the budgeting nightmare?

It’s a Tuesday morning, and I’m on my near-daily stop at Moon Juice, swiping my debit card for a Canyon Greens and date shake (because treat yourself). The total comes to a cool $24.00 plus tax. I drop the juice into the cupholder next to my $6 latte before turning the key in the ignition. All told, I’ve spent 30-plus dollars before 9:00 AM, and—to paraphrase Bob Dylan—I don’t think twice, ’cause it’s all right.

Don’t ask me how I got there, because even now, four years later, I couldn’t tell you. Through a convoluted series of events, I’d stumbled into a role as a project manager at a web design firm, and with it came the largest paycheck of my life. I was 26 years old, and I’d gone from making $35,000 to $82,000 in just over two years.

I was also miserable.

I liked nothing about my job, which involved walking into what a coworker called “The Cube Farm” every day, where I’d soothe the nerves of difficult clients, smooth over the conceits of web developers, and send hundreds of perfectly P.C. emails.

I knew I needed to quit, but it wasn’t until I was in tears at a friend’s place one night that I figured out just how far I was willing to go. When I confided that I was afraid I couldn’t find something better without taking a pay cut, she said, “So what? You’re young. Why should that stop you from taking a job you’d actually like?”

And so, that night I started applying for writing jobs—only writing jobs—and two months later, I took a nearly $30,000 pay cut to become the editorial director for a start-up media platform.

Suffice it to say, for anyone out there who’s ever asked herself, Should I take a step down in salary to follow my passion? I have a few thoughts.

When I quit my cushy job, I thought, “I used to live on even less, so this will be hard, but fine.”

There was no evidence of those former massive paychecks in my savings when I quit, probably because most of that money is in Amanda Bacon’s account now. And so I wound up paying for those budget oversights and unforeseen expenses—to the tune of about $3,000 in credit card debt that first year.

You will need to cut back more than you think. And it will feel incredibly hard mentally, but also socially and emotionally, to make the shift. Don’t let anyone tell you differently.

When you take a pay cut like this, you should consider the potential for growth

Before taking the editorial position, I thought hard about what this career shift might lead to long-term. While I didn’t get the salary offer I would have liked (or anywhere close to the industry average for the role), I accepted the job with a plan already in place to prove my value and ask for a raise after a year. When that anniversary came, I pitched a nearly 15 percent salary increase, which I got in two phases over the next few months.

But beyond money, I also thought about the types of jobs I could land later. I spent most of my time at work learning everything I could about marketing and branding—skills required for roles that I knew paid better than traditional writing jobs. And because a large part of my work involved interviewing women, I used those opportunities to build authentic connections by asking well-researched, thoughtful questions. I owe my current role (which, yes, came with a nice raise) to those proactive moves.

You will need to take on “non-passion” jobs

I don’t have the privilege of coming from money, and no long-lost great aunt has left me her estate—yet. And so I quickly realized that I couldn’t just cut my budget; I needed to supplement my income as well.

I said yes to every freelance writing project that came my way, including a gig I still have: writing product descriptions for fashion brands. It was often tedious work, and it meant dedicating extra hours in the evenings and most weekends. It was worth it.

They need to compensate you in other ways

I left a cubicle for a flexible role that allowed me to make my own hours and work from home on Fridays. There was an unlimited vacation policy (although the jury’s still out on the value of that). I cut my daily commute by over an hour. There were stock options.

If you agree to take a significant pay cut, the company should find other non-monetary ways to compensate you. And yes, you can and should negotiate other benefits during the offer phase, whether that’s extra vacation days or a larger health insurance stipend.

At 26, what I wanted most was to not dread walking into the office every morning. I also knew I loved writing and wondered whether I loved it enough to do it every day (I do). I wasn’t planning a wedding or family anytime soon, and even at my higher salary, there was little to no chance of me ever buying a house in Los Angeles. I made my choice accordingly.

But the “dream” lifestyle varies for everyone. So before considering a pay cut, organize your priorities honestly. If you need more security before quitting, make that emergency fund happen. And don’t ever apologize for working a job that’s not your passion if you’re doing it to fund what matters to you most.

You will regret it at least once—but not forever

Actually, I regretted my choice often. It wasn’t until this year that I’ve come within spitting distance of the salary I made back then. I’ve fretted over the cost of a dream trip to Berlin while my boyfriend bought his ticket without thinking twice. I still cry when unexpected car repairs happen. And that emergency savings fund? It’s there now, but not exactly big.

So yes, I regret taking that pay cut. But I know that I would regret it even more if I hadn’t.

Brain Fog Is Real, Here’s Why
How to Ask for a Raise—and Get It
4 Major Women’s Issues Currently Up for Debate
More From the series Career