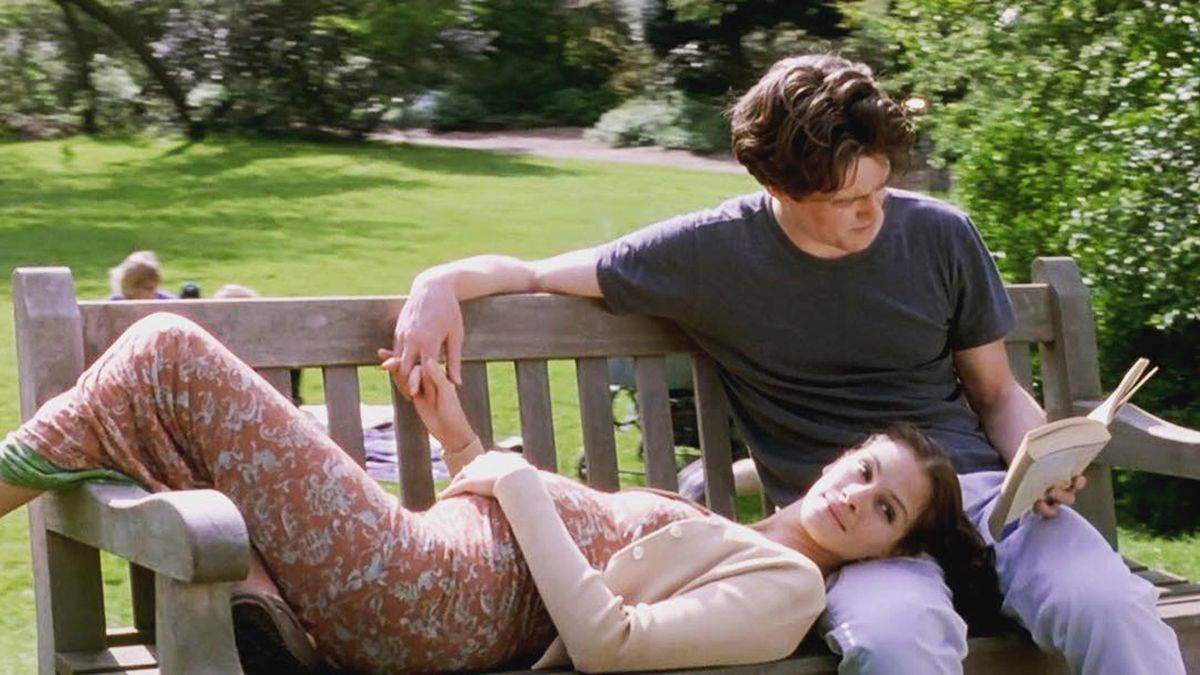 A search among the embers of the rom-com.

Bibi Deitz
Romantic comedies have been a defining factor of my life. No hyperbole: Growing up, I watched Sleepless in Seattle, You’ve Got Mail, and When Harry Met Sally no less than 20 times each, but it wasn’t just about rewinding the videotape over and over. My mother loved—make that loves—these films, and her enthusiasm about the events unfolding on our old crappy TV taught me to value watching two people fall in love with each other on-screen, for better or worse. I’m a die-hard hopeless romantic.

It’s more than that, though. When I first started dating my boyfriend a few years ago, we were at dinner when he announced that romantic comedies are his favorite movie genre. I can still remember exactly where we were sitting at the Thai restaurant we used to go to all the time; I can remember yelping and looking across the table at him like, Is this guy for real? (He was, sort of. He has a special affinity for romantic comedies of yore, films that would go on to later inform such heavyweight romantic comedy directors as Nora Ephron and Richard Curtis—say, for example, Ernst Lubitsch’s Trouble in Paradise—and now, thanks to him, I do too.)

The genre just isn’t the same anymore, though. When was the last time you saw a romantic comedy in the theaters that made you laugh, much less want to leap up and clap at the end? If the answer is 1998, you’d probably be right.

The demise of the romantic comedy has been well chronicled; even the Catholic World Report ran a story about it last year. They point to the “increasing implausibility of friendship” as a potential source of blame for the genre’s slow death, which I don’t buy, but it’s an original theory.

The worst part is the dirty reason lying behind the dearth. Sure, people don’t date the way they used to, thanks to the internet and our millennial hookup culture that people are always wringing their hands about (which may or may not even be a thing, but that’s a debate for another time). And studio audiences seem to be more interested in putting their money on action movies than they do in tucking in for a sweet romantic comedy. You could just plain-old blame it on Trump et al: Can we really sit and watch a couple of nice people do some quirky things and fall in love while our constitutional representative democracy as we know it crumbles?

But truly, the real reason proper romantic comedies aren’t being made anymore seems to be rooted in misogynist underpinnings (what isn’t?). Here’s where we are: In a very succinct summary of her experience with writing in Hollywood, Liz Meriwether says, “Last year ... an executive told me, in a very kind way, that the studio she worked for would consider making one ‘female R-rated comedy’ a year, and if I wanted to, I could compete for that slot.”

How to Lose a Guy in 10 Days
Photo: Getty
Moreover, the exec was clear that she wasn’t looking for the next Notting Hill: “She told me that she had no interest in romantic comedies,” Meriwether writes, “and if I wanted to write one of these female R-rated comedies, it should definitely be a buddy comedy or an ensemble comedy.” Buddy comedies, it should be emphasized here, are usually testosterone-fueled affairs, starring men who are directed by other men.

Lynda Obst, who produced Sleepless in Seattle and How to Lose a Guy in 10 Days, breaks it down thusly: “I don’t see any appetite for rom-coms from the studios.” Full stop. It hasn’t always been that way, but that’s the way it is now.

On both of the NYT’s very good and almost identical “25 Best Movies of the 21st Century” lists (here and here), not a single romantic comedy appears. There’s a reason for that: Not only have few been made, all of them, almost without exception, have been awful. Instead, films such as the dystopian Mad Max: Fury Road or the apocalyptic Hurt Locker make the list. There are moodier titles on there too—Moonlight, I’m Not There—and, for some reason, The 40-Year-Old Virgin appears on both, which either means I need to see it again or the lists need to be amended.

But those hard-hitting romantic comedies—hard-hitting in their softness, films you can climb inside and be comforted by again and again—are nowhere to be found. It’s deeply distressing, at least for those of us who love a good rom-com.

There is one and only one (as far as I’m concerned) notable exception to this rule over the past 20 years or so: Juliet, Naked, which encompasses everything a great romantic comedy should and blew me away when I saw it in the theater last year.

And so, in honor of the hard times on which we’ve fallen, I’ve compiled a list of the 13 best romantic comedies of all time to cheer myself up (and hopefully cheer someone else up too, after they watch one or all 13 of them).

10 Things I Hate About You
Photo: Getty
This list is by no means exhaustive. After compiling my initial list, I spent hours pawing through other people’s lists online (hey, some of us take this stuff very seriously). I realized I’d missed a few, but for the most part, I stuck to my guns: This list comprises the modern romantic comedies I’ve seen a million times, that have stood the test of time.

It should be noted that I operated within a few parameters. My main criterion: You have to be able to watch it on repeat over the course of your life. I excluded foreign films, so I didn’t drive myself completely crazy (plus, the American romantic comedy is so integral to the fabric of our country’s spirit, it might as well be apple pie), so movies like Priceless were disqualified. I also nixed indie flicks; to make my list, a film has to be mainstream, embracing the stereotype completely.

And though contemporary movies such as The Big Sick or even Landline incorporated elements of comedy and romance (and were both really good), they don’t play by the rom-com rules I’m talking about. This isn’t to say that people haven’t tried to make classic romantic comedies in the past 20 years or so: 27 Dresses, The Holiday, 13 Going on 30. But, no.

I am not including the romantic comedies that my boyfriend was referring to on our date years ago (such as The Lady Eve, which came out a mere 78 years ago), though they are excellent and absolutely created the classics we all know and love. They deserve their own list.

And so, without further ado, click through to discover my synthesized list of the 13 all-time best romantic comedies.
1 / 13
When Harry Met Sally
Photo: Courtesy of Instagram/@metrokittykat
Want more stories like this?