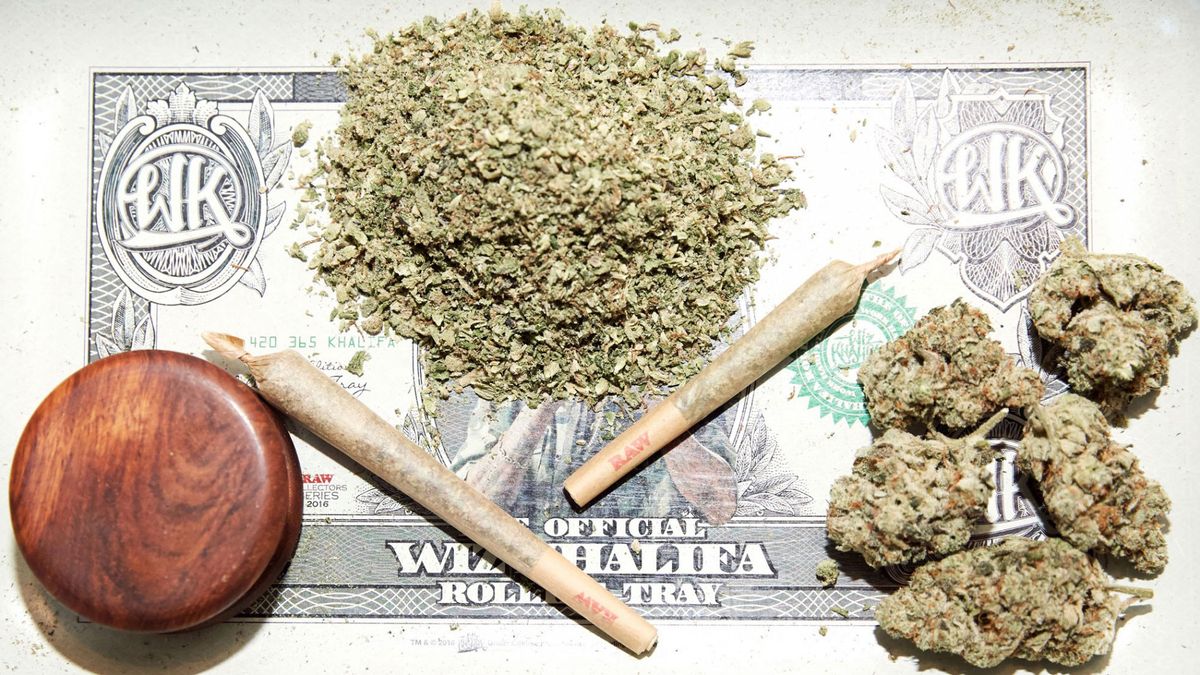 From CBD products to legislation reform, these are the names you need to know.

Despite the federal government’s refusal to legalize or regulate marijuana, the cannabis industry has continued to gain traction in a number of different arenas, including fashion, beauty, the media, and more. Every week it seems like there is a new brand touting the benefits of CBD, or, if you live in one of the ten states where recreational weed is legal, THC. Stylish websites for the new generation of smokers are popping up everywhere, filled with valuable tips, tricks, and product recommendations. And while it’s no secret that the majority of Americans support some form of legalization, there is still a long way to go before a reasonable solution to the marijuana debate presents itself.

So who exactly are the people working behind the scenes to not only push through legislation reform, but develop innovative (and effective) cannabis products and services? To no one’s surprise and everyone’s delight, there are hundreds of women leading the charge.
To get the lowdown on the state of the industry in New York (especially since weed was decriminalized here in 1977), we spoke with Nancy Udell, a director of Empire State NORML, the National Organization for the Reform of Marijuana Laws. “New York State has a medical cannabis program, [the] Compassionate Care Act, passed in July 2014, that is administered by the Department of Health,” she explained via email. “The program allows for people who have qualifying illnesses to obtain cannabis products from a licensed dispensary.” But while this act has made marijuana accessible for a specific group of New Yorkers, there is still a racial disparity when it comes to the incarceration—of men in particular—for recreational use and possession of over 25 grams of flower, aka the bud of the marijuana plant that contains the tetrahydrocannabinol. Udell elaborates: “In the past 20 years, police in New York State have made about 800,000 arrests for cannabis possession. While cannabis consumption and sales occur at similar rates across all ethnic groups, black and Latino individuals are arrested for possessing cannabis at vastly disproportionate rates.”

This racial divide unfortunately carries over into the emerging cannabis industry as well, which Verena von Pfetten recognized as she was co-creating her weed-meets-lifestyle magazine, Gossamer. “The downside is that the overarching demographic of people who are doing things in this space, for a variety of reasons, that are standard and systemic across other industries—like access to capital, ease of presentation, networking, community—are white,” she explained on the set of a recent Coveteur shoot. “So I think that in as much as the industry is creating a more elevated representation [of marijuana users], in a lot of ways, it is being super homogenized.”
In order to raise awareness about this inherent racial bias, editor Tahirah Hairston co-founded The High Ends, an online community that provides a safe space for women and women of color to express themselves. Said Hairston via email, “We hope for acknowledged awareness of the glaring disproportions of opportunities for us, especially because there is so much money in this industry and so many black people behind bars.” To accomplish this, the founder has promised more experiences to expand the High Ends community and more opportunities for fellow female smokers to tell their stories. “We want to help figure out what the next steps are to rectify this disparity aside from just saying that it’s happening.”

Like von Pfetten and Gossamer, and Hairston and The High Ends, Miss Grass is one of the many new media platforms for aesthetically minded female smokers. Co-founders Kate Miller and Anna Duckworth (formerly of the cannabis pen company dosist) saw an opening for a wellness-oriented site where the “cannacurious” could dip their toes into the world of recreational marijuana use armed with expert advice and a curated selection of products. Dubbed by some as “the Goop of cannabis,” the company is an elevated take on the intersection of marijuana and alternative medicine. “Our mission is to change the conversation and shift the narrative, and a huge part of that is making sure that people are equipped with accessible educational resources,” explained Duckworth during a phone call. Miller elaborated: “Our three pillars [for] our product partners are quality, function, and design.”
One of the many cannabis beauty products Miss Grass stocks is industry-favorite Vertly, a line of hemp-infused balms and lotions from Claudia Mata Gladish. A former fashion editor turned weed entrepreneur, she cooked up the original formula for her CBD lip butters in her northern California kitchen. “We’re just hoping to marry all these different worlds together: beauty, herbalism, and cannabis,” she explained of the company she runs with her husband. “A lot of people define [our products] as luxury, but I’m defining it as quality.” It only takes one look at the refined Vertly packaging and luxe formulation to recognize how far hemp and CBD products have evolved from the college headshops of the past decades.

CBD for Life is another beloved cannabis brand quietly taking over this new beauty market, run by former Wall Street executive Beth Stavola. “I learned about the healing properties of CBD after I infused the compound with essential oils to help manage my chronic back pain,” explained the founder via email. “As a side effect of using the rub, I noticed a significant improvement, clearing, and softening of my skin.” Two years later, the CBD for Life brand was born. Stavola also owns and operates processing, growing, and dispensing operations throughout Nevada, Arizona, Maryland, and Massachusetts for two sister brands. “The Health for Life indoor cultivation and production facility produces high-quality proprietary marijuana strains and concentrates. Melting Point Extracts (MPX) is devoted to providing the cleanest and most effective concentrates utilizing state-of-the-art extraction equipment.”

With so many varieties of products and accessories in the cannabis market, it’s easy to feel overwhelmed with choices, which is why Camille Chacra founded her lifestyle essentials company, Allume. “It’s hard as a female smoker to find really nice accessories that aren’t intimidating,” she explained over the phone. “Because if you go to any regular smoke shop, you’ll see there are huge bongs [and] pot leaves plastered everywhere. I thought, I’m going to curate a collection of minimalist items that I personally would like to use.” Soon her “Chillbox” of accessories—everything from rolling papers and grinders to pipes and pins—will be available via a subscription and delivered monthly, making marijuana use chicer and easier than ever before.
This trend of increasingly sophisticated (and stylish) smoking accessories is particularly strong amongst millennials, and women in particular. For Jenny Wichman, founder and designer of Yew Yew, she was tired of the old-school head-shop-style options that looked, in her words, like an “alien penis.” “I wanted to design something that felt modern and would fit into my lifestyle,” she said in an email. “It doesn’t scream ‘weed pipe’ when you look at it, and women want something they won’t be ashamed to leave on display in their homes.” The founder also makes a point to highlight the work of other female artists and will be rolling out a new design collaboration in July for a limited-edition run. As cannabis consumers become more educated and selective, and with recreational legislation just a few years away for many states, the push for more sophisticated accessories will only continue to grow.

Now, with New Jersey primed to become the eleventh state to legalize recreational use, Governor Cuomo has no choice but to listen to the people, many of them women, who are advocating for cannabis regulation and innovating in the increasingly popular space. The Marijuana Regulation and Taxation Act, a bill introduced by State Senator Liz Kreuger, would legalize the use, production, sale, and other activities related to cannabis and cannabis products for adult consumers. Says Nancy Udell of NORML, “The MRTA also retroactively addresses previously criminalized offenses and provides opportunities for the resentencing and reclassification of convictions,” meaning the one-in-five inmates incarcerated for non-violent drug offenses (roughly 200,000 in state prisons and 456,000 at the local, state, and federal level) could appeal their sentences and reduce or expunge their records.

If you’re interested in learning more about female cannabis entrepreneurs, be sure to check out our Women in Cannabis event this weekend at the Hoxton Hotel in Williamsburg, Brooklyn. We’ll have a range of activations and pop-up experiences, as well as women-led panels on everything from CBD education to the latest updates on legalization in New York. It’s up to us, ladies. Let’s get it done.