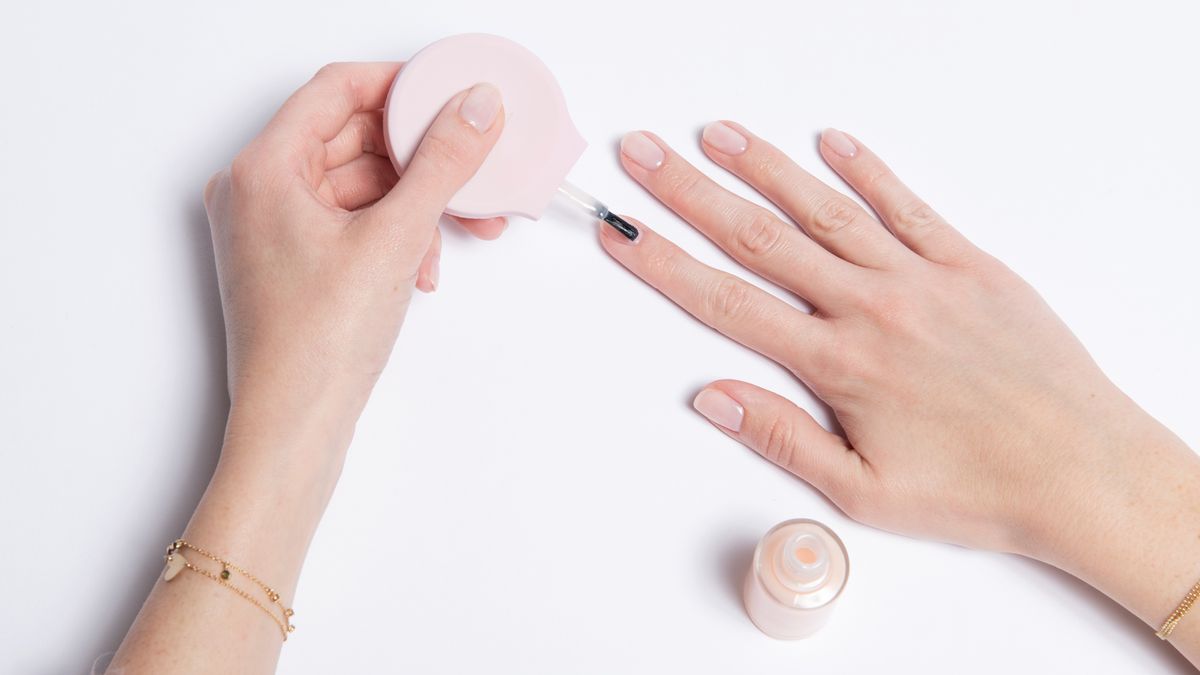 Hannah Baxter
Everyone knows the struggle of trying to paint your own nails at home—unless you’re ambidextrous, the application is probably significantly worse with your non-dominant hand. But during those weeks when your schedule is absolutely jam-packed, or you’d rather save a few bucks on a mani appointment, doing your nails yourself is often the only option. Sarah Gibson Tuttle, the founder of Olive & June salon in L.A., saw an opening in the market for a device that made painting your own nails much easier without sacrificing quality. Her new beauty tool, The Poppy, launches today, along with her own line of six dreamy pastel polishes. Learn how she’s shaking up the nail industry, one manicure at a time, below.

Photo: Courtesy of Olive & June
What was your inspiration for creating The Poppy? Why did you think it was a necessary addition to the at-home mani market?

“We always knew we wanted to make polish, but we also wanted to make sure that people would truly use and enjoy it. How could we make it easier and better to do your own nails at home? How could we help make nails part of someone’s real beauty routine again? When we started talking to people about their issues with nails, the number one complaint was how hard it was to paint with your non-dominant hand. The Poppy was a light-bulb moment. While it takes about seven to eight times to get really skilled at painting with a traditional polish bottle, with The Poppy, you feel comfortable on your first try.”

In terms of design, what research did you do to create the ideal tool?

“We worked with industrial designers extensively in 2018 and went through many versions of The Poppy. We were very focused on both the experience as well as the ability to fit The Poppy on any polish bottle so that people could start using the nail polish they already own—not just ours. Once we narrowed it down, we sourced feedback from our community and polled women extensively around the country.”

What about the design makes an at-home mani easier?

“The Poppy’s round shape allows for a comfy grip, more control, and even, steady strokes, so it’s way easier to paint your own nails using both your dominant and non-dominant hand.”

How does The Poppy help prevent smudging?

“When I learned to paint my own nails, one of the most frustrating parts was messing up an already perfect nail! I really took this into consideration when developing The Poppy. When you hold an average polish brush, your hand is pretty scrunched up because of the size and shape. With The Poppy, you have a more relaxed grip and your fingers are far enough apart from one another, the brush, and your other hand so that you won’t accidentally dent or smudge a nail or three. We know that in helping [to teach] women how to paint their nails, we have to make this as easy as possible so that they feel confident on their first try.”