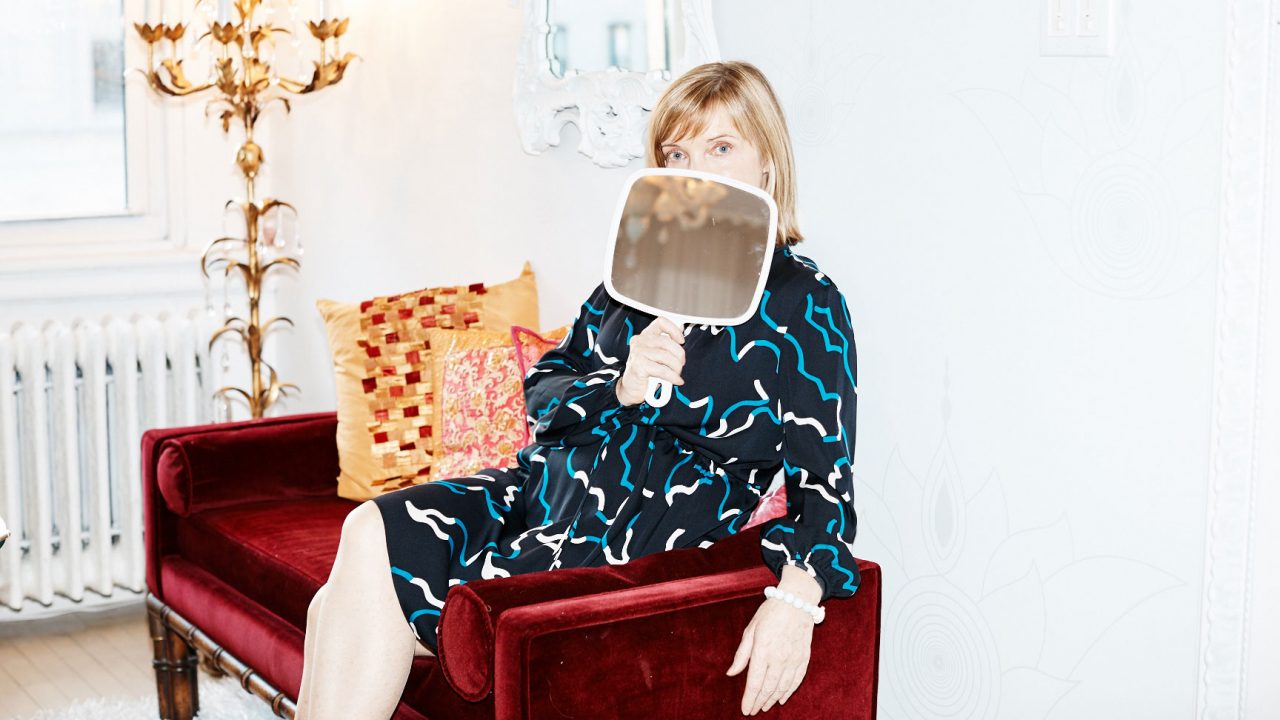 Tracie Martyn Doesn’t Want You to Get Plastic Surgery

From editorial makeup artist behind the scenes on Vogue covers with Annie Leibovitz, to doing makeup for a 15-year-old Naomi Campbell, to celebrity facialist to Kim Kardashian, Diane von Furstenberg, and Emma Stone (just to name a few), and founding a namesake all-natural product line, it would be an understatement to say that Tracie Martyn has had quite a career path.

But let’s back up a sec. The inspiration to start the Tracie Martyn brand came from Martyn and her husband slash business partner Marius Morariu’s idea that skin-care products and treatments could utilize natural and organic ingredients, while still being high-performance *and* luxurious. So their clients could avoid worrying about both chemical-laden products and their ineffective natural counterparts that were abundant at that time. It all fit perfectly together since Martyn had already found a loyal A-list following in her signature Resculpting Facial—which was becoming (and still is) their alternative to botox, fillers, and plastic surgery.

So when we got together with Martyn and Morariu at their Fifth Avenue salon, we had to chat all about their journey creating an organic line in a pre-Juice Press world, and of course, pry for some skin-care secrets from Martyn’s fountain of knowledge (and youth). We mean, if it’s good enough for Rihanna…. 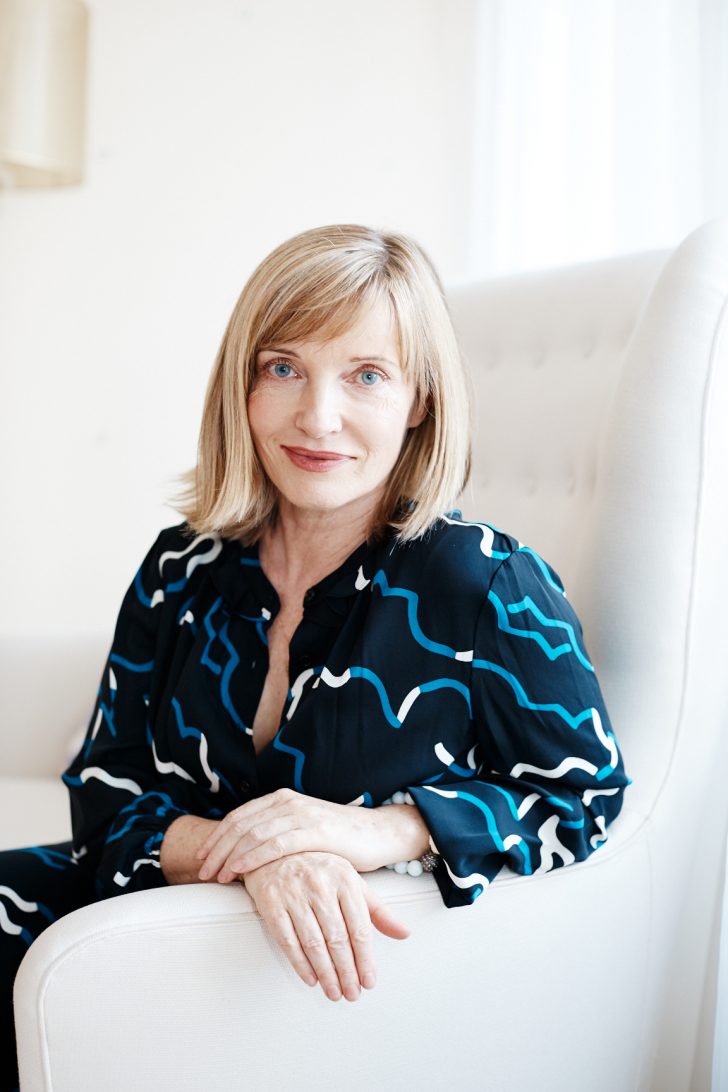 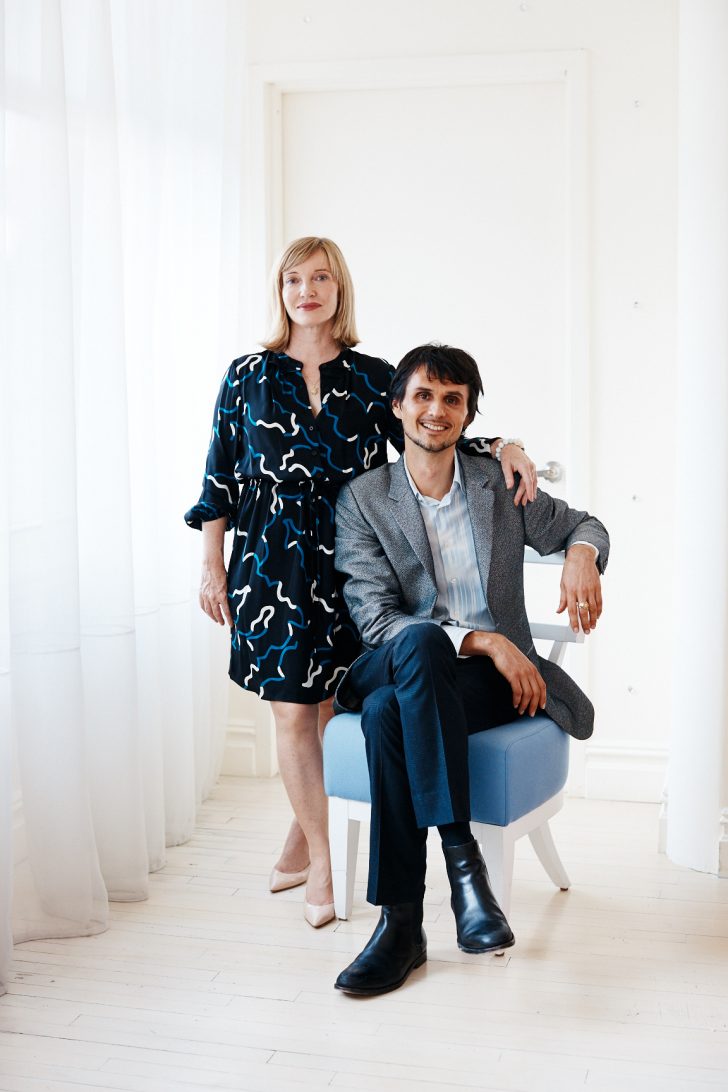 How she went from makeup artist to facialist:

“I always wanted to do something creative and when I was eighteen I was lucky enough to start doing makeup in London where Bow Wow Wow, Bob Geldof, and Elvis Costello used to go for haircuts, I became a self-taught makeup artist there. From there I started working with Tony McGee, Sam McKnight, and Mario Testino in Paris and London, so I got to know a lot of the supermodels during that time. I actually worked with Naomi [Campbell] when she was fifteen.

“After working all over Europe I moved to New York in the ’90s and started working with Annie Leibovitz for Vanity Fair and Vogue. I was doing makeup for people like David Bowie—it was an amazing time. I started doing at-home facials with the models. I worked on one of the girls from the Donna Karan show and Donna noticed a difference in her face. So I started treating her; after that I was featured in Vogue in 1999—Donna Karan told them it took ten years off her face and Diane von Furstenberg said she had canceled her plastic surgery appointment in favor of my facials.” 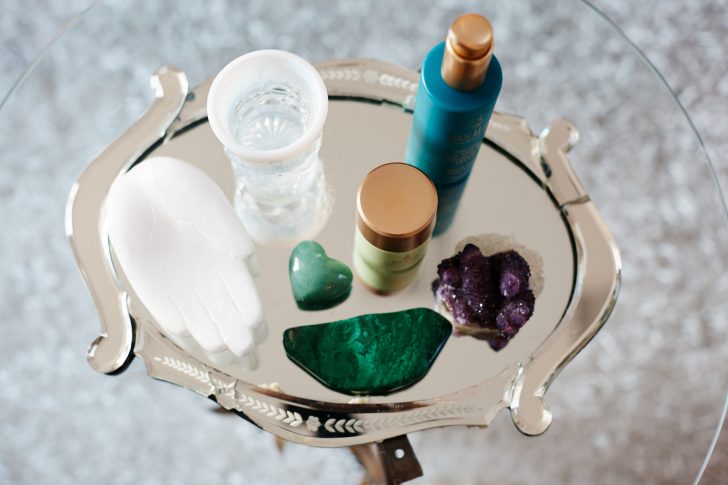 She eventually founded her natural line:

“I began using natural products on my clients after my partner Marius Morariu (who is also a holistic nutritionist and our natural product formulator now) informed me of all the chemicals in skin care and he wouldn’t let me use them. I started using a natural line from Australia, but it wasn’t effective. So Marius and I started to formulate our first product, the Firming Serum. We were the first brand to produce all-natural and anti-aging products. We were ahead of our time, but no one was really interested in covering it then, because it was too early for that movement; still the products did very well, because of how effective they are.”

“From my skin care line I would recommend the Firming Serum because it builds up the collagen. I'm also a big fan of the Resculpting Cream, which reduces redness, contains amazing ingredients including organic black currant oil, a source of vegan Omega 3, organic rosehip and organic jojoba seed oil, and is very lifting and firming. Even just using the Amla Purifying Cleanser, with turmeric (which is anti-inflammatory) and papaya enzymes (that remove dead skin) will clear up breakouts and make you look fresh.” 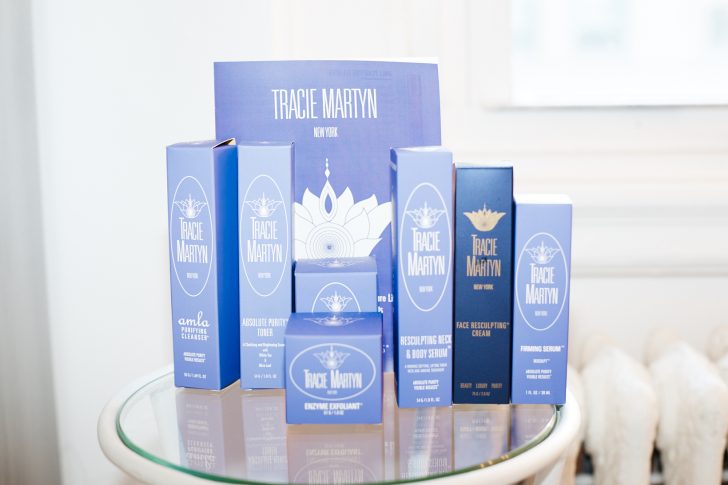 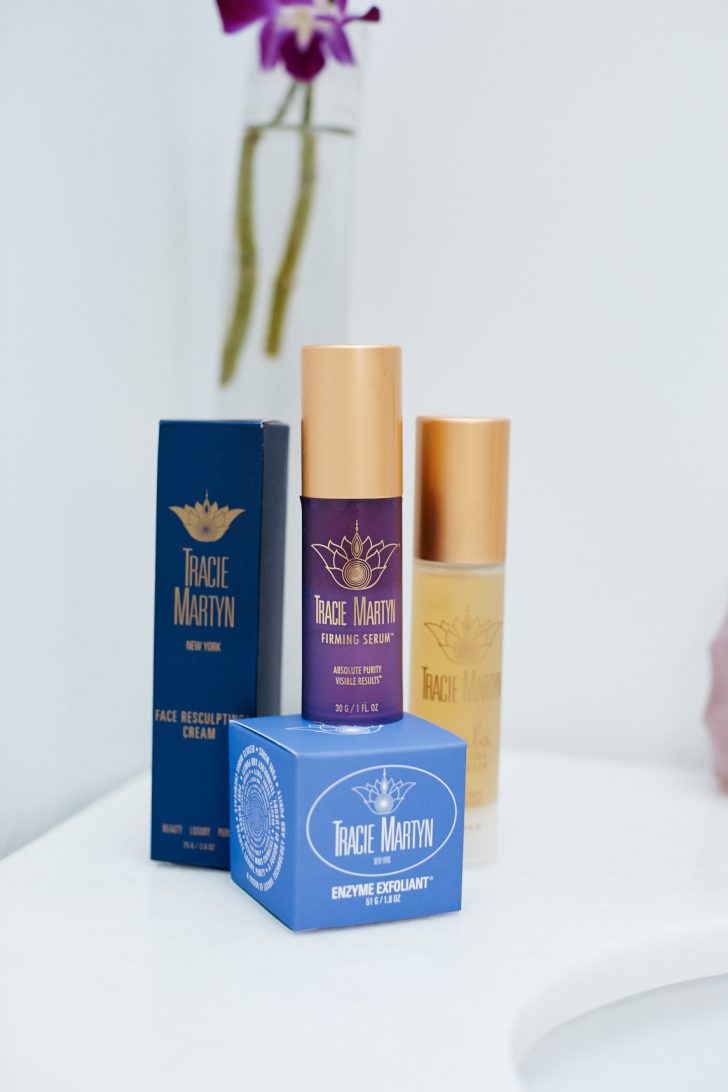 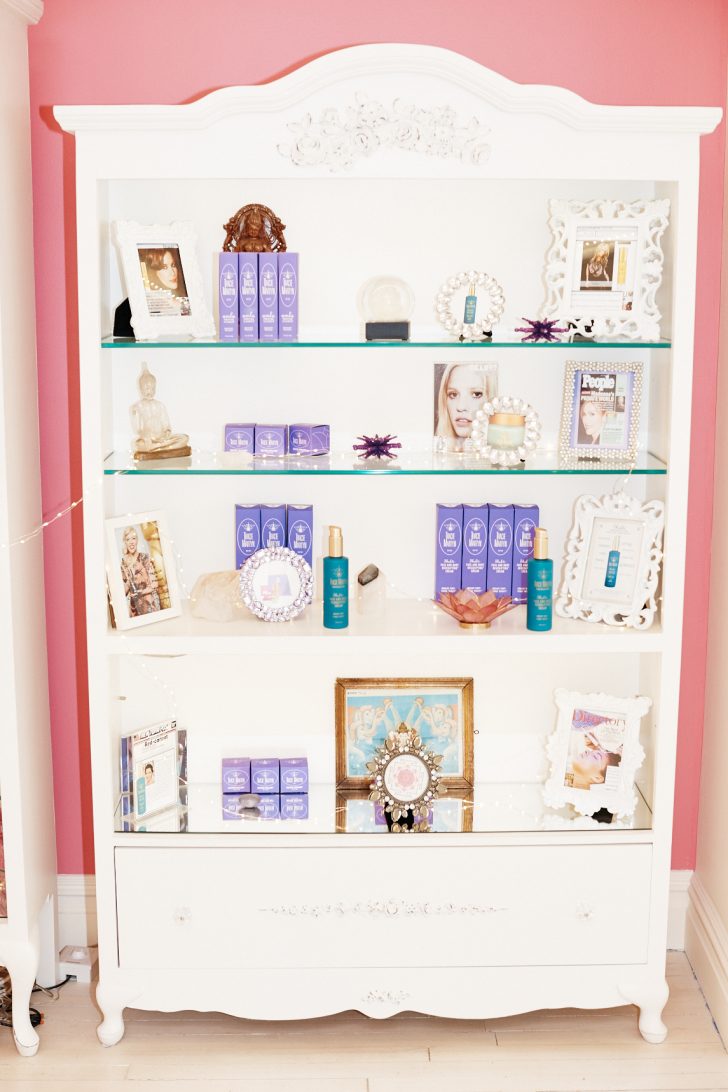 Her celebrity clientele (plus the treatments they rely on):

“Clients like Diane von Furstenberg, who I have had the pleasure to work with for two decades, come in weekly for a facial. Before the Oscars my clients come up to three times within 10 days, including the day before for my trademarked Red Carpet Facial—including Meryl Streep, Kate Winslet, Sofia Vergara, Patricia Arquette, and Jennifer Jason Leigh. During Fashion Week we work with Tory Burch, Riccardo Tisci, Nicolas Ghesquière, Brandon Maxwell, and other amazing designers before their shows. Naomi Campbell comes all the time and a lot of young models, including many Victoria’s Secret models, because they look so glowy and sculpted immediately after so they can go straight to their go-sees.

“I’ve also been lucky to work with huge influencers like Rihanna and Oprah Winfrey, as well as heads of states. I’m always inspired and happy to work with anyone who’s bringing in more for the higher good of the planet.”

How she preps clients for the red carpet cameras:

“I start with microdermabrasion, crystal-free, works with a diamond tip, followed by my proprietary Resculptor machine to firm around the jawline and eyes for an immediate lift, it’s very effective and relaxing. My treatments and skin care are synergistic, so using the Enzyme Exfoliant helps with dark spots and brightens the skin. We also use the Amber LED Light treatment, proven effective against wrinkles and to build up the collagen in the skin.” 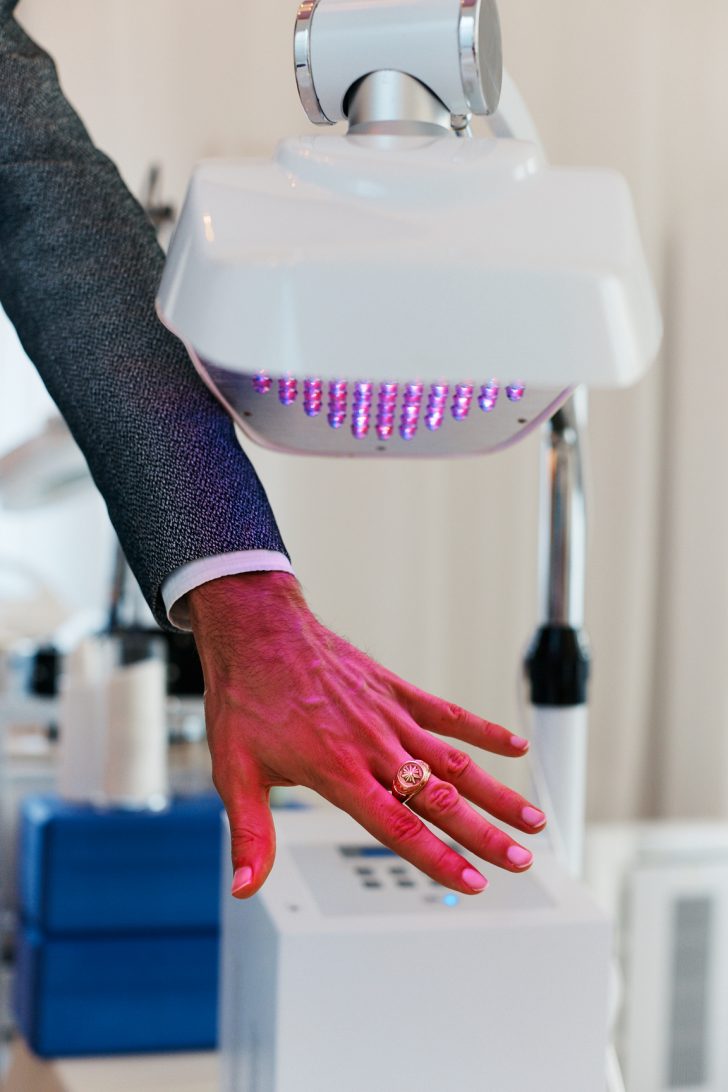 What she tells clients to take (and avoid):

“I recommend supplements like L-lysine (for breakouts and rashes), vitamin C, vitamin B complex, turmeric and Amla berry. Most of the ingredients in our product line are also nutraceuticals. You build healthy skin from the inside out—if clients eat lots of chocolate and too many nuts, that can create breakouts and rashes in the skin. If you want to build up healthy skin you have to follow a clean diet, with green juices, a lot of water, vitamins; it really makes a big difference.

“Avoid using soap because it’s too alkaline and the skin pH is slightly acidic, and also the average cleanser contains a lot of sulfates and detergents that dry skin out. It’s important to use a natural cleanser.”

Why now is the right time for Tracie Martyn skin care:

“We want to bring the knowledge of the east and west together—we are finding out why certain ingredients from thousands of years ago that were used in Chinese medicine actually work. It’s an interesting bridge because you need technology to harness this power of nature and make it work, and now there’s an audience for it. When we first started the line it wasn’t in fashion to do any of this. Tracie actually made it more chic by telling the models to do it, she’s a real pioneer and an advocate in this movement and now look at what happened with Juice Press and SoulCycle—it’s truly a wellness revolution. Now the audience is truly there and they finally care; we use turmeric or the supernutrient Alma berry, which is full of vitamin C. We are bringing technology together with nature in an effective way for a fashionable audience.” —Marius Morariu

Everything You’ve Ever Wanted to Know About Tuning-Fork Facials
I Wanted Crazy-Glowy Skin This Winter, So I Got a CBD Facial
How to Use a Jade Roller