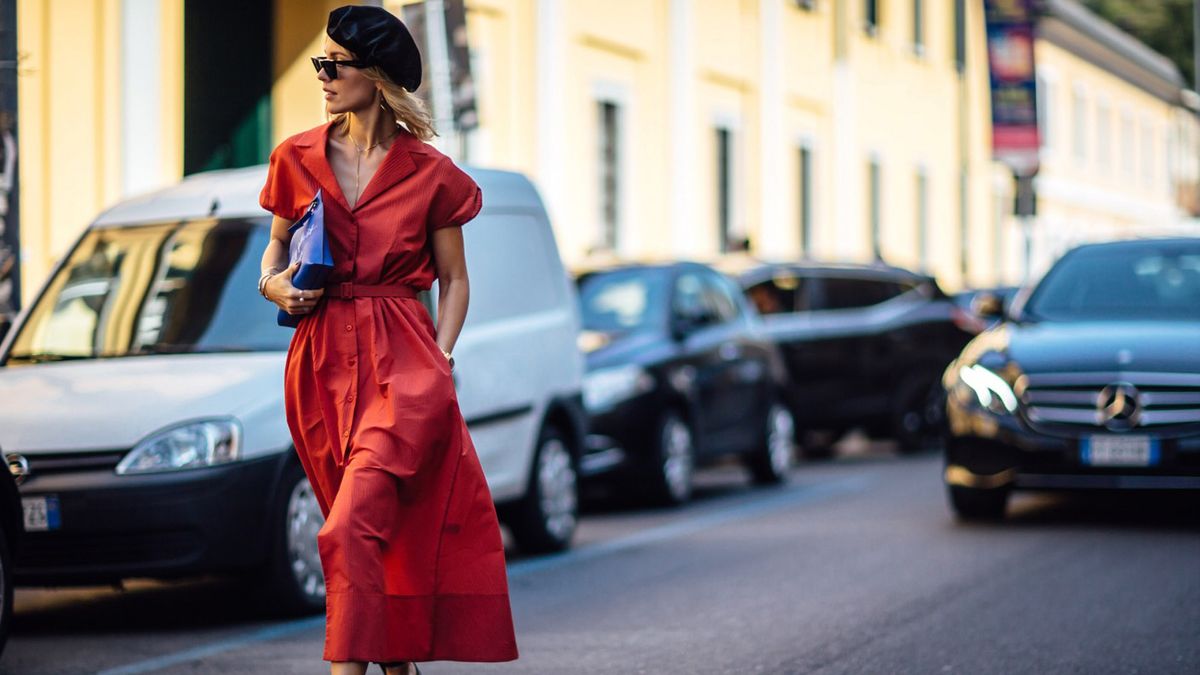 14 Successful Women on the Age They Found the Hardest

The answers may surprise you.

Hannah Baxter
Paige Campbell Linden
Correct me if I’m wrong, but women don’t exactly love to reveal their age. As liberated, enlightened, and powerful as we may feel (although I can speak only for myself), it’s still tough to get a woman over 30 to shout how old she is from the rooftops, metaphorically speaking. I’m staring down the barrel of 30 soon myself, and as brutally hard as my twenties have been at times, I still feel a little bit iffy about charging into my *fourth* decade of life. Many of you are slightly, if not significantly, older than this, and are probably in the midst of a fantastic eye-roll right about now, but the sentiment remains the same: Getting older is scary, because it’s unknown, and it usually involves more fine lines and the cruel effects of gravity.

Despite the negative connotations of aging, you can’t deny that there’s a whole lot of wisdom to be had once the candles on your birthday cake reach fire-hazard levels. Just think back to all the embarrassing beauty, fashion, and relationship decisions you’ve made over the course of your life. (Please join me in a collective *yikes!*) So, to continue to celebrate International Women’s Day, we decided to ask 14 of the most brilliant and successful women we know—many of whom are Coveteur alums—to see what age they found the hardest, in order to feel a bit better about the fact that, no matter what, life really does go on.

Chief Merchant of The Real Real

“To me, it’s less about age and more about what’s happening in your life at a particular point. In my late twenties, I was in-between careers and trying to figure out my next move, and I remember feeling like I had lost my focus. Any time you’re at a crossroads about an important part of your life, it can be challenging, but also extra rewarding when you find your path.”

“I have never found age to be a problem. As a dietitian, age means more wisdom and experience. I continue to give talks, and no one asks my age. As a model, I aged with the industry. When they wanted me as mother-of-the-bride at 28, no problem. It’s a job, and they still wanted me. For a grandmother cover at 42, also no problem; it was a job, and they still wanted me. Now, with a major birthday next month, 70 is the new 18. I’m working more than ever. Age is good.”

“Believe it or not, 21 was hard for me. My face was wrinkle-free and my booty hadn’t seen the signs of gravity yet, but internally I was full of uncertainty. Unsure of my professional future, unclear on my life’s purpose, and stuck in a city that didn’t fulfill me…where I felt trapped. Luckily, I paid attention to those pangs, and because of the emptiness and the itch for ‘more,’ I moved to Los Angeles for the first time. Taking that initial leap from the Heartland to Hollywood was the first step towards many that brought me to where I am today.”

“My mid-40s were the hardest. I had sold my business...felt I lost my identity. I had cancer.”

“I try not to think too much about my age. (Frankly, it usually takes me a second or two to remember exactly how old I am in the first place.) That said, this year—I’m 35 (triple-checked that one)—has been the hardest, no question. Starting your own company is exhilarating and fulfilling and easily one of the best decisions I’ve ever made, but it’s also terrifying and exhausting: I don’t think I’ve ever asked more people for more things in my life (or felt more indebted and grateful when they’ve given them to me). But the upside to this is I’m pretty sure every other year of my life has felt, at least at some point, like it was the hardest, and yet, looking back, I love them all*. Which makes me think that it’s not just possible, but very likely that I’m going to wake up one morning two, five, or twenty-five years from now and remember these sleepless nights and long-ass days and say to myself, ‘Man, 34 was the best!’

“The 50s have been my hardest years. In my 20s, I felt lucky to just [be] doing what I love, so while there were challenges, I was happy and satisfied. In my 50s, I moved to a new city and left New York, where I had been for 23 years, married my second husband, and started another business—Joanna Czech Dallas. I am actually a shy person at heart, and this world of technology is not natural for me, so what used to seem simple has now been complicated by social media and smartphones and the pressure to create authentic content and gain fans and followers through these channels. It feels like I am working 24/7.”

“I’m one of those people that started fancying myself a grown-up at a very early age. So actually growing older has been an interesting adventure—from blossoming 20s to unstoppable 30s and now into my 40s, which are a bit like immerse-me-ness. Only being a teenager was difficult, as living under other [people’s] rules was not for me. But more than anything, being a female that age, with the very hazy and often oppressive guidelines for how one should behave, dress, communicate, what girls should like and do, it was an arduous path to plot. I fortunately have an amazing mother who tried her best to make me feel empowered by my femininity, and to find strength in it, as well as to fearlessly follow my dreams. So once I started to live on my terms, in college, I let those fears and constraints dissolve into the past.”

“My early 20s were the toughest years for me. I was still trying to work out which career direction I wanted to take, and I thought I needed to work everything out then and there. Naturally, with time, I have realized that you never really have it all worked out, but that’s OK, as it makes the ride all the more interesting and unpredictable.”

“I can’t say my challenging times were related to age, except in how I dealt with them due to experience and self-knowledge, but I did start worrying about being 40 when I was 38. Now that I’m well over that (in age and concept), I’ve learned that age has little to do with happiness. My recipe is to do only what I’m passionate about, keep a practice, and don’t panic.”

“There never was just the one age that was the hardest for me. Many times through several ages were difficult. Being young had its moments, just as being old has had its moments. No one said life was easy, that is for sure.”

“Truthfully, I have never associated a hard period of my life with an age necessarily. For me, it hasn’t been about age, but about circumstances in my life. When I was about 30 years old, I was in the thick of the formulation process for the brand. It was a very challenging time; I was stuck in labs, not knowing if this vision I had for a company was even possible. To formulate and make a product that was exactly the vision I had in my mind without compromising whatsoever. I didn’t know what the future would hold and whether it would pay off; there was a lot of uncertainty.”

“Challenges have come at every age, but halfway into my 40s I realize I’m just better equipped to handle them. Twenty-eight stands out as a tough age. I was well out of college, but still had no real career direction. Still financially and emotionally dependent on my parents and deep enough into therapy to know I was behind in my emotional maturity and suffering from mental illness, but not deep enough in to have solutions. That said, every challenge I had made me who I am today, and I’ve been told I’m not half-bad.”

“The first few years are hard. REALLY HARD!! There is ZERO instant gratification. Fortunately I now know that instant gratification will only get you stoned, drunk, or pregnant. There is only hustle and a smile. Fortunately, this extremely hard time is where you develop true self-worth. It’s when you realize you must be your own best friend. It’s when you learn that NO is a motivator and not a debilitator. That time of ‘hustle creativity’ is when you build your armor to go into the real battle. It’s like walking through the forest in pitch-black darkness, but all of your other senses are awakened, and then FINALLY the sun starts to peep through the branches. Success is hard no matter what, but a strong foundation of self-worth will get you through every career hardship you ever imagined.”

“Thirty was definitely the worst year for me. I broke up with my boyfriend of 10 years, and my career was at a down point. I was bartending at a horrible place on 57th Street, where I had to wash all of the glasses for the entire restaurant behind the bar, and the average customer was 75 years old; it was very depressing.”

Everything You Need to Do to Build Your Personal Brand
A Cannabis Candle Turned This Side Hustle into a Full-Time Career
4 Editors Tried Out Genetic Testing, and the Results Were Not What We Expected
International Women’s Day
More From the series Living