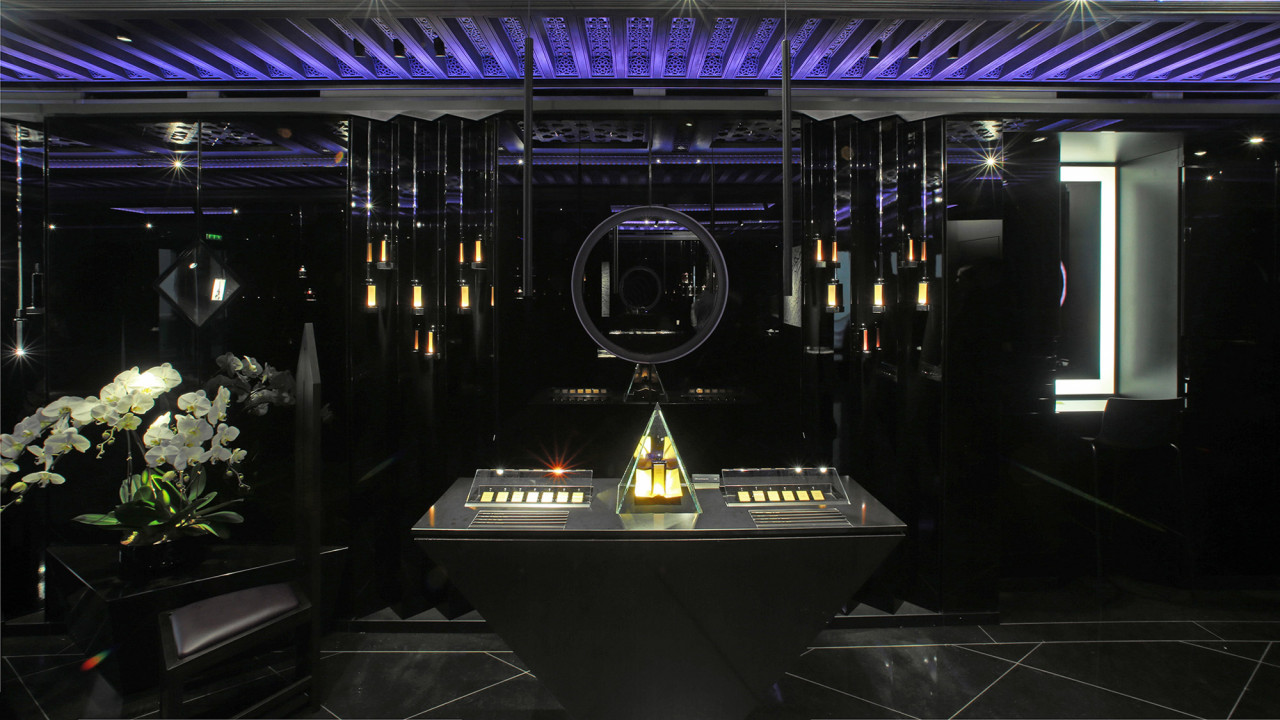 The perfumer had the ceilings hand carved in Morocco. Casual.

More than 25 years ago legendary (and ultra-private) Moroccan-based perfumer Serge Lutens opened his first eponymous store in Paris’s Palais Royale. Tucked away the shop became a go-to for those in the know—both visiting and living in Paris. Since then the Serge Lutens brand has grown a cult-like following and also recently launched beauty. To kick off an expansion that includes a new e-commerce website and a rollout of new stores over the next five years, the brand unveiled its newest crown jewel, a space smack in the middle of the oh-so-chic Rue Saint Honoré in Paris’s first arrondissement.

The new boutique carries over some elements from the original but there are stark contrasts as well. “Les salons du Palais Royal"—a perfumery designed like a teahouse, nestled in the cloistered surroundings of the historic Palais Royal. It wasn’t the crowded place it is today” Lutens explains. “It was a great spot to stroll, where the shops pulled down their iron shutters at 4 p.m., hoping they’d never have to raise them again! It allowed me to think about luxury in a new way, focusing on perfume. The Palais Royal and its history, deeply marked by the period of the French Revolution that followed the Terror—the Directory— influenced the way I conceived the decor of this first boutique.” 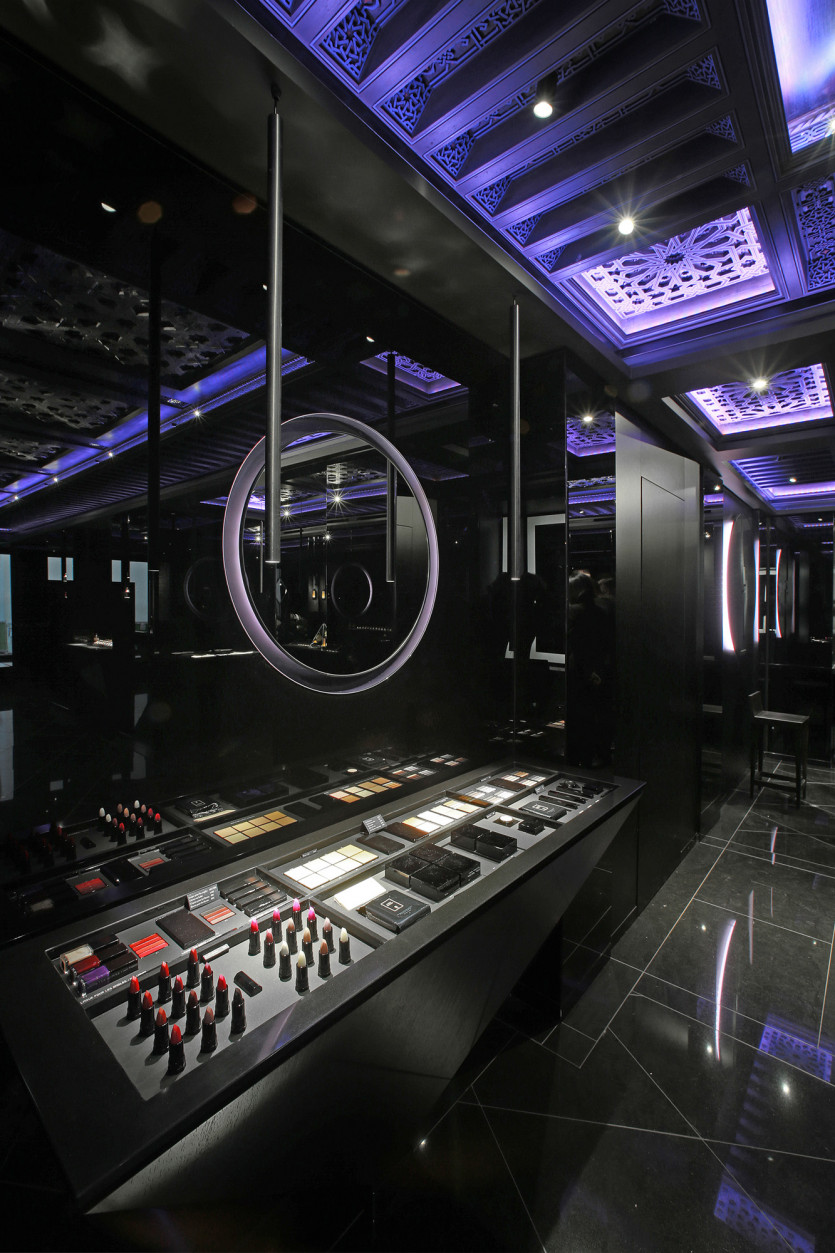 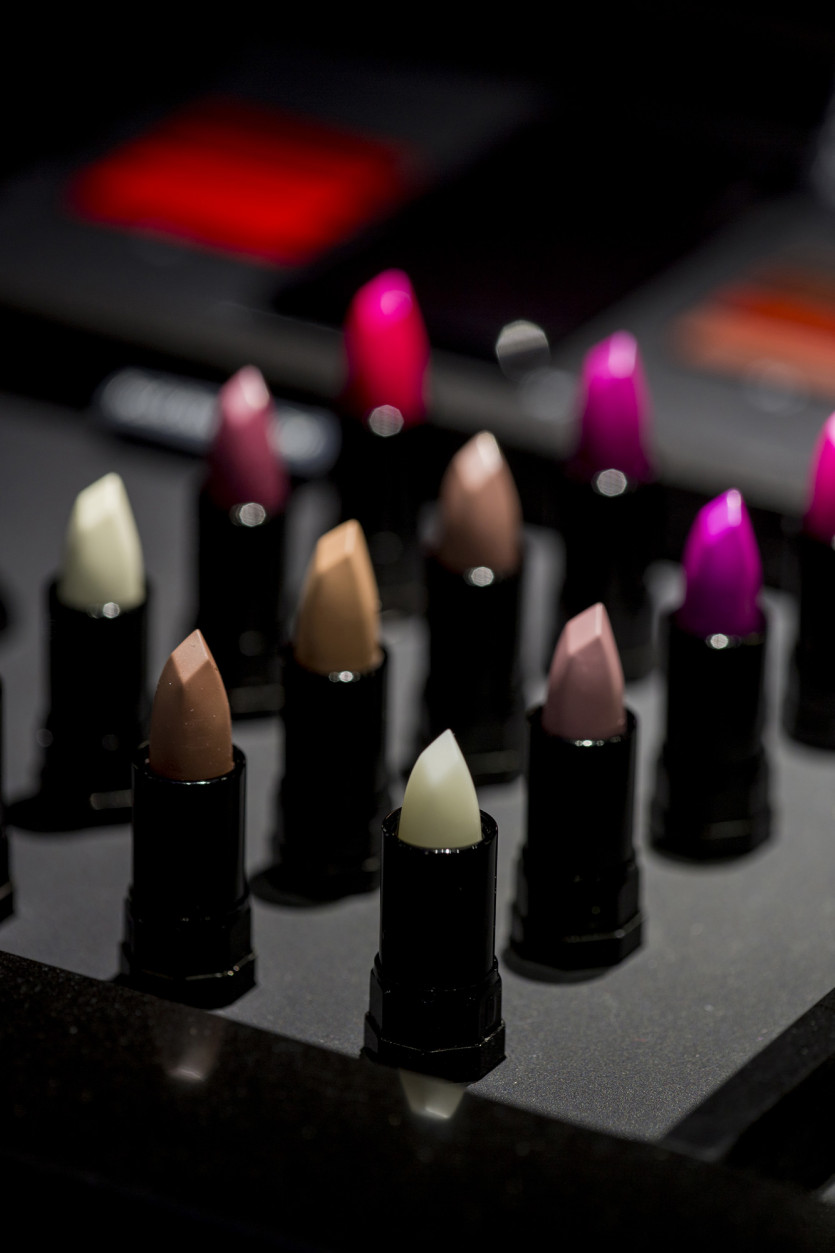 History plays less of a part in the inspiration behind the new store, as Lutens tells us, “Meanwhile, our second establishment in Paris, on rue St Honoré, is much more influenced by different life experiences—what one might call the Serge Lutens kaleidoscope: the ceilings I designed were made in Morocco; the counters are worked like household altars—religious descendants of those seen or glimpsed in the churches and basilicas of my childhood. The order and style of the lacquerware is based on a certain rigueur and a haute couture spirit that defies categorization.” The boutique creates an atmosphere that is a stark contrast to the other shops on the street. It feels unique, warm and inviting, as opposed to the large cold flagships of other brands in the area.

When talking to the designer about his process of working with the craftspeople of Morocco, the process was actually much more simple than we expected. “The process, if there is one, is based on the trust or rather the faith that my nature places in the craftsman, as part of my desire to get the best out of him and the least bad out of myself," Lutens says of the process. “My patience and generosity are equal to my ambition, and must in a way pollinate the craftsman. The smile, the gestures—which are very important since we do not speak the same language—and criticism wrapped in seduction were essential to this work.” Just as simple, his philosophy of how he wants his customers to feel when they enter his store, “Let’s say that curiosity makes its entrance and the relative certainty that it places a little confidence in ourselves leads to another state of mind—a feeling of assurance that’s sprinkled over Paris.” We left feeling confident and smelling absolutely divine.

Scroll down for images of the new Saint Honoré boutique.