There’s a lazy-freakin’-Susan in the middle of her new SoHo convenience store.

A new all-natural bodega, The Goods Mart, just opened its second location in New York City last fall. Think Whole Foods meets 7-Eleven, filled with the natural, healthy alternatives of all the staples New Yorkers need from their local mart: chips, soda, toilet paper, candy, and cheap coffee. Pre-boiled eggs. Tampons. Condoms. Sandwiches. For the health-conscious yet insanely busy fashion crowd on Lafayette Street in SoHo or the cool Los Angelenos who stop in the first location in Silverlake, The Goods Mart is the “no duh” shop that will quickly become a daily must-visit.

The shop is the brainchild of Rachel Krupa, a publicist and founder of Krupa Consulting, her 12-person agency that reps around 40 brands of a similar eco-friendly and health-conscious ilk. For as long as we’ve known Krupa (which must be nearing a decade), she’s been incredibly busy and high-energy—in fact, this writer assumed the entrepreneur had already hit her max. So when we heard she was opening her own store, all we could think was, How on earth do you have time to do this? But, as she tells us, the secret is the first step: Just talk about it. A lot.

Read on for more of Krupa’s wisdom about launching your second or even your first business. 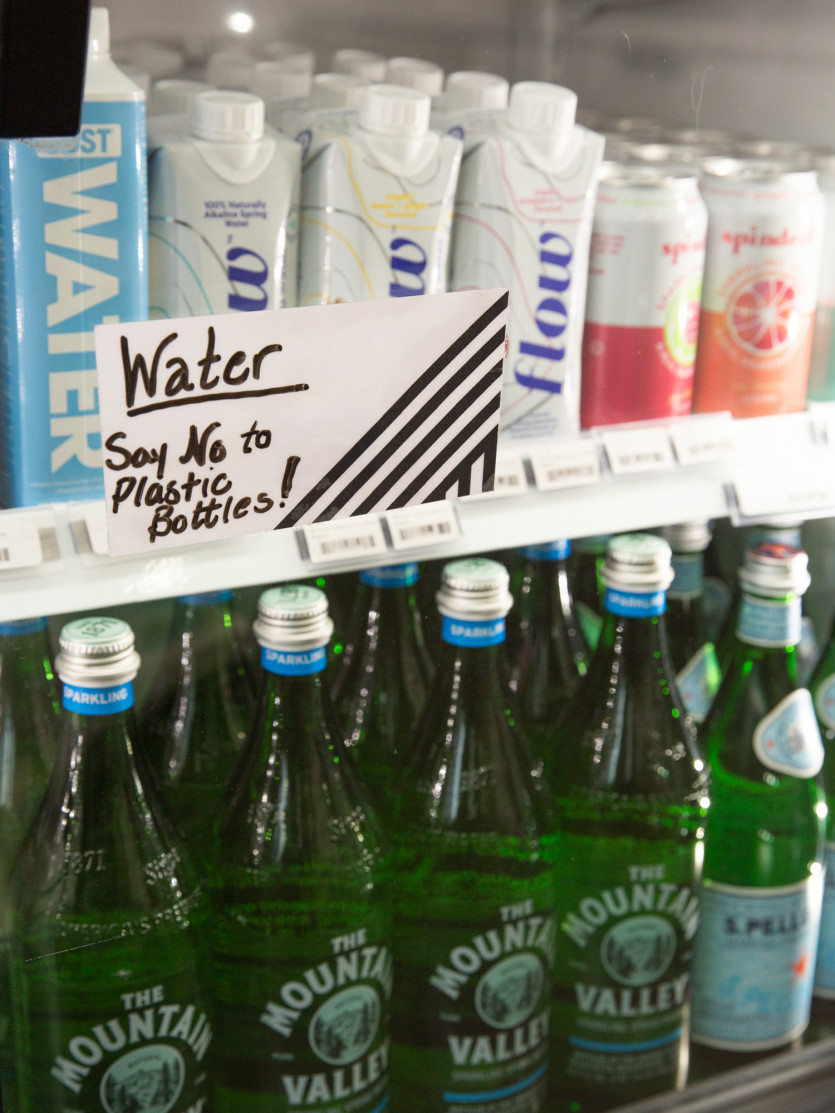 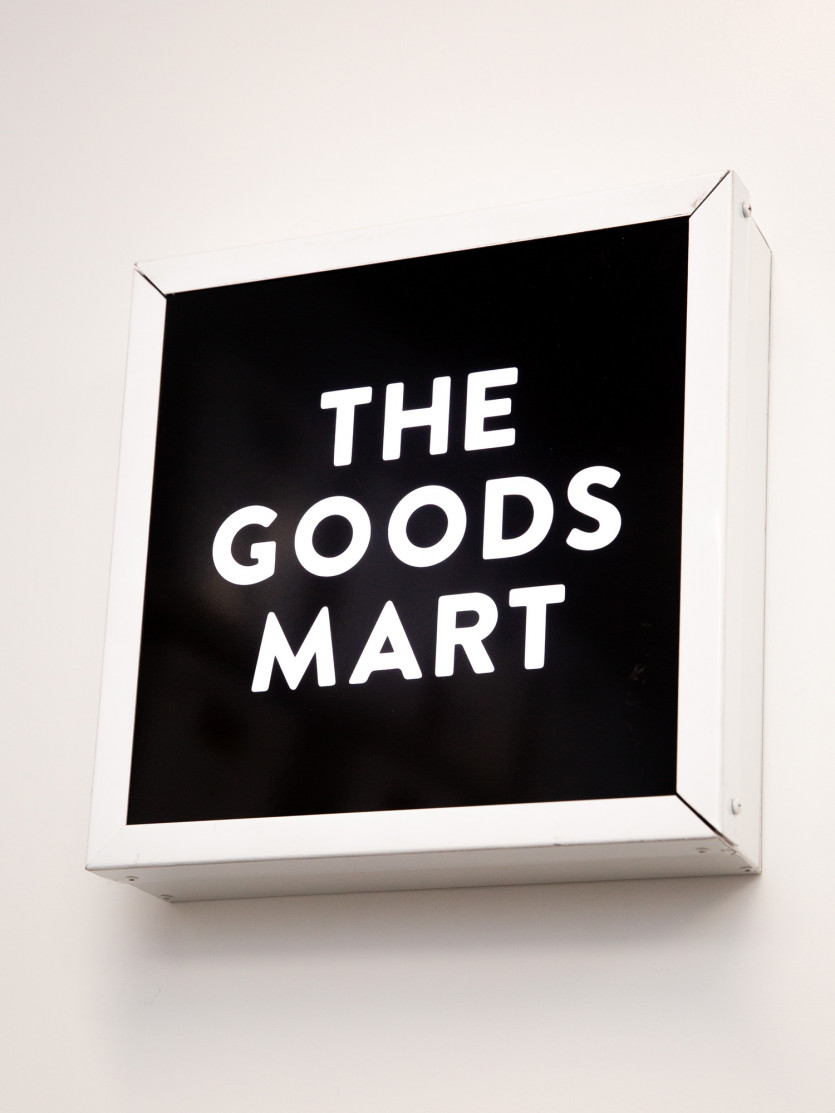 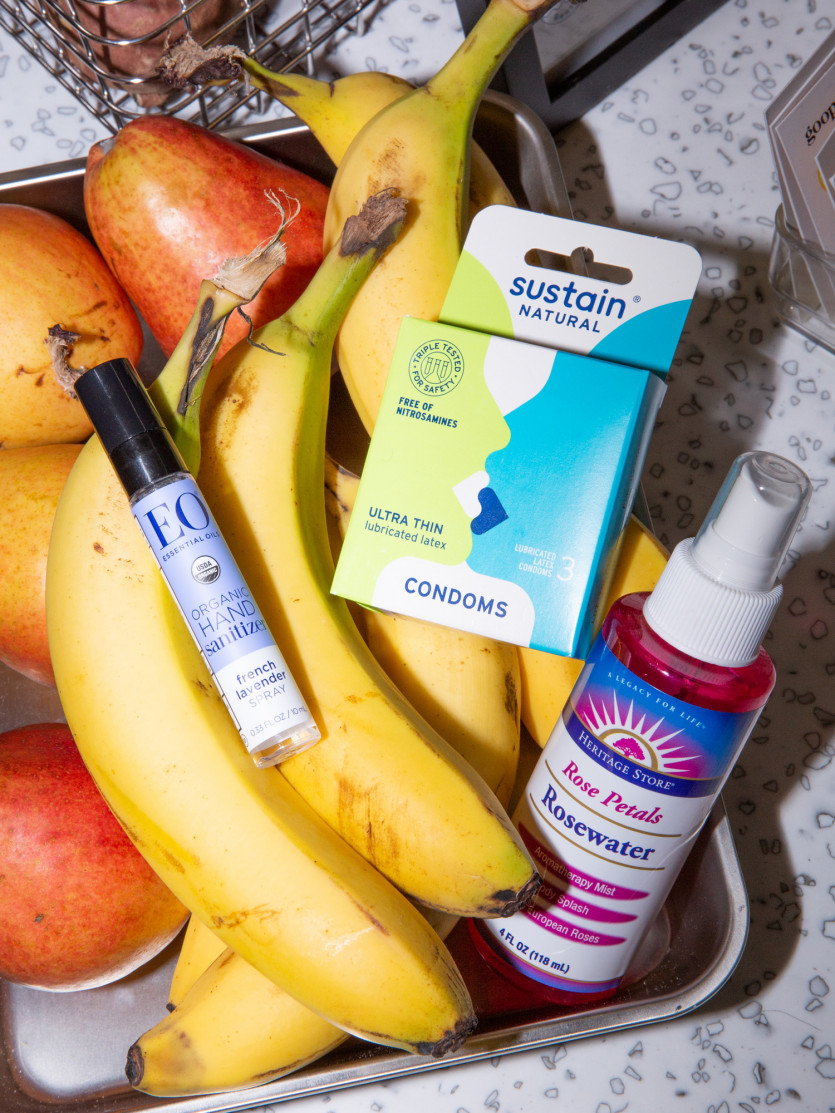 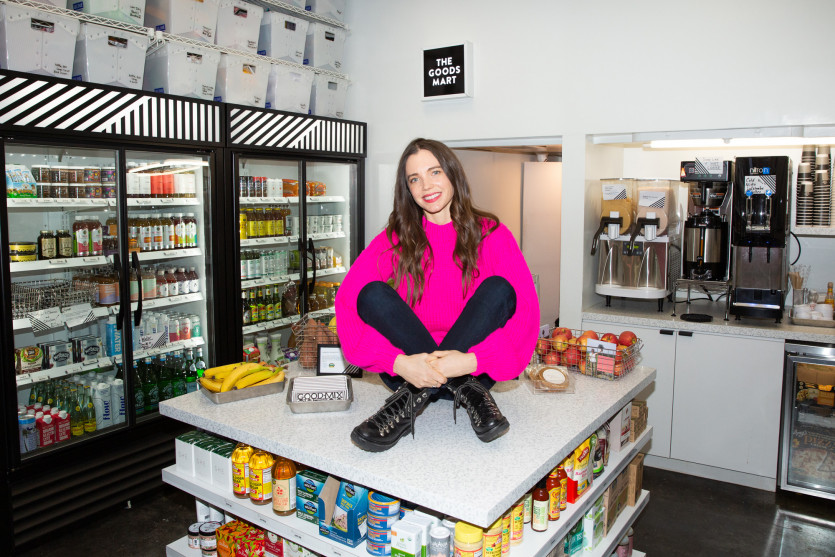 When was your eureka moment for The Goods Mart?

“I came from a small town with a population of 1,200, so I know the roots of that corner store, that need to be part of a community, and that energy that happens in a small town. When you get to a larger city like New York or Los Angeles, you kind of lose that. Grocery shopping and bodegas become a little less friendly and a little more transactional. And I think it was also my PR career: helping build out and launch nightclubs and restaurants and celebrity-driven events. With the restaurants, I read this book called The Clean Plates that was basically a Zagat guide for restaurants that were local, organic, and sustainable. The first few chapters of that book were so eye-opening. Why were we working with brands that aren’t bettering the world? So that was the pivot with the PR agency. We started launching amazing brands like Barnana, that uses ugly bananas to make an amazing product and upcycling. It was not necessarily that aha moment of having a brilliant idea, but more of like “Why isn’t anyone doing this?” There are so many amazing products out there that are a better option of what we love.”

How many different brands do you have in there?

“At Silverlake, we have over 400. In New York, we have over 250. The coolest part is that we’re accepting EBT, so we’re not only getting the people that you think are buying natural or organically.”

How did you get the balls to start a second company?

“I’m a believer in that if you tell someone, it’ll happen. I was going around telling people, “Oh, I’m going to open this better version of a 7-Eleven! What are your thoughts?” and people were like, “Oh, that’s cool, you should do it!” So if you talk about a dream to enough people, at the end of the day, are you going to be a doer or are you going to be a talker? For me, it’s a matter of me not thinking of consequences immediately, I think about what the overall picture will be. I jump in knowing that at least I tried and I’m going to give it my all, versus being scared and timidly going into something.” 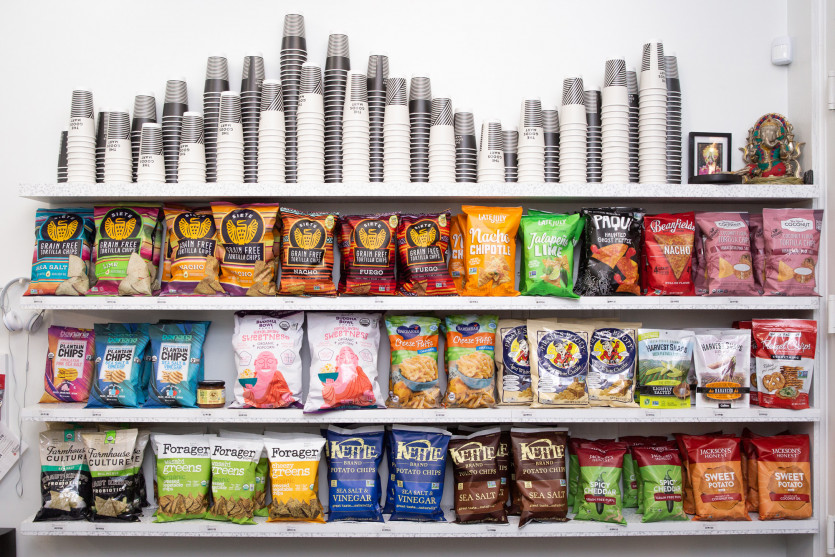 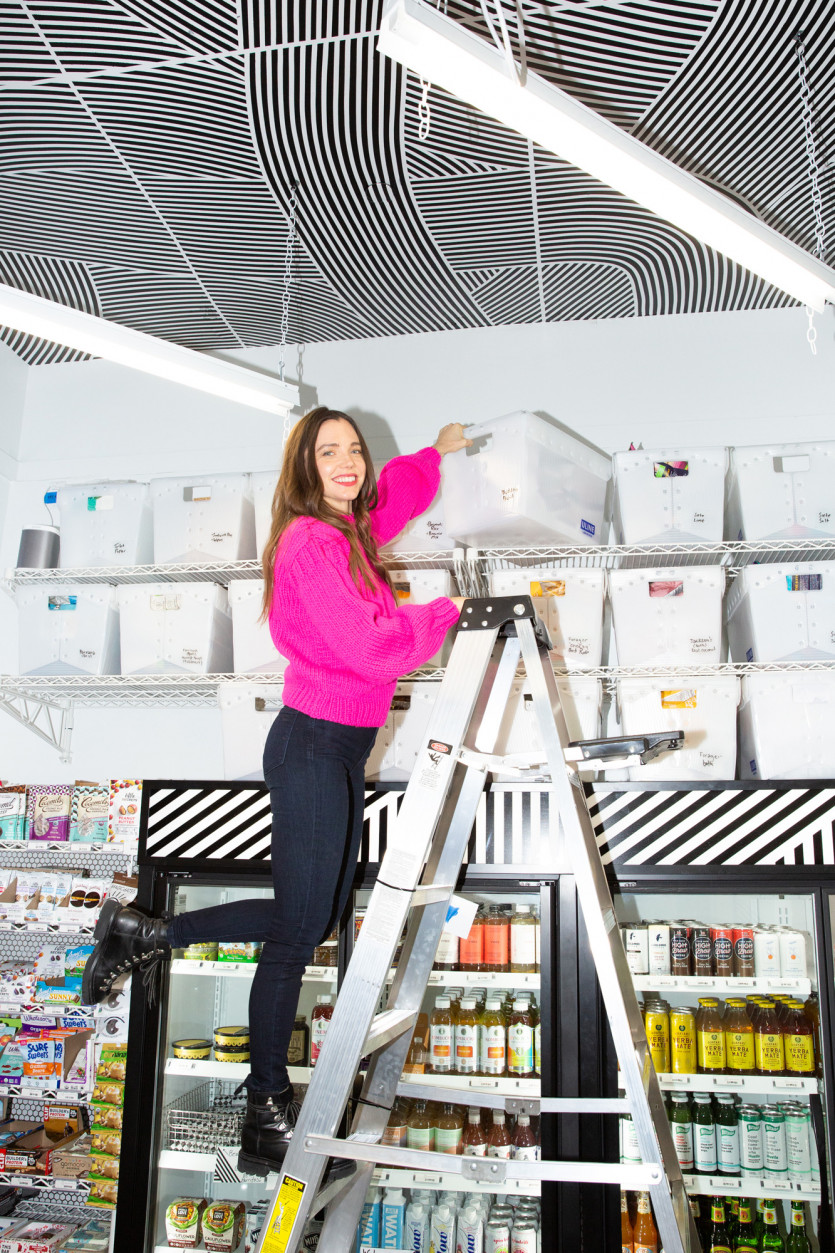 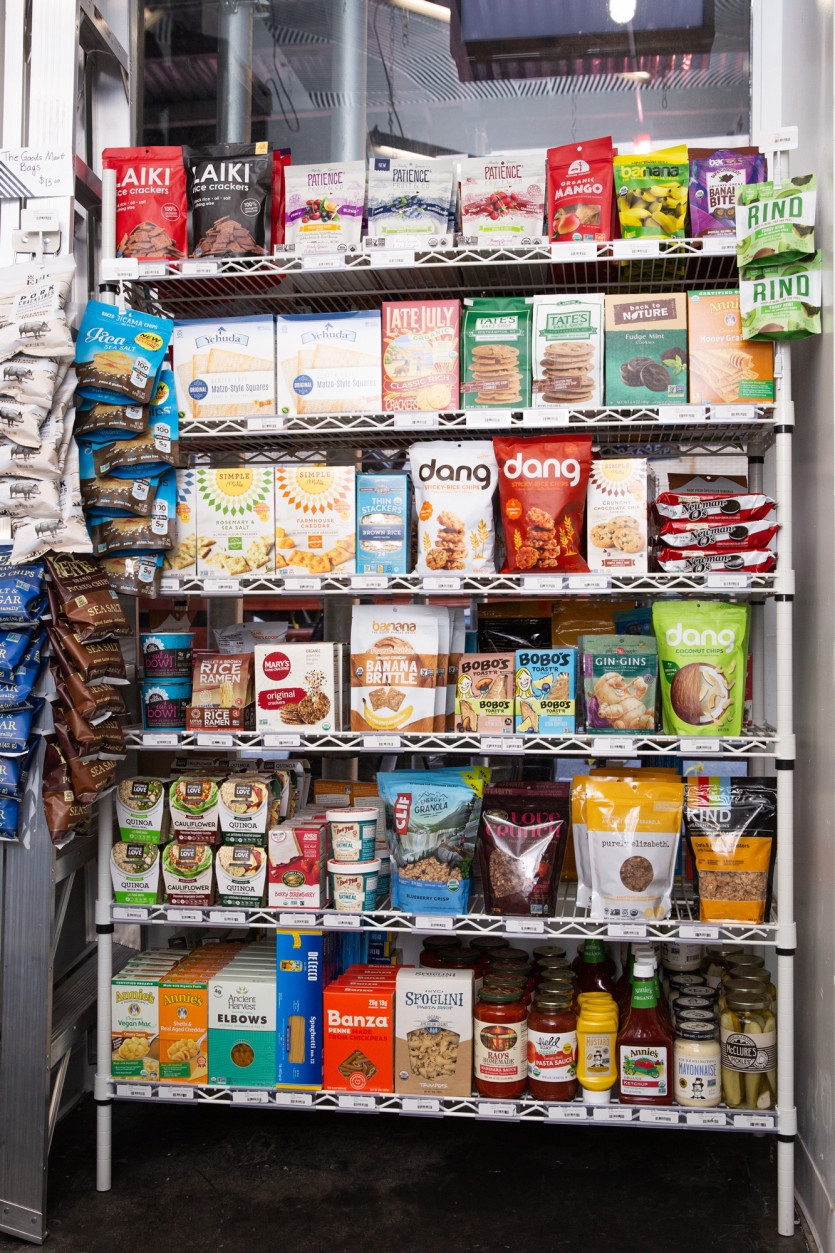 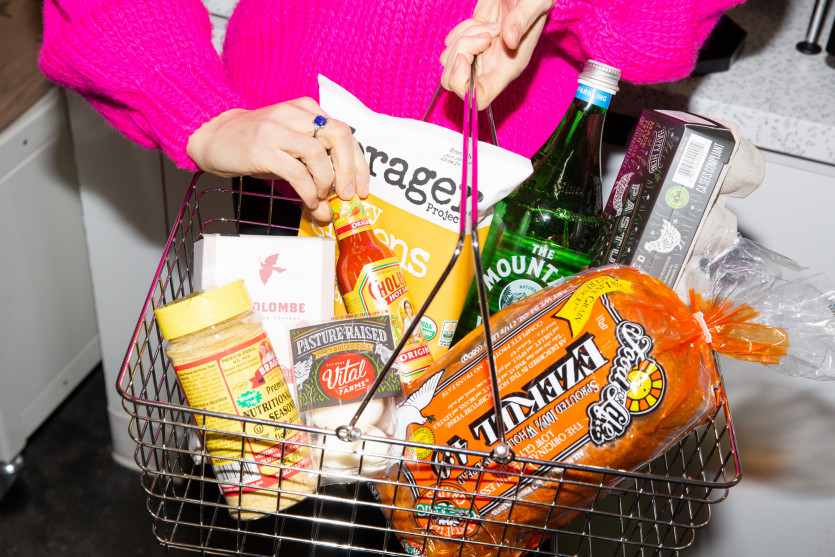 How are the two companies similar?

“We’re dealing with packaged goods. We’re looking to build brands, we’re looking to educate people on the best new products they should be eating. And they’re complementary because we’re able to tell clients firsthand what people are saying about their products. You can see trends sooner. For example, our two-dollar cup of coffee. I wanted a drip coffee in a 12 oz. cup. But then I found a really cute 8 oz. cup. We only ordered 1,000 of them, yet they were the first cups to sell out, because from the reverse side, people don’t want everything in large sizes anymore.”

What are things you ran into that you never expected to run into?

“I remember vividly sitting down with a friend who has a very successful PR agency, and I was like, “How do you know you’re doing it right?” and he was like, “I’m going to tell you a secret everyone knows but no one ever talks about. No one ever 100-percent knows what they’re doing is right, you gotta go with it. There are two things that could happen; it’s either going to work or not work. But you’re still going to learn from that failure and make it work the second time.” So I think it’s not looking at something as positive or negative, but looking at something as two positives.”

“To continue to build. The goal is to have 20 locations within the next three years. More in New York and Los Angeles. I want something in Detroit, where I’m from. Nashville. Somewhere that needs that sense of community. I would love to put one in my hometown. I mean, imagine that!”

Any other life lessons you’ve learned from this experience?

“I’m always in the store. When you’re opening a business, you should know every role of the company, because you never know. If someone calls out sick, I can open the store, I can run it, I know where everything is. That’s the biggest thing. You’re going to have more insight into your business if you’re actually there doing the work. You should also trust your team and know that they have the best interest of the company in mind, too. And give them roles and responsibilities to help. There’s no way I would be able to do both The Goods and Krupa without my team. It’s instilling in them that mantra of ‘you’ve got this’ and supporting them so they grow within the company as well.” 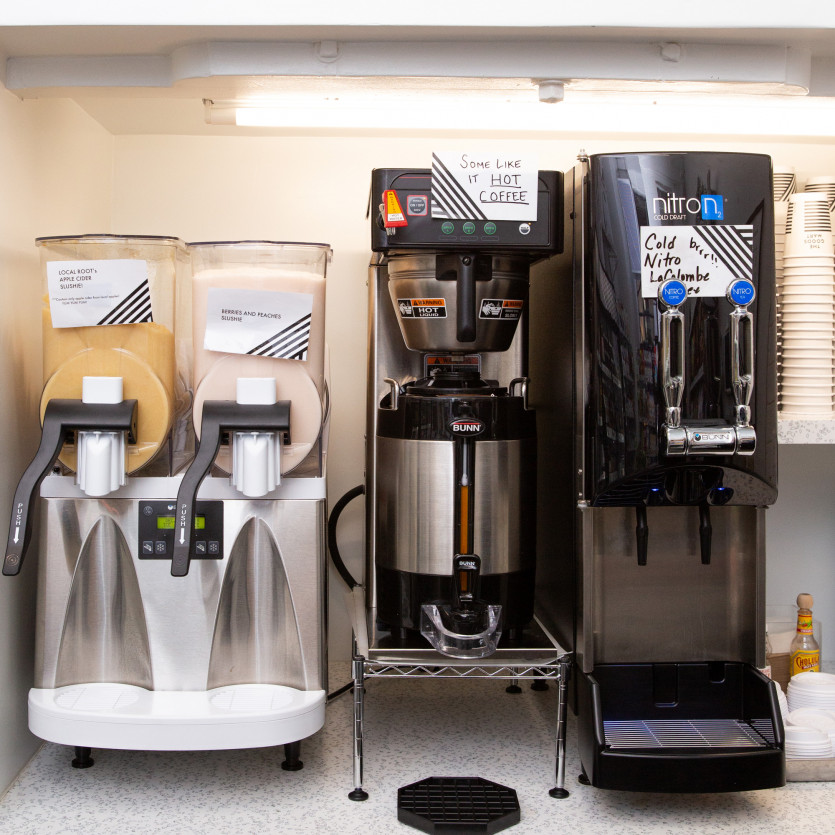 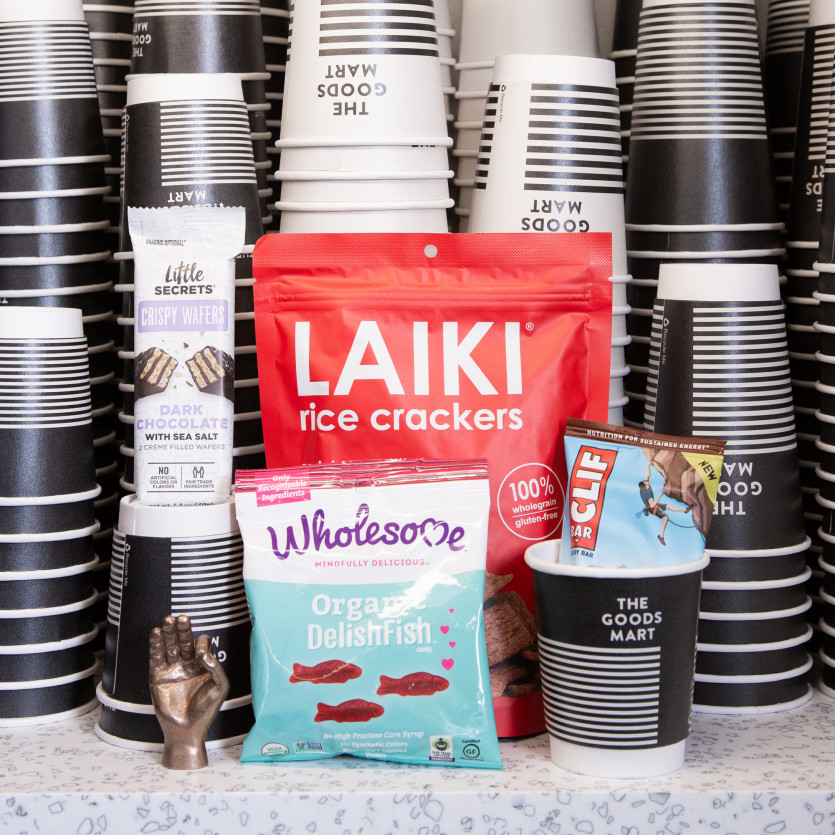 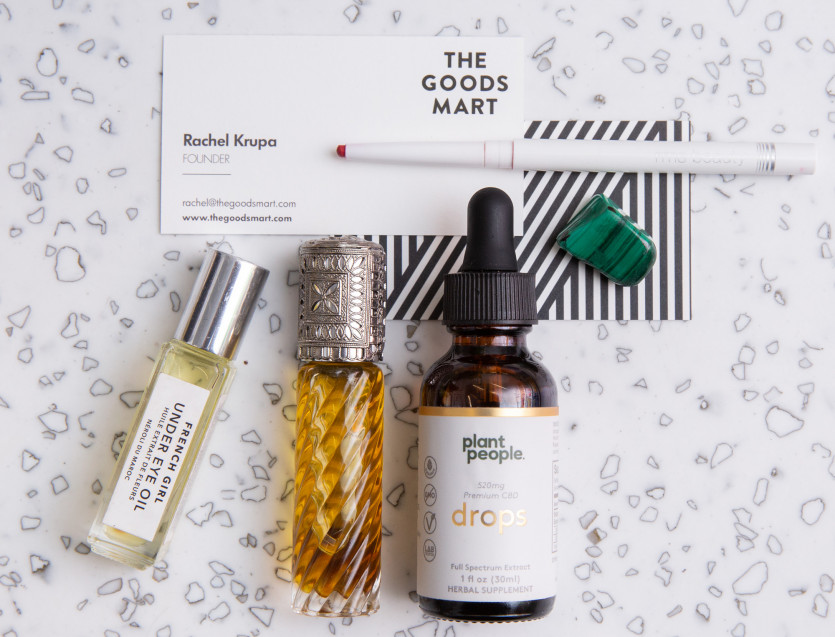 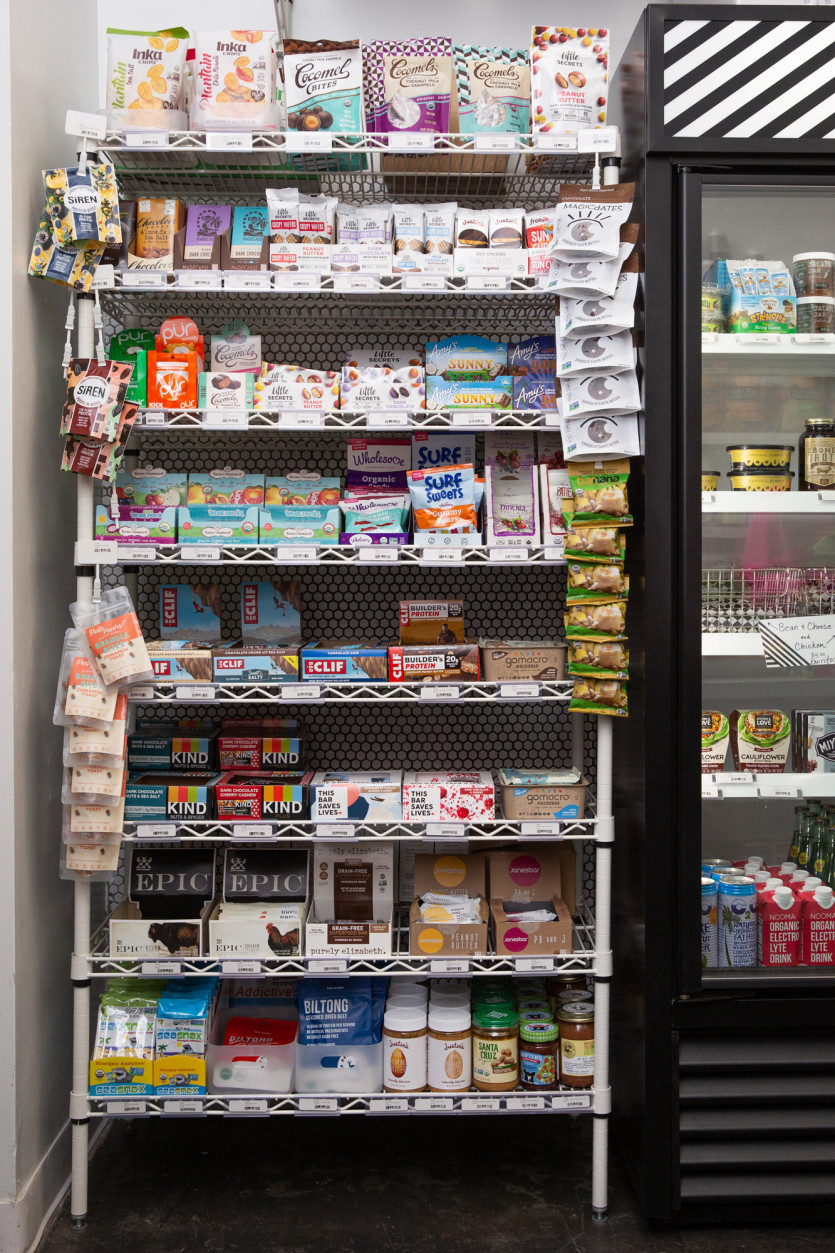 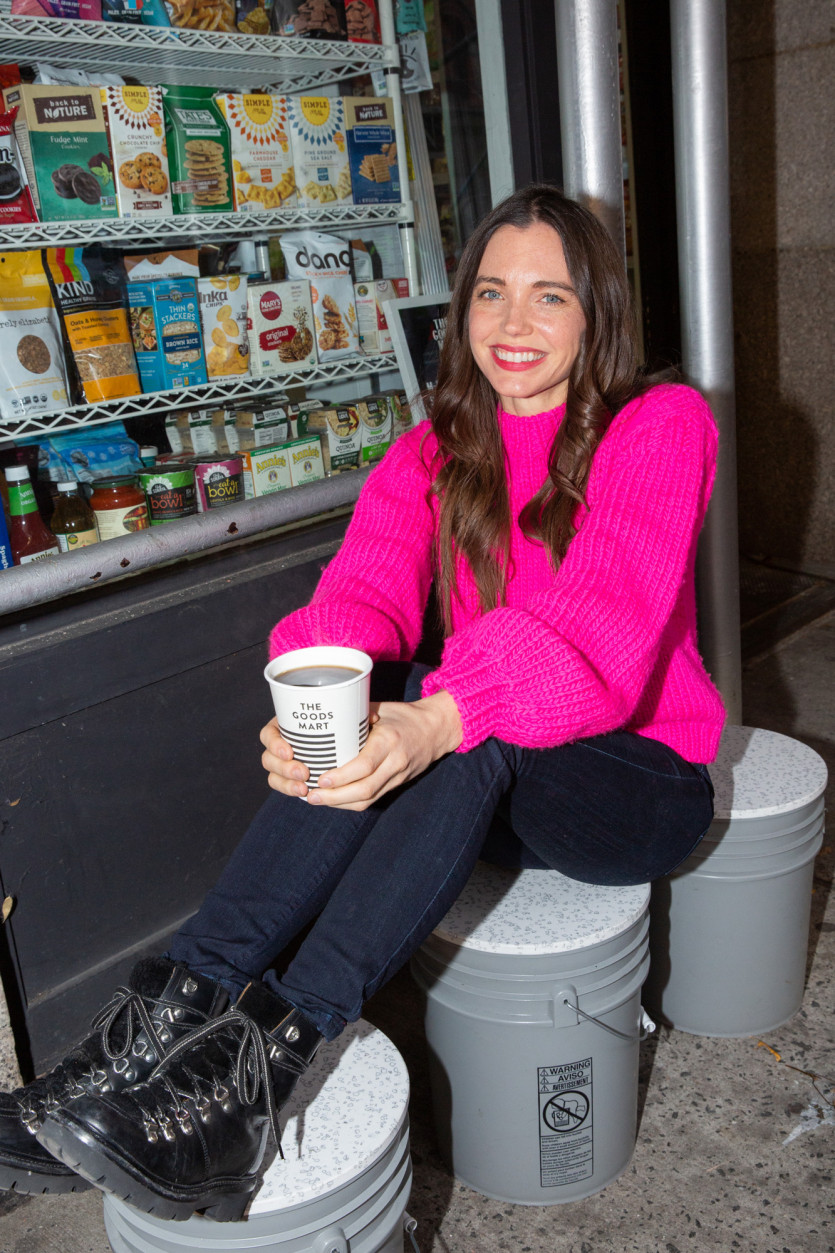 Something people don’t mention often is that a lot of the young, cool entrepreneurs we see today actually come from a lot of family money and have a lot of capital to start with. How do you raise capital?

“I built Krupa from nothing. I quit my job and I had no savings. PR, as we know, pays like, nothing. I had to have a client on in order to pay the rent. One client referred another client that referred another client. We grew based on what we had coming in. The business that I grew for nine years allowed me to get a line of credit from the bank in order to open up The Goods. So it was me having the balls, and we talked about this before, to take out a loan to start a new business knowing that if it fails, I still have to pay that line of credit back. So if there’s a will, there’s a way. You know, I could’ve gone the asking-the-friends-and-family route, but I also wanted to know it was a viable business before I asked people for money.”

What are the best-selling products in the store?

Were there certain products that were hard to find that you knew you had to have?

“We constantly look for it. For example, the candy. It’s the non-artificial, organic candy. There’s still not a really good natural Skittle out there. We’re still looking for that. We have the mission of no single-serve plastic bottles, so finding functional beverages and juices is difficult because most of the products are HPP, and that has to be a plastic bottle and not glass, because the glass will break. So we haven’t found a juice yet. Licorice is hard because it’s a little bit too waxy. But then we found Panda, which is from Finland, where my mom is from. That was a moment of excitement—everything came together.”