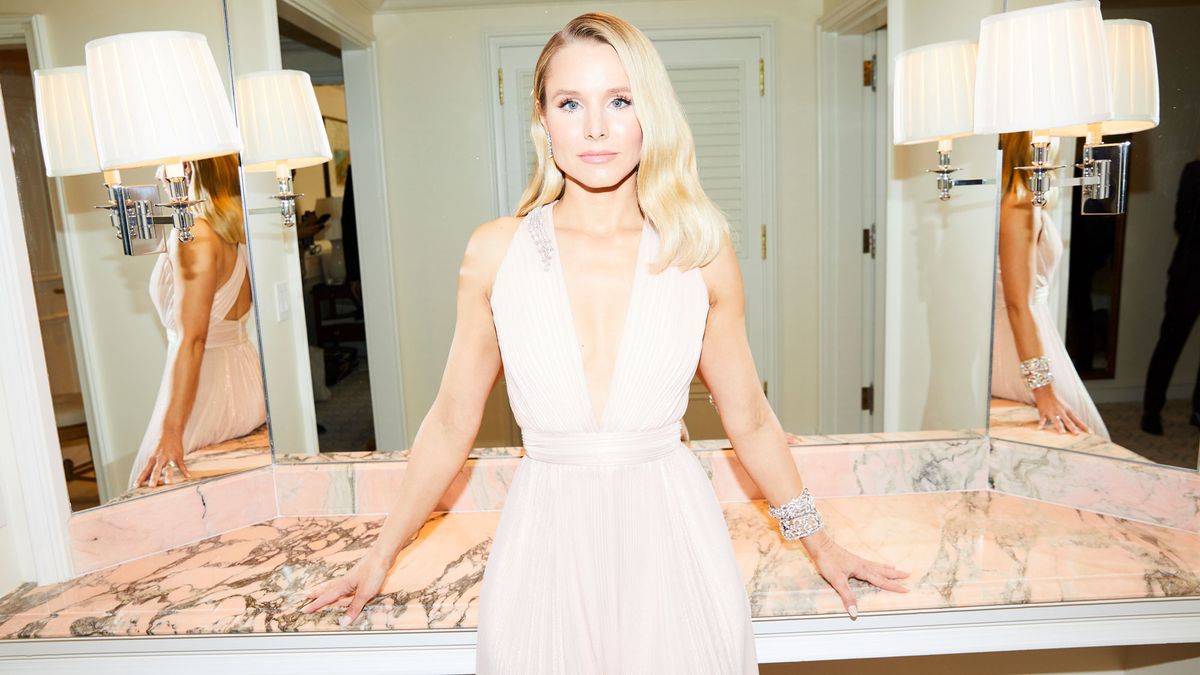 Her stylist, Nicole Chavez, and husband, Dax Shepard, were there, too.

Jodi Taylor
Tristan Kallas
The Hamilton soundtrack is playing in the background. Through the haze of hairspray, we could make out Kristen Bell and Dax Shepard stuffing hotel napkins into their necklines (Bell’s a deep blush Zuhair Murad V she was protecting from her makeup, and Shepard’s a crisp white collar). They role-played a family dinner at Red Lobster. If you couldn’t deduce it at this point, you should know we’re in a ritzy hotel room in Beverly Hills prepping for the 76th Golden Globe Awards with Bell’s glam team, including longtime stylist Nicole Chavez.

It wasn’t long before Shepard took control of the music—not before chirping his Golden Globe-nominated wife’s musical afinity—switching to rap and hip-hop while hairstylist Jenny Cho touched up the actress’s shiny S-waves and makeup artist Simone Siegel added a few final dustings of finishing powder. Bell, who was nominated for Best Actress in a TV Comedy for her leading role in The Good Place, channeled old-Hollywood glamour in a full-length pleated gown and Brian Atwood heels Chavez had custom-dyed to match the dress perfectly. There was a heavy sprinkling of Harry Winston diamonds to finish off the look. Thank goodness Chavez gave us all the details of Bell’s look (and more) below.
1 / 39
Nicole Chavez: “We started thinking about [the] Globes early December as an idea because I wasn’t sure if she was going to go. When we found out she was nominated the second weekend of [December], we had to hit the ground running.”
Want more stories like this?

We Lost It Over These Golden Globes Looks
The Best Golden Globes Beauty Trend Was No Trend
Fiona Xie Wore $500k Wore of Jewels to the Crazy Rich Asians Premiere
Golden Globes Red Carpet
Part of the series: