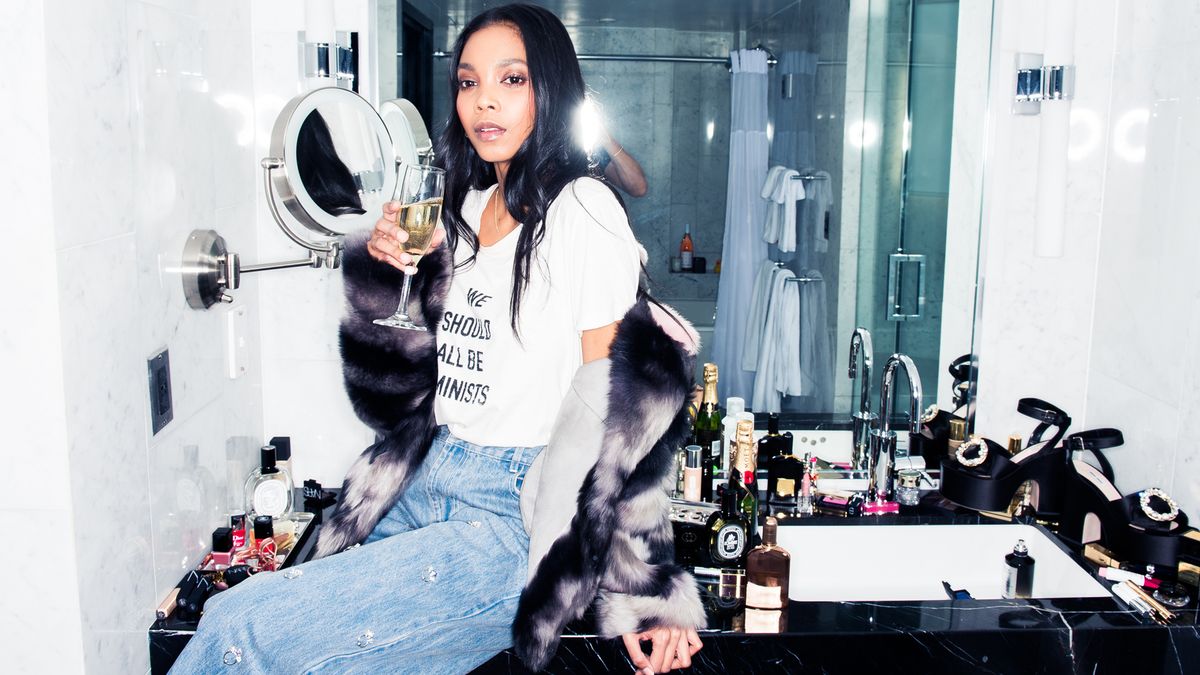 How Emily Post Would Party in the Age of Social Media

Sit up straight... No elbows on the table... Chew with your mouth closed. In simpler times, before Facebook and Twitter and Instagram, minding your p’s and q’s at a holiday party was fairly easy; adhere to the aforementioned, and you’d be all good. But in the age of social media, decorum isn’t so black-and-white. If you’re at someone’s home, do you need their permission to post photos of their decor? And what about when dinner is served—is it OK to snap pics of the duck confit and apple tarte, or is that gauche?

We’ve had lots of questions as we’ve prepped for another season of office parties, meeting in-laws, and gathering with friends and family, and for answers, we turned to Lizzie Post, great-great-granddaughter of legendary etiquette expert Emily Post and co-president of the Emily Post Institute. Post, who also hosts the Awesome Etiquette Podcast, gave us her advice for being a well-mannered party guest in 2018. Take note.

If you’re at a party and waiting for a friend to arrive, is it OK to entertain yourself on your phone?

“It depends on the type of party. If the point is for you to be there mixing and mingling, you should really be participating. That being said, it can be tough. A lot of people get nervous and they don’t know what to do, so I never begrudge someone turning to that phone. But if you can first try to talk to a couple of people and maybe get some food or a beverage, that says, ‘I’ve showed up to the party, I’m participating, and I’m not immediately heading to a corner while I wait for my friend to show up.’”

What are the rules with having your phone out during a sit-down dinner?

“You don’t. The only time that a phone comes out during a sit-down dinner is, let’s say, you regularly dine with people in your social circle at someone’s home and it’s very casual. That’s the kind of atmosphere when people are coming to the table with their phones in their pockets, and there comes a moment when everyone is debating something that you can just Google, or you’re telling a story and a photo has to come out to enhance it. But as a guest, you should never really be the one initiating that. Leave it to the host to say, ‘Somebody grab their phone, we gotta see this photo.’”

Let’s say you’re at someone’s home and you really love the decor. Is it OK to post pictures of it?

“You should ask the host first. We’ve actually had people write to the podcast saying, ‘Someone came over to my house, took all these photos, and then shared them. It looked like my house was for sale—they photographed every room.’ It can be really awkward and feel very invasive. Most hosts are going to be receptive of you taking party pictures, but not receptive of you taking photos of their home.”

If you’re taking pictures at a party and other people are in them, do you need their permission to share them?

“I think it’s always a good idea to ask, especially if you’re with people you don’t know or new groups of friends.”

People will often ask for your social handles at a party and follow you on the spot. Is that considered good manners?

“It’s not bad. It’s fine if people want to do that, but I wouldn’t advise anyone when they go to follow someone saying, ‘OK, follow me back.’ But just asking to follow you and doing it right then and there is OK.”

So if someone follows you, you’re not obligated to follow them back?

“No. Big relief—you’re not obligated to follow anybody. It’s your choice how you manage your accounts.”

People can see where you are and what you’re doing on social media. If you decline an invite to one party, should you refrain from posting a picture from another one?

“No, no, no—not at all. This is a really big problem during the holidays. There are only so many nights during the season, and it’s entirely possible that you’ll get invited to two, three, four, or five parties on the same night. You’re going to say yes to one—or a couple and party-hop—but there will always be something you’re saying yes to and something you’re saying no to. If someone says no to your party but posts photos at another one, you gotta let that go. It’s not your business, really. Focus on what happened on your party and who came to it.”

These Are the Party Essentials We Want Right Now
Entertaining Tips from the Dinner Party King of New York
4 Outfits to Get You Through the 4 Holiday Parties You’ll Be Invited to This Year
Holidays
Part of the series: