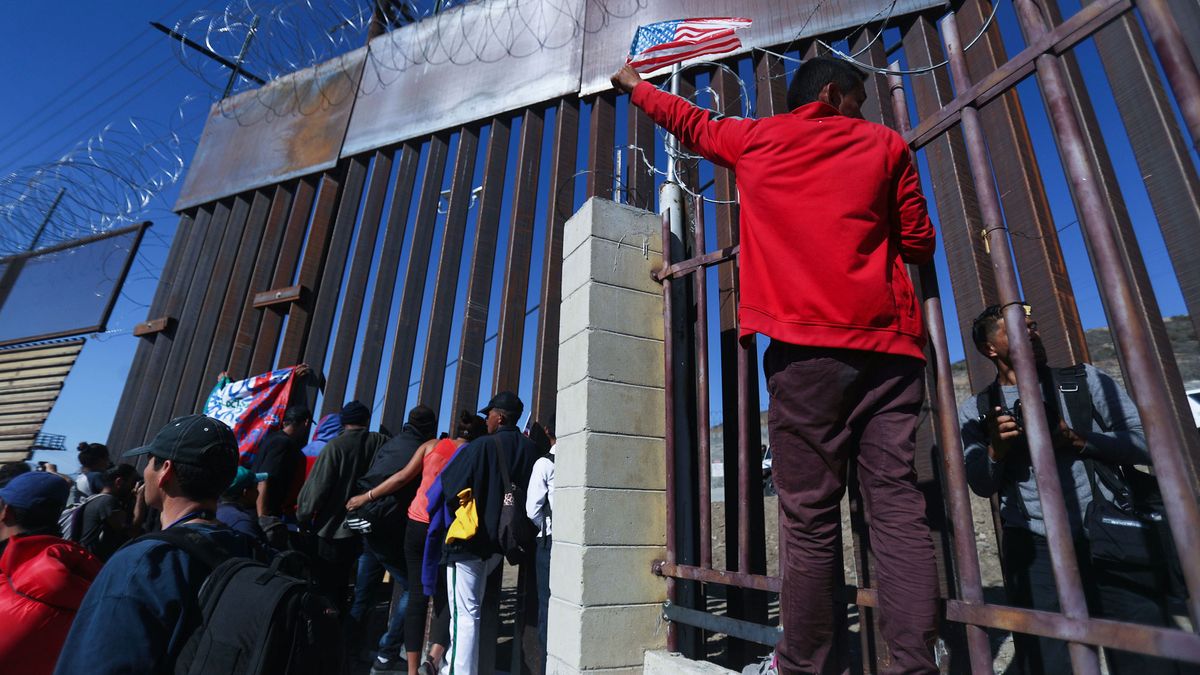 Tear Gas in Tijuana: The Crisis at the U.S. Border, and What We Can Do

When unarmed women and children are attacked, we have to act.

Yesterday a group of hundreds of migrants marching from Central America was stopped at the border between Tijuana and San Diego by tear gas. The group tried to get around a Mexican police blockade, and officials from U.S. Customs and Border Protection responded with the chemical agent, as per the New York Times. There were many children in the group. The photographs are heartbreaking. So—what exactly went down? And how do we help?

To the first question, it sounds as though at least 500 migrants marched from their shelter to the border, where they were met with two barriers. As some breached the second blockade, which was topped with spikes, tear gas was unleashed. “We ran, but when you run, the smoke smothers you more,” 23-year-old Honduran migrant Ana Zuniga told the BBC. She was with her three-year-old child.

Next, officials shut down the San Ysidro border crossing, which usually sees about 100,000 visitors per day, according to the BBC. According to a statement from Homeland Security Secretary Kirstjen Nielsen, some migrants “sought to harm CBP personnel by throwing projectiles at them,” which was their reason for the escalated response.

As to how to help: The National Network for Immigrant and Refugee Rights has a well-organized page of border advocacy groups, all of which need support now and always. The ACLU is working to file cases for immigration law on the state and federal level that would assist and protect migrants seeking asylum in the U.S. The Women’s Refugee Commission advocates on behalf of women and children, stepping in during the border crisis to aid those in need. There are many other worthy organizations to support out there—what matters most is choosing one and donating what you can.

To read more in-depth pieces on this and gain a better understanding of the whole picture, head to the New York Times, the Washington Post, or the BBC.

A Black Lives Matter Cofounder on How Immigration Policy in Trump’s America Is Different—and the Same
Will Affirmative Action As We Know It Change Forever in Higher Education?
Here Are Ways You Can Help Families Being Separated at the Border