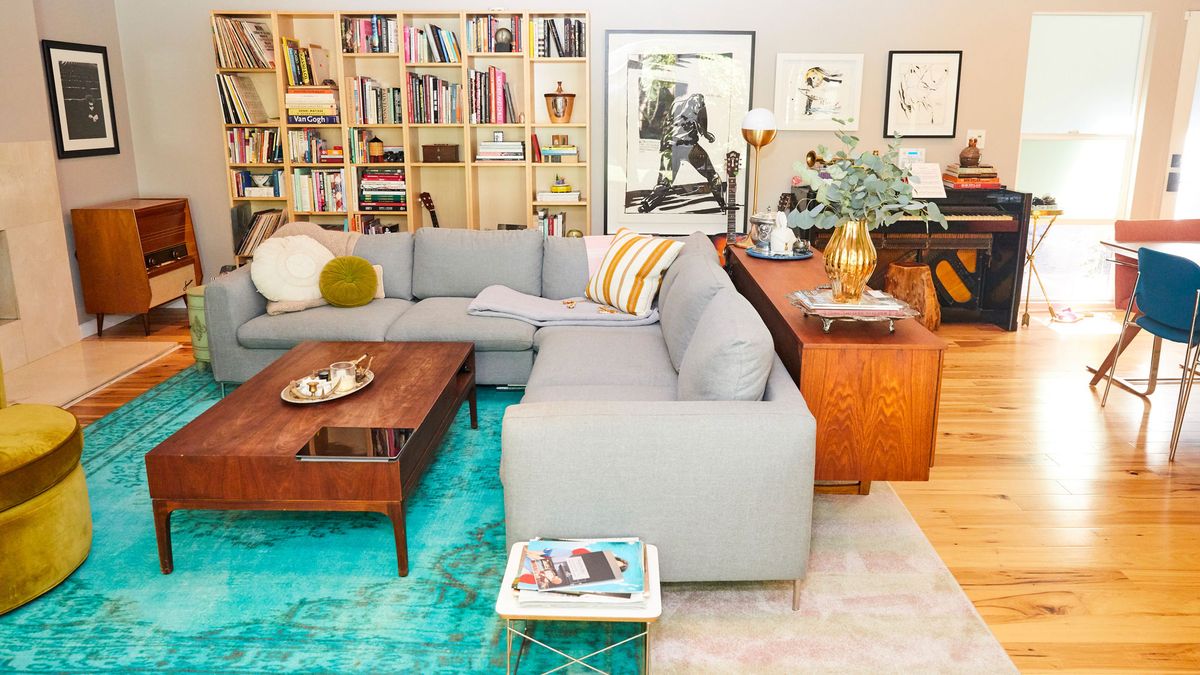 Hannah Baxter
Tristan Kallas
We’ve waxed poetic about the many, many benefits of moving from New York to Los Angeles (square footage, anyone?) but some people take to the relaxed lifestyle of the West Coast particularly well, in everything from their linen wrap dresses to their furniture. Case in point: Jenn Streicher. The makeup artist—who is also one-third of the three-sister team behind STRIIIKE salon in Beverly Hills—put down roots amongst the rolling hills of Laurel Canyon eight years ago, along with her husband and son, Arrow. “It’s just a lot of energy,” she says of her time back east, though the sisters grew up in Northern California. “I think when you’re young, you’re so into it, and then as you start to get older, all of a sudden you want a little bit more space. You want to spread out a bit; you want it to be a little bit easier.”

Her mid-century home is the perfect combination of welcoming and stylish, from the mossy velvet chair in the living room—her favorite find—to the custom wallpaper that covers everything from her son’s room to her makeup corner (more on that later). Check out the rest of the house and garden below, plus learn her genius tip for revamping your space without spending a dime, and why she’s an advocate for doing all your work from bed—a mantra we can get behind.