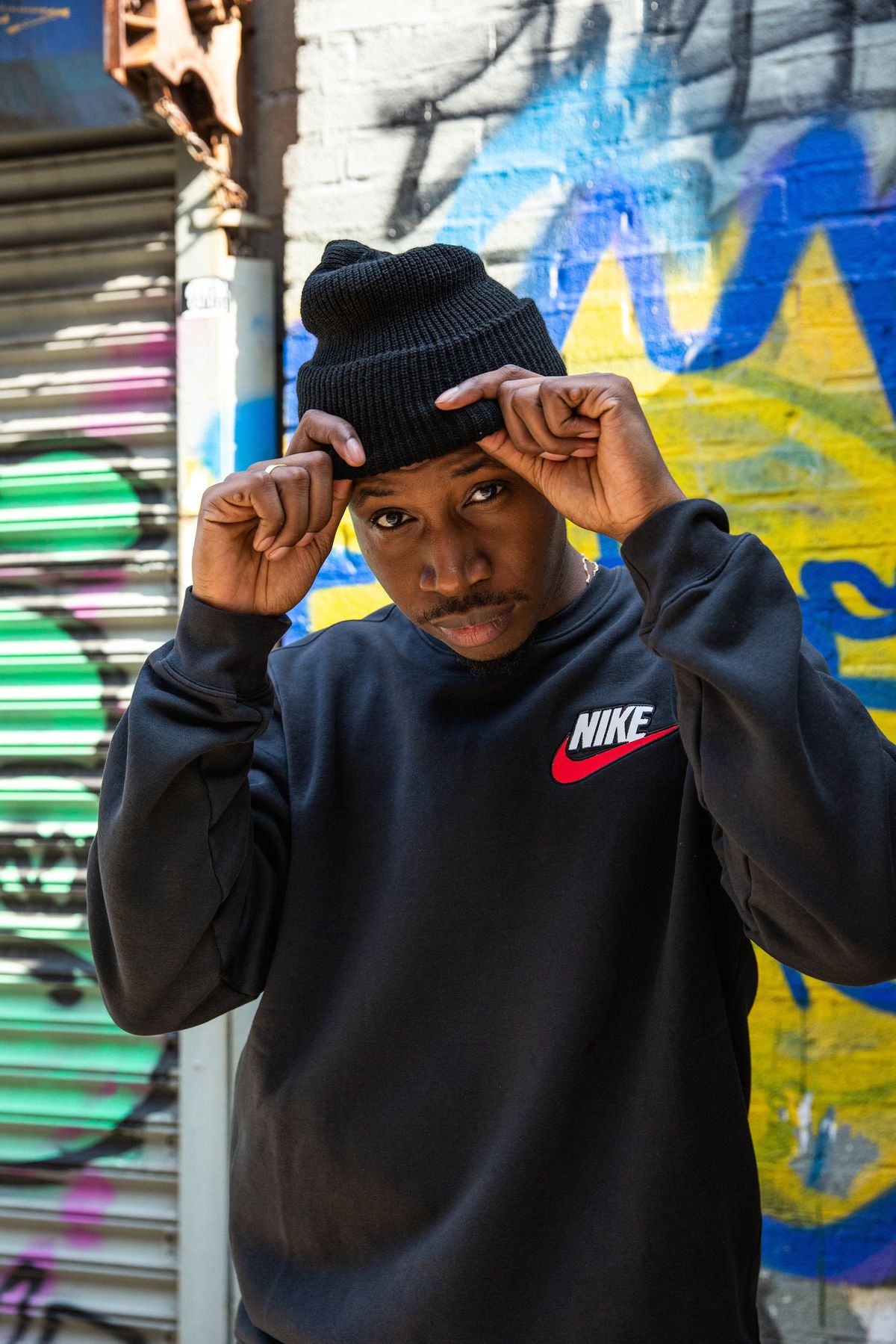 The Jersey native on his career at Complex, having dinner with P.Diddy, and being recognized by Jay-Z. Brooklyn.

Jodi Taylor
Alec Kugler
Jodi Taylor, Nandi Howard
“It’s nuts that Steve Stoute, the guy who helped me get my first leg in New York, introduced me to Diddy and now I’m working with Diddy on his show with Joe Budden.” We’re sitting on the couch with Brandon “Jinx” Jenkins—former Complex news anchor, editorial producer, and host of The Culture and Pigeons & Planes P&P Update—as he recounts the career path that led him to where he is today, co-hosting Revolt TV’s State of the Culture alongside Joe Budden, Remy Ma, and Scottie Beam. It’s been a wild ride. Jenkins, a well-known personality in both the music and media industries, is no stranger to being in the company of greatness, as he was that night at dinner with Diddy. His list of professional projects and celebrity encounters reads like a dream: meeting Michael Jordan and LeBron James; interviewing Kendrick Lamar and Kobe Bryant (at the same damn time); helping to launch projects for Pusha T and Alchemist; chatting it up with Jay-Z; and helping to orchestrate the Complex cover with Quality Control’s Kevin “Coach K” Kee, Pierre “Pee Thomas,” Migos, and Lil Yachty. The multi-hyphenate also co-founded The Group Chat podcast alongside Emily Oberg and Chris “Speedy” Morman, and dabbles in both photography and deejaying whenever he gets the chance. Polaroids of famous rappers and designers cover the coffee table in Jenkins’ Brooklyn apartment, where we chat about the Morehouse grad’s career while balancing Timberlands on top of a newly acquired piece of art. While we rifled through Cactus Plant Flea Market pieces and a shoe store’s worth of sneakers, Jenkins went into detail about his various internships and jobs and how he earned the nickname “Jinx.” For a career story that’s as fascinating as it is inspiring, keep clicking.
Closet

The Jersey native on his career at Complex, having dinner with P.Diddy, and being recognized by Jay-Z. Brooklyn.

Joe La Puma on Retroed Sneakers, the One That Got Away, & Using Coveteur as a Cheat Code
Emily Oberg on Her Dream Sneaker Collab & Internet Strangers Asking Her to Prom
Inside Mike “Upscale Vandal” Camargo’s Closet
More From the series Closet